The OnePlus Nord 2 has allegedly faced another explosion and this time, it happened with a lawyer inside his black robe. 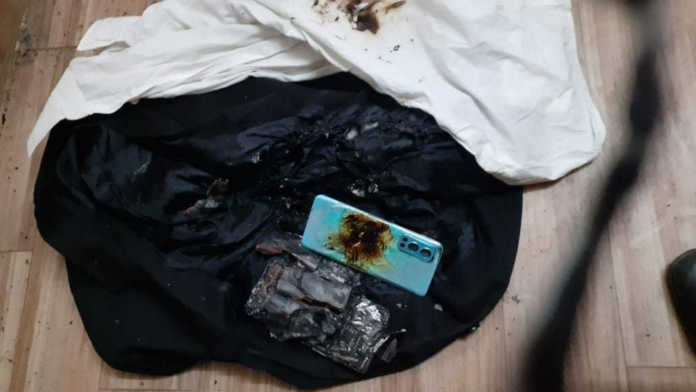 OnePlus Nord 2 has been in the news before for an alleged explosion and this time again, the device may have been exploded in a lawyer’s black robe. This time, the device was resting idle and suddenly caught fire and exploded.

The name of the user whose device exploded is Gaurav Gulati. He shared images on Twitter which show the device completely damaged from all sides. MySmartPrice reached out to the person when he confirmed his phone was in his black lawyer’s robe when he felt something hot in his pocket.

Gulati, later on, noticed smoking coming out of his robe and he threw his robe away. The phone later caught on fire and exploded inside an air-conditioned court chamber, said, Gulati. The victim also confirmed that the device had over 90 percent of charge and wasn’t being used before the incident.

OnePlus reached out to the person but it seems like they want to take things further in a legal manner. Gulati said he will submit the device to the police by filing an official complaint against OnePlus India. OnePlus even agreed to compensate the person but Gulati denied the same.

“What is the worth of life of a person if he died by leaving his survivors. It is worthless. We have already decided to file damages against the company in a court of law. If they are ready to compensate, they can make a written agreement in the public domain or we will pursue as per law and ask them to discontinue the device OnePlus Nord 2 5G with immediate effect,” Gulati told MySmartPrice.

The publication also reached out to the smartphone maker and OnePlus said, “Last evening, an individual notified us about an alleged blast case for the OnePlus Nord 2 on Twitter, and our team immediately reached out to this individual to verify the legitimacy of the claim. We take every claim such as this very seriously out of concern for user safety”.

“However, despite multiple attempts to analyse the device, including a visit to the premises earlier today to examine it in the individual’s presence, he has so far denied us the opportunity to perform a proper diagnosis. Under such circumstances, it is impossible for us to verify the legitimacy of this claim or address this individual’s demands for compensation”, they added.

Gulati wants a ban on the sale of the OnePlus Nord 2 because of the explosion. He also wants the company to recall the already sold devices for inspection to prevent such an incident from happening again.

This is the second time the device is exploding in India with a customer. The first time, it was a user’s wife’s OnePlus Nord 2 that blasted inside her sling bag while she was cycling. The woman had bought the new Nord 2 just a few days before the incident took place. The victim was said to have met with an accident and was in trauma following the incident.

The user Ankur Sharma from Bengaluru also posted images of the damaged unit. The pictures showed the rear panel totally destroyed. The frame, side panel, and display are burned as well. Back then, OnePlus replied that it regretted the incident, though the company did not clarify the cause of the explosion. A third incident was also reported, however, it turned out to be fake post investigation by the company.