Nothing has issued an update for the Nothing launcher bringing wider availability and new features. 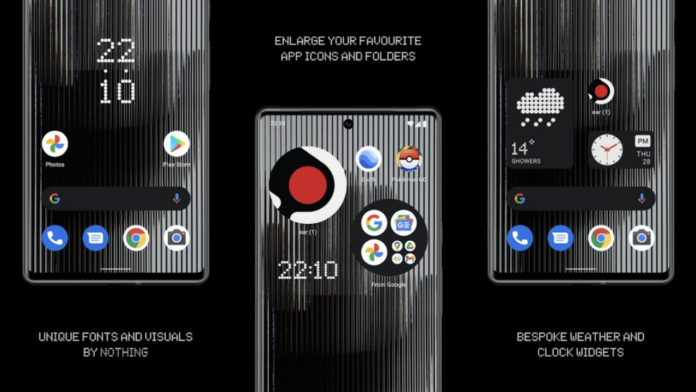 Nothing launcher was released by the London-based startup a couple of weeks ago with limited availability but now, the company has announced that the launcher will be available for all those who have smartphones running Android 11 and up. Moreover, it also issued an update for the launcher with a list of changes and new features.

Nothing issued an update for the launcher on the Play Store which has made it available for all smartphones that are running on Android 11 and up. The update also brings changes and new features including:

“These improvements are all based on what you’ve said to us since we released Launcher (Beta). We know there’s more work to be done, but these immediate improvements are a first step. We’re building Nothing OS together here, and for that reason, a massive thanks for all your input”, said Nothing in the announcement post on its community.

The launcher was initially limited to Samsung Galaxy S21 and S22 series, as well as Google Pixel 5 and Google Pixel 6 smartphones. Meanwhile, specifications for the upcoming Nothing Phone (1) were also leaked suggesting it could come with a Snapdragon 778G processor. The Nothing Phone 1 will sport a 6.43-inch full-HD+ AMOLED display with a 90Hz refresh rate and HDR10+ support, according to the leak.