Nothing launcher available for limited smartphones: How to use it?

Nothing launcher is now available for limited smartphones with features such an Max folders and icons, custom widgets and more. 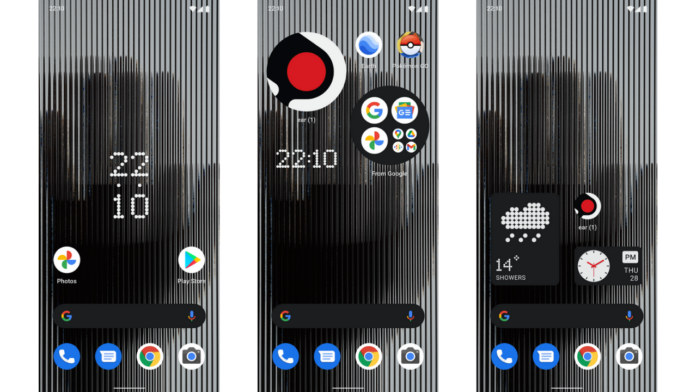 For those unaware, launchers are the place where you arrange, organize, and interact with the apps on your Android smartphone or tablet. Various launchers have various features. The launcher which will be the default one on the Nothing Phone (1) also has a different set of features such as over-sized icons and folders. One can hold and press on an app icon to enlarge app folders or individual apps, so the things you use the most are more visible. Launch any app directly from your folders. Your most-used apps will appear first in the folder, says Nothing.

Further, inspired by the Nothing logo, there are a bunch of widgets which use the same dot matrix font as the logo. Nothing has also provided wallpapers so you can customise your home screen with the associated colour palette.

Read More: What Nothing Needs to Do to Succeed in the Phone Market

Furthermore, one can also download additional Nothing designed wallpapers and three ringtones tuned by teenage engineering. However, not everyone can enjoy the launcher as of now. It is currently available only the Samsung Galaxy S21 series, Galaxy S22 series, Google Pixel 5 and Pixel 6. Nothing also says that support for OnePlus smartphones is coming soon.

How to set Nothing launcher as your default one:

After using the launcher, users can tell Nothing about their Launcher experience and give improvement suggestions on its Discord server so it can improve the launcher based on user feedback.