Realme Pad 5G has been teased by Xu Qi, Vice President of Realme. This tablet will be very competitive in the Android tablet market. 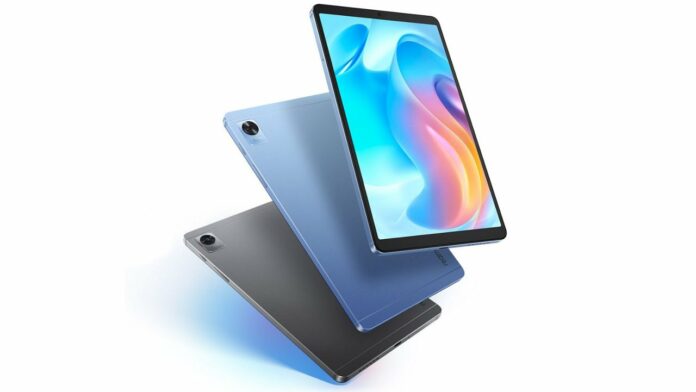 Realme is cureently working on a new Realme Pad tablet, following the Realme Pad and Realme Pad Mini. Now the company has teased the new tablet claiming it to be the “king of tablets”. In addition, a leak has revealed the launch date of the Realme Pad 5G tablet.

Xu Qi, Vice President of Realme, teased the new Realme Pad 5G. The teaser only shows the rear portion of the tablet in his hands. The company also claims that this tablet will be very competitive in the Android tablet market.

As per Chinese tipster Bald Panda, the flagship Realme tablet will launch on May 26. Further, he claims that Realme Power Bank Pro will also be launched alongside. The new power bank will be Naruto-branded but at the moment, its capacity is not known.

As per a previous leak, the upcoming Realme tablet could be arriving in two CPU variants. The first one may arrive with the Snapdragon 870, whereas there could be a variant featuring the Snapdragon 8 Gen 1 chip.

In addition, the Snapdragon 870 chipset variant will be equipped with an LCD panel that offers a 2.5K resolution and 120Hz refresh rate. It will be powered by an 8,360mAh battery. Besides, the tablet will have support for a stylus, which could be called the Realme Pad Pen. The device may arrive with price range of $300 .

Realme Pad 5G could also be powered by yet to be announced Snapdragon 8 Gen 1+ chipset. This variant could be called the Realme Pad 5G Master Explorer Edtion.