Realme Pad 5G tablet could be arriving in two CPU variants. The first with the Snapdragon 870 and other one with Snapdragon 8 Gen 1 chip. 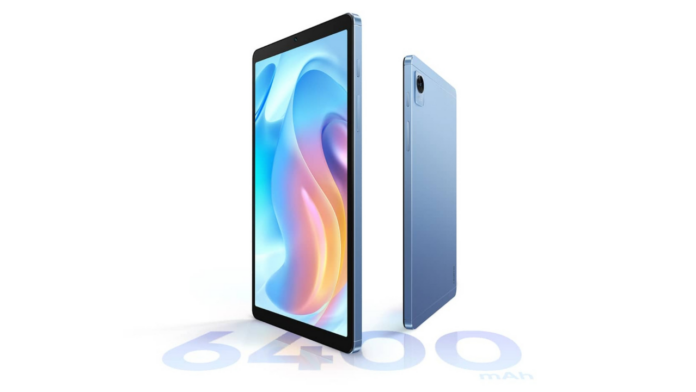 As per tipster Digital Chat Station on Weibo, the upcoming Realme tablet could be arriving in two CPU variants. The first one may arrive with the Snapdragon 870, whereas there could be a variant featuring the Snapdragon 8 Gen 1 chip.

Further, the leak says that the Snapdragon 870 chipset variant will be equipped with an LCD panel that offers a 2.5K resolution. It will be powered by an 8,360mAh battery. In addition, the tablet will have support for a stylus, which could be called the Realme Pad Pen.

Realme Pad 5G could also be powered by yet to be announced Snapdragon 8 Gen 1+ chipset. The tipster claimed that the chipset was expected to launch by early May, but now it has been delayed. This variant could be called the Realme Pad 5G Master Explorer Edtion.

In addition, the tablet is backed by a 6,400mAh battery and will support 18W fast charging with reverse charging. It runs Android 11 with realme UI for Pad. For the optics, the front side has a 5-megapixel camera for selfies and video calls with an f/2.2 lens. Additionally, its rear side will feature an 8-megapixel shooter.