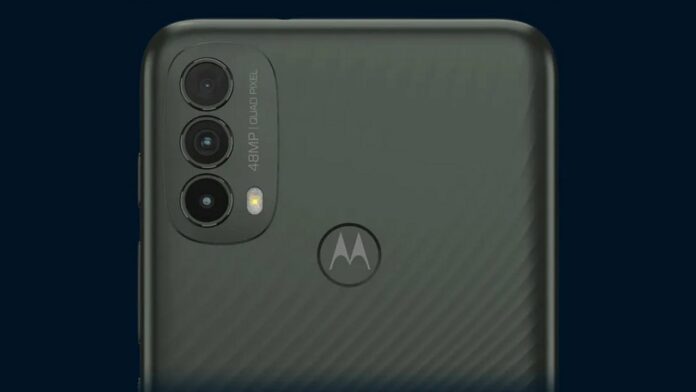 Leakster Evan Blass (@evleaks) has shared a set of renders with the upcoming phone. The renders confimrs that Moto E40 will come with a triple-camera set up at the rear. The fingerprint scanner is also placed in the back and has a Motorola logo carved inside.

In addition, the right side of the phone seems to house two buttons above and below the volume rockers. One of them is likely to be a dedicated Google Assistant button.

Moreover, the leak reveals that the phone will come with an Octa-Core processor. As per rumours, there will be a Unisoc Tiger T700 SoC chipset. Further, it will sport a 6.5-inch HD+ display with a 90 Hz refresh rate and 48-megapixel triple camera setup.

Previously, the same leakster revealed the specifications of the upcoming Motorola Moto E40. The phone will sport a triple rear camera setup with a 48-megapixel primary sensor. Additionally, the Moto E40 will reportedly come with a 6.5-inch HD+ Max Vision display with a 90Hz refresh rate.

An octa-core processor will pack the smartphone. It is likely to come with a Unisoc T606 chipset. It is also expected to be running the Android Go Edition operating system.