There seems to be a rush building up to make iPhone X clones that run on Android.

For years now, the Iphone has been a ready reference for a horde of android manufacturers when it comes to 'inspiration'. You cannot be blamed for thinking that at times, manufacturers such as Asus, Xiaomi, Oppo, OnePlus and Vivo don't even try  to distinguish their phone from that of Apple’s latest. If imitation be the sincerest for of flattery, Apple has some serious fans in the Android space. However,  from just building iPhone X clones that run Android, in the past few months, they have become more vocal in comparing the performance of their device with the newest iPhone and showing users how it's better. Today we will be looking at the most copied features of Apple’s iPhone and iOS.

Before we start with the features, let's share an interesting bit of information. Xiaomi is accused of copying  Steve Jobs’ tagline “one more thing,”  when they were announcing the Xiaomi Mi4. Jobs had used this tagline in 2013 to tease its customers about new products that were launching. While launching the Xiaomi Mi4 the CEO of Xiaomi Lei Jun used the same line when the company unveiled a new fitness band known as the Xiaomi MiBand alongside its new phone in July 2014. Of coaurse, Lei has made no secret of his admiration for Jobs and the company he built, with Xiaomi taking pride in being called the 'Apple' of China.

Let's start with the features

Apple has been using the same basic layout on their iPhone since 2007. Android manufacturers have started copying the same no-app drawer type of user interface for their phones to resemble iOS. Not only that some manufacturers have also copied the status bar and stock apps of iOS on their custom Android skins.Xiaomi's MIUI which was launched in 2010 is heavily inspired by Apple's iOS.They have also added the so-called ‘Portrait Mode’ effect for front cameras as found on the iPhone X. This is not the same on all Android smartphones. While some have a dedicated second camera other make use of Artificial Intelligence(AI) to get the same effect such. This feature is found on the Google Pixel 2 and Pixel 2 XL which were launched in 2017. 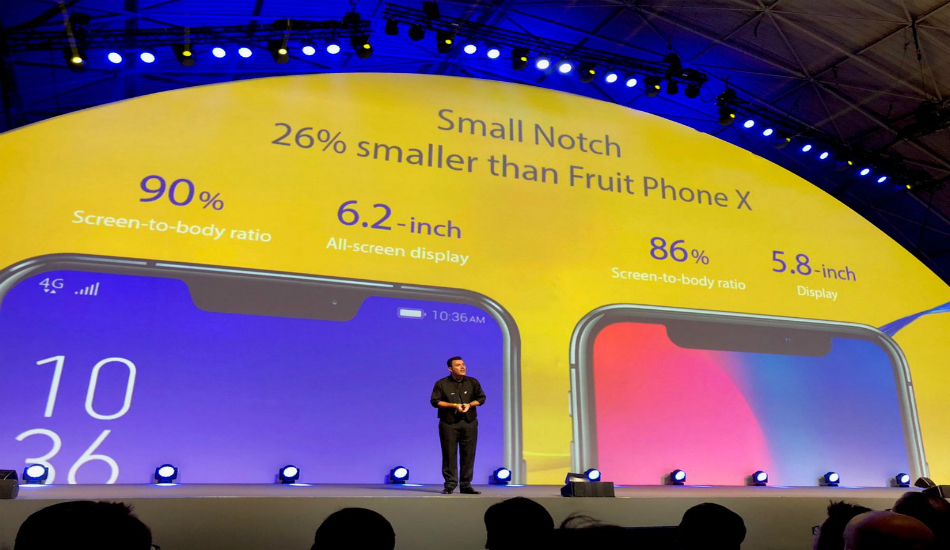 Apple has designed the notch on the iPhone X for a 3D sensing camera for Face ID and the front-facing camera. Apple also wanted to implement a bezel-less display which in turn led to the invention of the notch as it provides the necessary sensors with minimum intrusion. On the other hand, Android manufacturers have been adding the notch to any phone with an 18:9 aspect ratio display. They do not contain any advanced face-scanning technology apart from the front-facing camera and the earpiece. The notch has become a selling point for Android smartphones. Almost like a novelty that marks a phone as post Apple X in its birthdate.It all started with the Essential Phone launched last year.The newly launched Huawei P20 also allows users to turn off the notch by making the elements in the status bar darker.

A lot of people criticized Apple for the notch. Whereas now phones from big manufacturers such as the Oppo F7, Asus Zenfone 5,5Z, and the Vivo V9 also come with notches. Asus has also gone ahead and claim  that their notch is 26% smaller than the one on the iPhone and hence more immersive.The Zenfone 5 was launched last month and comes with a 6.2-inch screen with a resolution of 2240x1080. Because of the smaller notch, the Zenfone 5 has a 19:9 aspect ratio Full HD+ display.It is powered by the Snapdragon 636 processor and comes with either 4GB or 6GB of RAM and a 3300 mAh battery. On the other hand, the Vivo V9 was launched this week and comes with a 6.3-inch Full HD+ display with a resolution of 2280x1080 and a notch obviously. Coming to the specifications it is powered by the Qualcomm Snapdragon 626 processor along with 4GB of RAM and 64 GB of onboard storage. It has a microSD card slot and a 3260 mAh battery. It runs on Android 8.1. Even Google has gone ahead and added support for a notch with its latest developer preview of Android P. 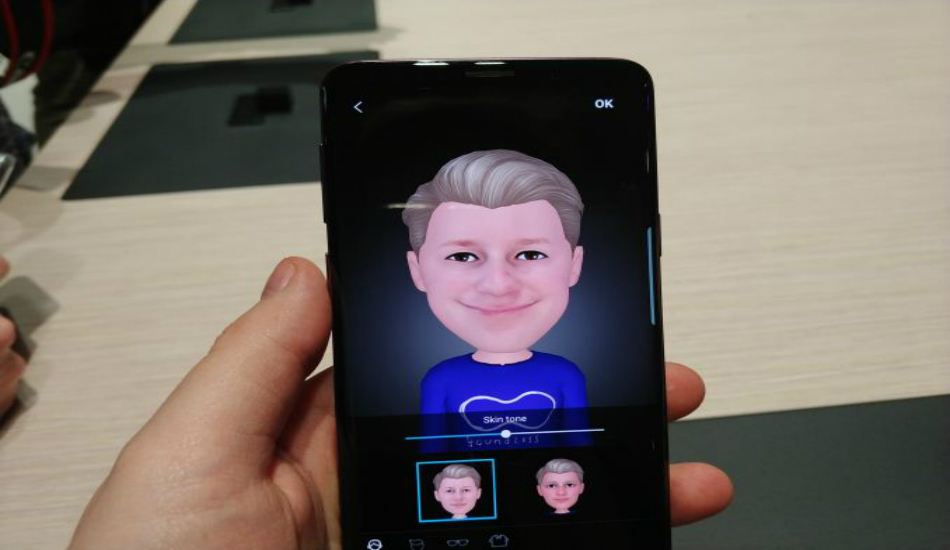 Apple decided to replace the Touch ID sensor on the iPhone X with Face ID. Face ID makes uses of a 3D depth sensor to authenticate and unlock your phone. The Touch ID was first introduced on the iPhone 5S. Now all Android phones, budget, mid-range, and flagship have a fingerprint sensor. This is not a bad thing as it is not only more secure but also faster. Now Android manufacturers have also started adding face unlock feature to their smartphones. Unlike the iPhone X’s depth camera, Android manufacturers use the front-facing camera to authenticate the user. This is not secure and can easily be fooled. Also, this does not perform well in low lighting conditions. Samsung has also copied Apple’s Animoji with their own version known as AR Emoji. It was announced with the launch of the Samsung Galaxy S9 and S9 Plus in 2018. This too uses the front camera rather than a real depth sensor. Android manufacturers need to develop new technologies for biometric authentication.

The only exception to these manufacturers is Samsung. With the launch of the Samsung Galaxy S9 and S9 Plus, Samsung set a new bar for Android flagships. Samsung not only kept the headphone jack for its fans but also added a camera sensor which can change its aperture on the fly. They have also implemented Iris scanning on their Note and S9 phones which is a step in the right direction.This is called revolutionizing.