Android P Developer Preview is out with native support for notch, improved messaging and more 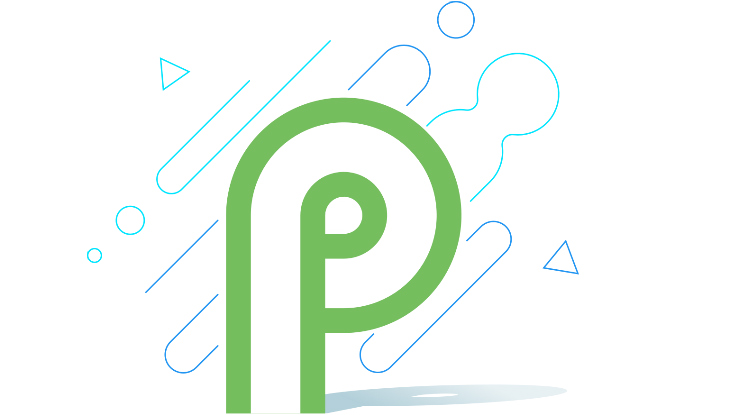 The brand has introduced a range of interesting features like native support for Apple iPhone X-like notch, improved messaging notifications and more with the first Android P Developer Preview

Google has announced the first Developer Preview of the upcoming major update, the Android P. The brand has introduced a range of interesting features like native support for Apple iPhone X-like notch, improved messaging notifications and more.

However, it is important to note the preview is meant for the developers, meaning that regular users will not be able to use right now. The update is meant for Google Pixel smartphones including Pixel, Pixel XL, Pixel 2 and Pixel 2 XL. Google has outlined the entire process of downloading and installing the first developer preview of Android P on its developer website. That said, let’s begin with the key features Google will introduce its latest Android P.

If this year’s Mobile World Congress (MWC) 2018 is any indication, then this year will all about the iPhone X-like notches. With brands like Asus rolling out smartphones with top notch, Google has solved the problem of notches. The brand has introduced display cutout support in Android P Developer Preview. 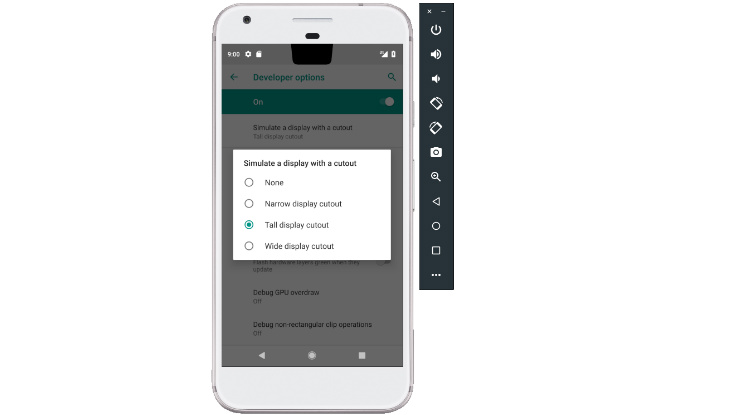 Through this, developers can manage how to display the content on the smartphone with top notches. “Cutout support works seamlessly for apps, with the system managing status bar height to separate your content from the cutout,” Google said in a statement. The feature will also help developers to use full-screen layout for immersive content. Developers will have an option to choose a different form of display cutout, which will further help them in optimizing the display and operating system according to the notch.

Google has introduced new notification panel with the Android P Developer Preview. The company has put a priority on improving visibility and function in notifications. Google has also introduced new Messaging Style, throughwhich users will be able to see conversations, attach photos and stickers. 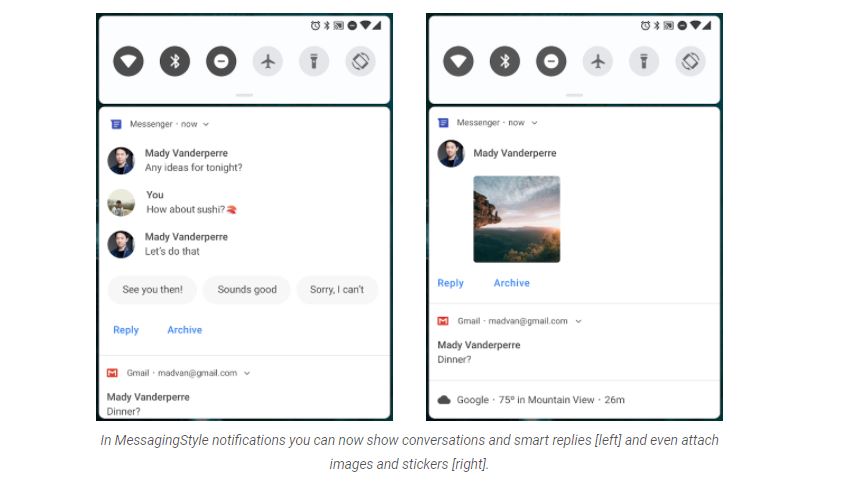 The improved messaging feature will also suggest smart replies and developers will have an option to save replies as a draft, so that an app be able to retrieve the replies sent by the system when a user inadvertently closes a messaging notification. The developer preview also brings an option for developers to identify if a conversation is a group conversation or not.

With Android P Developer Preview, users would be able to access streams simultaneously from two or more physical cameras. This feature will allow seamless zoom, bokeh, and stereo vision. The API also lets you call a logical or fused camera stream that automatically switches between two or more cameras. Other improvements in camera include newSession parametersthat help to reduce delays during initial capture and Surface sharing that lets camera clients handle various use-cases without the need to stop and start camera streaming.

Here are a few other notable features in the first Android P Developer Preview: