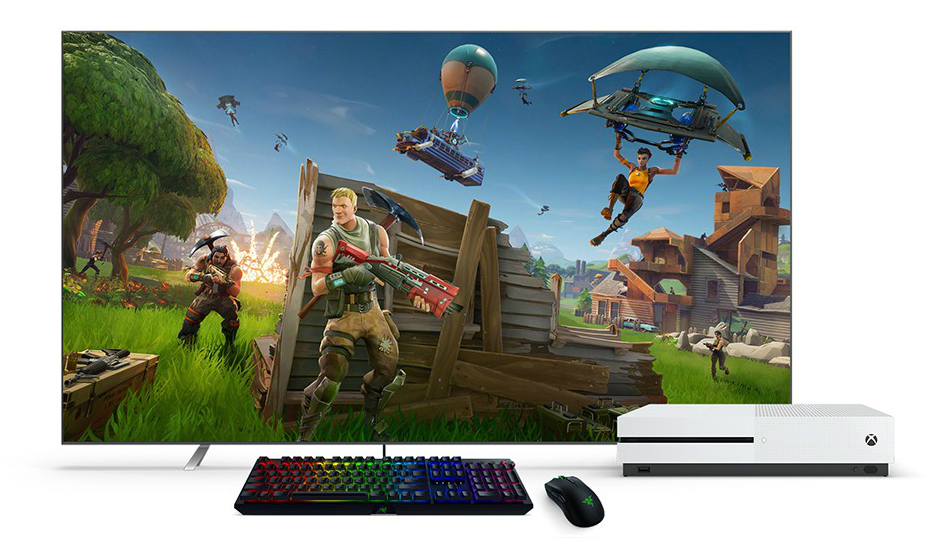 The highlight of the November 2018 update comes in the form of mouse and keyboard support to Xbox One which will enable developers to add their games and players to have newer ways to play games. Additionally, the update will include new Xbox Skills, the Amazon Music app and improved Search.

A month after introducing a new line of Surface hardware products, Microsoft has now announced an update to the Xbox One with a slew of new features that allow newer ways to play games with mouse and keyboard support, console interaction with Xbox Skill, Amazon Music app and improved Search.

Microsoft is now rolling out the November 2018 update to all Xbox one devices as was discussed by its Gaming division VP Phil Spencer earlier this year. The highlight of the update comes in the form of mouse and keyboard support to Xbox One which will enable developers to choose to add their games on Xbox One and players to have newer ways to play their favourite games.

Microsoft has revealed that Fortnite will be one of the first titles to support mouse and keyboard input and will make sure it matches players using the same input together with one another to ensure a fair and fun experience for everyone.

Microsoft is also partnering with Razer to offer gamers a premiere mouse and keyboard experience through Razer-created ‘Designed for Xbox’ mouse and keyboard. It will come equipped with a dedicated Xbox key, and support for the new Xbox Dynamic Lighting capability – enabling immersive game-controlled lighting effects.

Secondly, the latest update now features support for new Xbox Skills through Alexa and Cortana commands. With support for both assistants, users now have the ability to fully close a game/app or navigate around your console by voice commands like “Quit (App/Game Name)”, “Start Navigation mode” or “Press (Button Name)”.

Amazon Music is launching a brand-new app for Xbox One and thus enables Amazon Music subscribers to stream millions of songs and thousands of playlists and stations through their Xbox One family of devices. Last but not least, finding your games will now be faster than ever through Search Expansion which will now include results from Xbox Assist and games you have ‘Ready to Install’.

The latest November 2018 Xbox Update will be available for all Xbox One devices including the Xbox One S and Xbox One X.