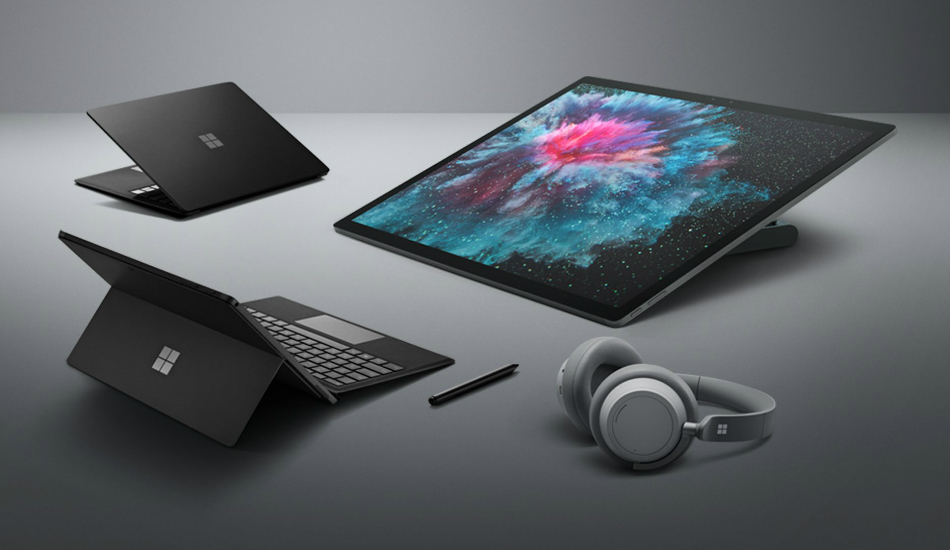 Microsoft’s newest Surface Pro 6 is designed to equip the latest 8th generation Intel Core processors with enhanced internal cooling. Microsoft says the new Surface machine will be able to provide 13.5 hours of battery backup on a single charge and will be 64 percent more powerful than its predecessor.

During the scheduled Surface hardware event in New York last night, Microsoft unveiled a bunch of new hardware to its Surface family. The new line of Surface products includes the Surface Pro 6, Surface Studio 2 and Surface Laptop 2, which start at $899 (approx. Rs 65,740). Microsoft has also introduced the first of its kind Surface Headphones which will be available for $350 (approx. Rs 25,600) during the latter part of 2018.

Starting off with the much-anticipated product, Microsoft’s newest Surface Pro 6 is designed to equip the latest 8th generation Intel Core processors with enhanced internal cooling. Microsoft says the new Surface machine will be able to provide 13.5 hours of battery backup on a single charge and will be 64 percent more powerful than its predecessor.

Weighing in at 770 grams, the Surface Pro 6 will feature a 12.3-inch PixelSense touchscreen display and can be configured to up to 16GB of RAM and 1TB SSD in its most expensive variant. The Surface Pro 6 from Microsoft is available in a single Black colour for a starting price of $899 (approx. Rs 65,740).

Microsoft’s next fully functional notebook is claimed to be 85 percent faster than its predecessor, thanks to the integration of 8th gen Intel Core chips. The Surface Laptop 2 as it’s called will feature the thinnest LCD screen on a notebook. There’s a 13.5-inch PixelSense Screen has a resolution of 2256 x 1504 pixels while having a contrast ratio of 1500:1. Microsoft’s Surface Laptop 2 will be available for a starting price of $999 (approx. Rs 73,000).

The Surface Studio 2, while packing the same design as the original Surface Studio equips Nvidia’s next-gen Pascal graphics and 38 percent brighter screen. The display offers support for DCI-P3 colour space with 22 percent better contrast ratio and faster computing which makes the Studio 2 the fastest of the Surface lineup. The Studio 2 only supports single slot drives means there is no room for a hybrid disk drive but the same can be configured to up to 2RB of SSD. The Surface Studio 2 will be retailed for a starting price of $3,499 (approx. Rs 2,55,900).

Making its debut to the Surface lineup are the new Surface Headphones which come with 13 levels of adjustable noise cancellation and four active noise cancellation mics. The headphones equip 40mm drivers and have been integrated with Microsoft’s Cortana assistant which you’ll be able to interact with the 4 additional beamforming microphones. The Surface Headphone will cost you as much as $350 (approx. Rs 25,600) and will be available later this year.