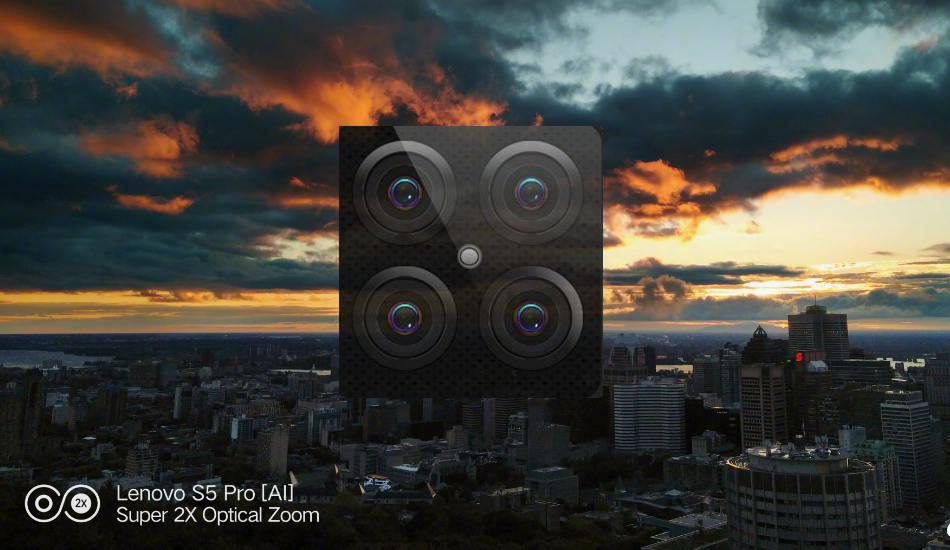 The first teaser confirms that the Lenovo S5 Pro will be equipped with a dual selfie camera setup with one of the sensors to be 20-megapixel.

Lenovo S5 Pro is all set to launch in China on October 18. Now ahead of the launch, the company has posted a couple of teaser posters which reveals the cameras specs as well as the colour variants of the device.

The teasers have been shared by the company’s CEO on the Chinese microblogging website, Weibo. The first teaser confirms that the Lenovo S5 Pro will be equipped with a dual selfie camera setup with one of the sensors to be 20-megapixel. As per rumours, the secondary sensor for the dual font setup will be 8-megapixel which has not been shown by the teaser.The teaser shows the phone in a Rose Gold colour variant.

The second poster shows the Lenovo S5 Pro in blue colour. It also shows off the rear dual-camera setup, with details of the lens aperture. It will come with a f/1.8 aperture sensor on the rear. As per the TENAA listing, the smartphone will come dual rear camera setup with 20-megapixel + 12-megapixel sensors. The device will sport a rear fingerprint scanner.