The most high-end of the bunch, the Tab P10 will be powered by the same Octa-core Snapdragon 450 chip but with 4GB RAM and 64GB storage. The device features a similar 10.1-inch IPS LCD screen with a resolution of 1920 x 1200 pixels for watching FHD content on the tablet and runs on Android Oreo.

A month after announcing the first Google Assistant-powered Smart Display, Lenovo has unveiled a catalogue of Android tablets in one go. The tablets come in various sizes and specifications and fall under the E-series, M-series and P-series, with the cheapest one of the bunch running on Android Go edition with an asking price of $69.99 (approx. Rs 4,900). 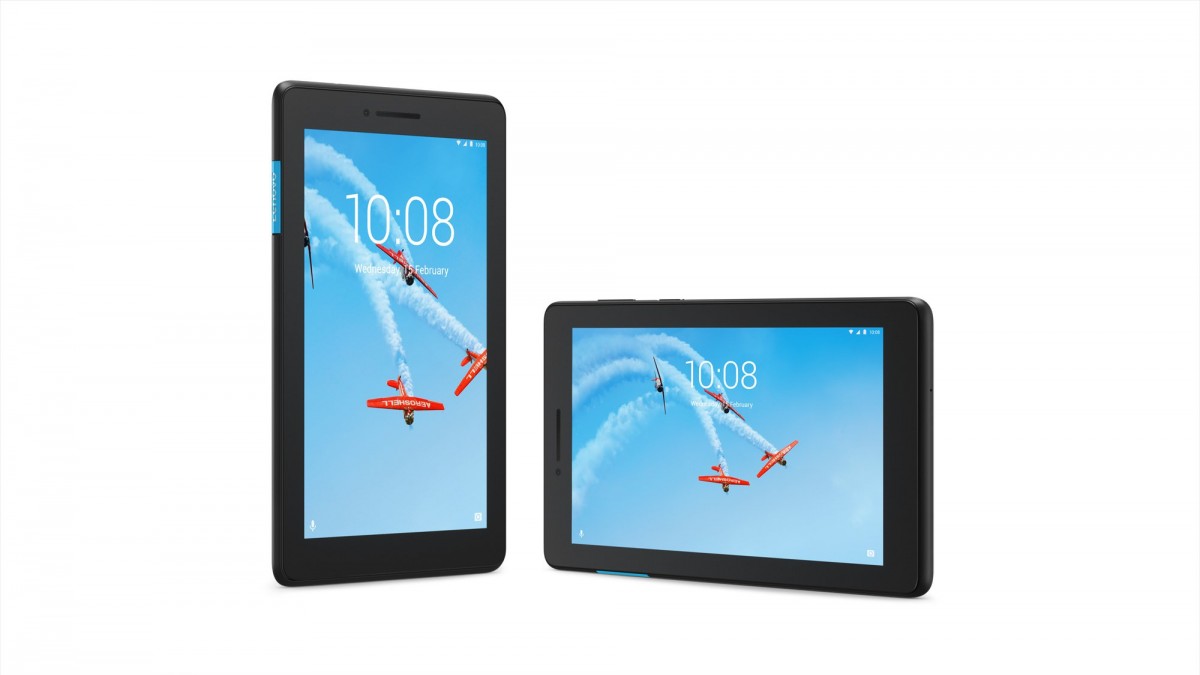 The cheapest of the five comes in a 7-inch form factor with a 1200 x 600 TN LCD display and is powered by a MediaTek MT8167 chip with 1GB RAM and 16GB storage. The device for its miniature processing strength runs the trimmed version of mobile OS which is Android Oreo Go Edition and the included 2750mAh battery will last you up to 5 hours o video playback. The tablet includes a 2MP FF rear camera with a 0.3MP sensor on the front and will be released later during the year for $69.99 (approx. Rs 4,900). 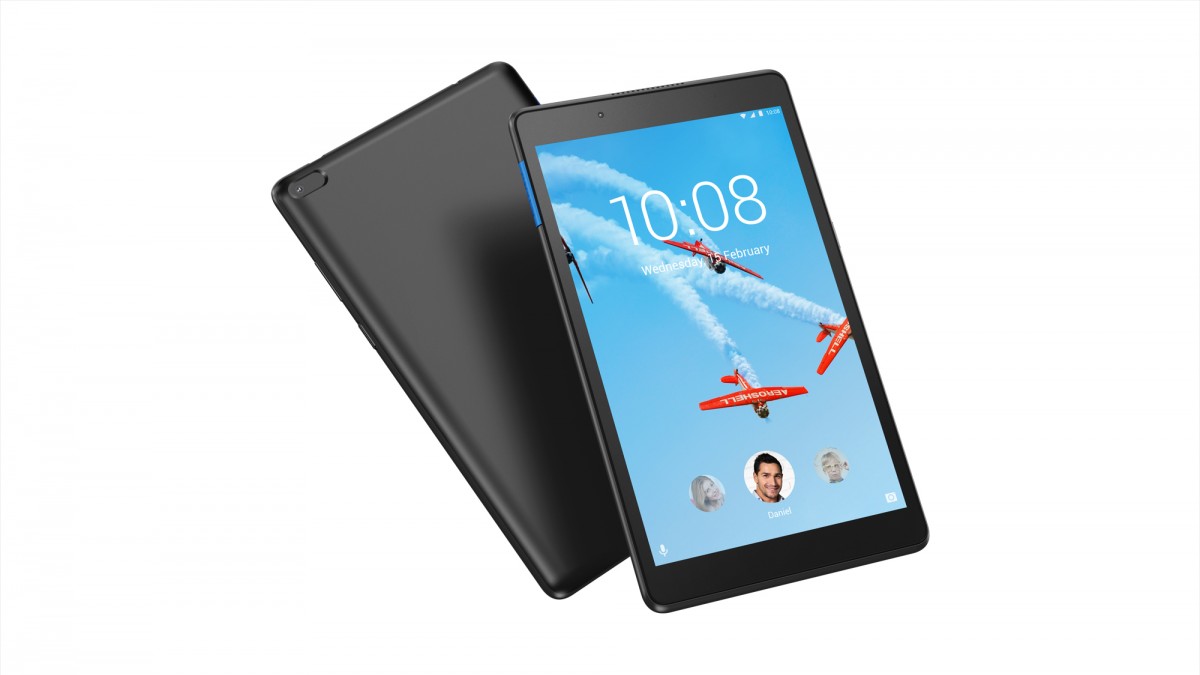 For an asking price of $99.99 (approx. Rs 7,000), the Tab E8 will feature a larger 8-inch HD IPS LCD with a resolution of 1280 x 800 pixels. The device is powered by a 1.3GHz MediaTek MT8163B processor with 1GB of RAM and 16GB of internal storage. There’s a larger 5MP autofocus sensor at the rear end and a 2MP fixed focus camera on the front along with a front-facing Dolby Atmos-enabled speaker for media playback. The E8 will run on the older Android Nougat interface and the larger 4,850mAh battery is expected to last for 10 hours when playing videos continuously. 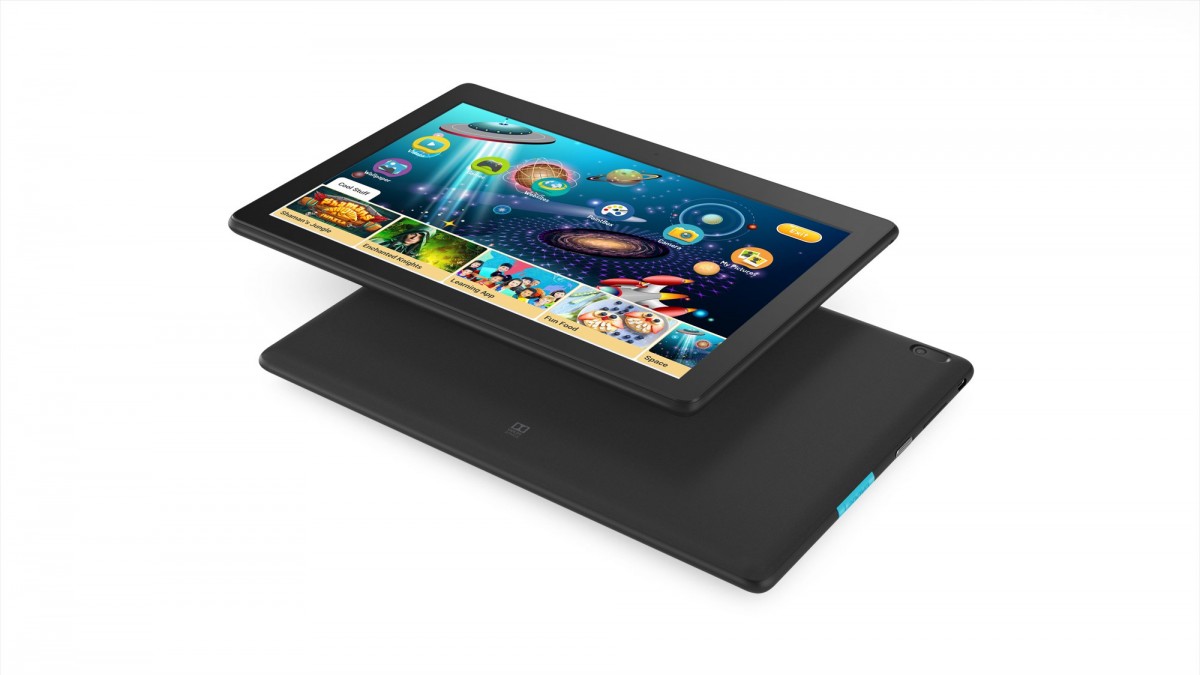 The Tab E10 like the name says will the largest of the E-series with a 10-inch HD IPS LCD display that has a resolution of 1200 x 800 pixels. There are two front-facing speakers, both of which support Dolby Atmos for watching movies on the go. The E10 becomes the first in the E-series tablets to be powered by a Qualcomm chipset which is the Snapdragon 210, paired with 2GB RAM and 16GB storage. The camera and the battery units are the same as that of the E8 with the old difference being the fact that the E10 runs on Android Oreo Go Edition. The Lenovo E10 will retail later this year for an asking price of $129.99 (approx. Rs 9,100). 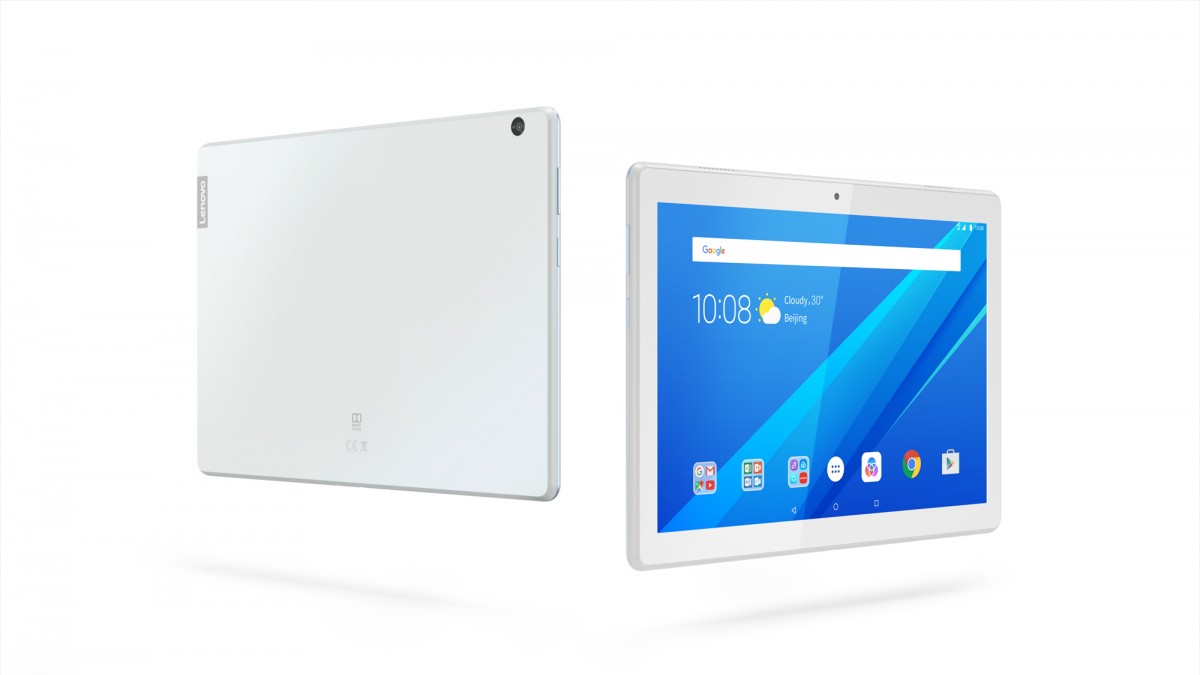 The Tab M10 shifts more toward the mid-range segment of tablets with a Snapdragon 450 chip, a larger 3GB RAM and 32GB of onboard storage. The display also features more pixels due to the 1920 x 1200 resolution of the 10.1-inch IPS LCD screen on the front. The device still includes dual front-facing speakers with Dolby Atmos support with a 2MP fixed focus front-facing camera and a 5MP rear AF camera. The M10 runs on the much recent Android Oreo interface and will feature a 4850mAh battery. 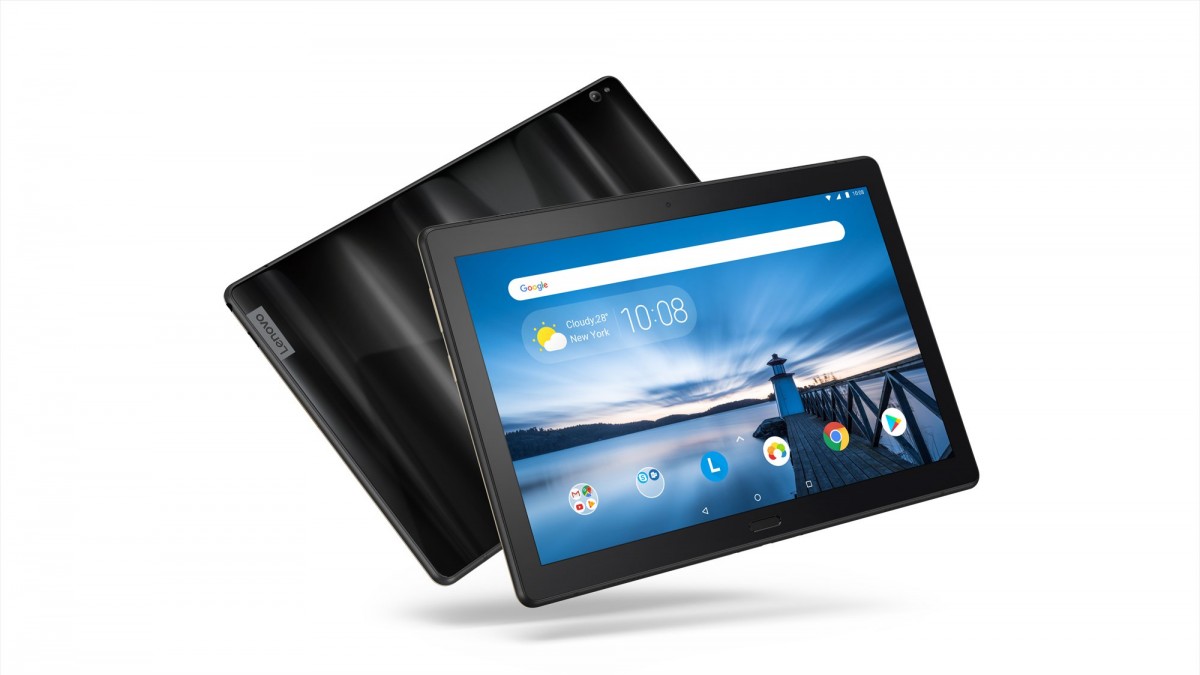 Released as a Pro sibling to the M10, the Tab P10 will be powered by the same Octa-core Snapdragon 450 chip but with 4GB RAM and 64GB storage. The device features a similar 10.1-inch IPS LCD screen with a resolution of 1920 x 1200 pixels for watching FHD content on the tablet and runs on Android Oreo. However, there’s a bump in the imaging department which now features an 8MP rear camera and a 5MP front sensor for selfies, all of which is fuelled by a 7,000mAh battery which Lenovo claims will last you up to 15 hours on video playback. With a scheduled release set for the latter part of the year, the prices of both the P10 and M10 are unknown at the moment.