IQOO Z3 to launch in India on June 8 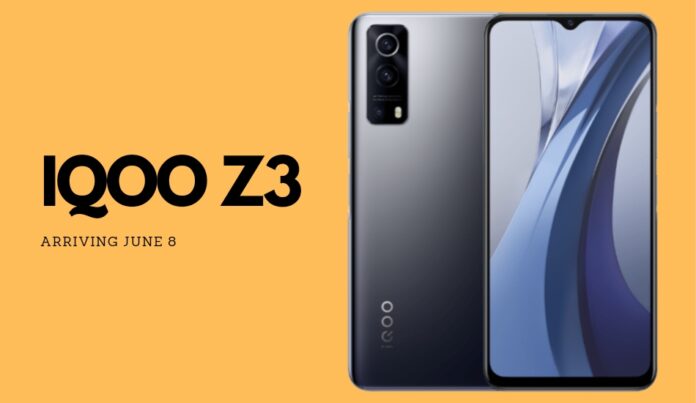 IQOO has announced that it will be launching the iQOO Z3 in India on 8th of June at 12 noon IST.

IQOO has announced the launch date for the iQOO 3 in India which is now set for 8th June at 12p.m. IST. This will be the third smartphone from the brand launching this year in India. The smartphone has already been confirmed to be available on Amazon exclusively for purchase.

iQOO has also confirmed previously that the iQOO Z3 will be the first smartphone in India to launch with the Snapdragon 768G processor. Some recent leaks have also hinted that the smartphone will be priced around Rs 25,000. As the smartphone was already launched in China earlier this year, the specifications of the device should be identical for the Indian variant as well.

There’s a 64-megapixel triple camera setup on the back while the device also has a “five-layer liquid cooling” system for smooth gaming that reduces the temperature by 10 degrees. It also comes with a 4D haptic feedback system as well.