iQOO Z3 pricing details leaked ahead of launch in India 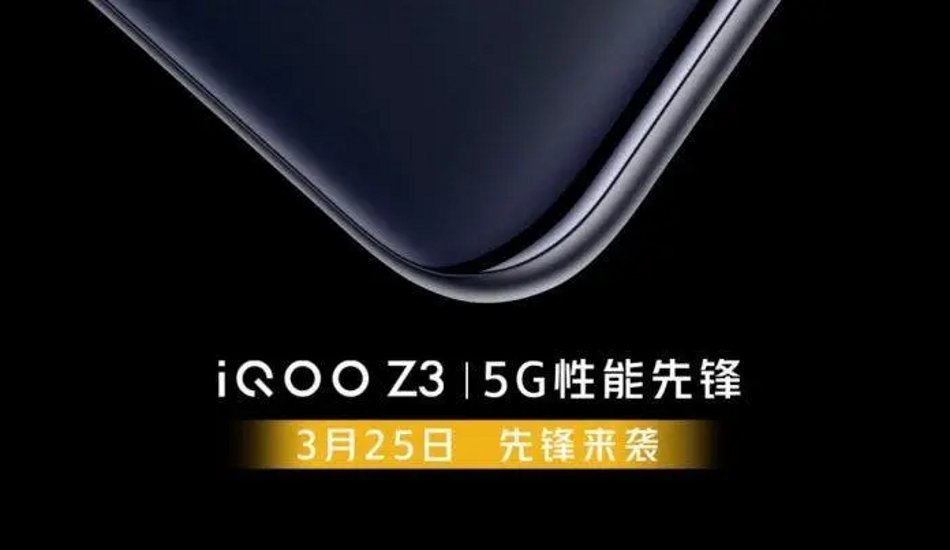 iQOO Z3 5G will be the first smartphone in India to come with a Qualcomm Snapdragon 768G SoC.

iQOO Z3 5G is expected to be launched in India soon however the company has till now not made any official announcement on the launch of its upcoming smartphone. Now ahead of the launch, pricing details of iQOO Z3 have been leaked online.

As per a report of Moneycontrol, iQOO Z3 will launch in India at around Rs 25,000. Further, the report also tells us that the company plans to launch it in India between June 10 and June 15.

This is in line with a recent report that iQOO Z-series smartphone will be launched in India sometime in mid-June. Moneycontrol claims that the company is yet to decide the exact launch date.

iQOO Z3 5G will be the first smartphone in India to come with a Qualcomm Snapdragon 768G SoC, claims report. It will be Amazon exclusive in India. iQOO has already launched the device earlier this year in China.

The iQOO Z3 5Gfeatures a 6.58-inch FHD+ LCD with a 1080 x 2408 resolution.There is also 20:9 aspect ratio, a refresh rate of 120Hz, 180Hz touch sampling rate and HDR10+. The smartphone is powered by the Snapdragon 768G processor.It is paired with up to8GB of RAMand 256GB of internal storage but it lacks support for external storage.