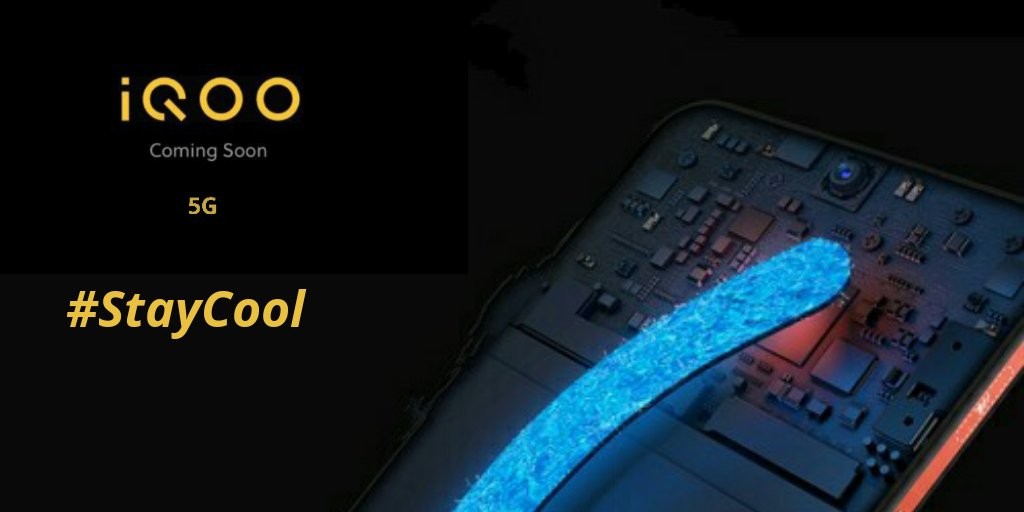 iQOO was launched in China in March last year and since then it has launched a slew of smartphone for the Chinese market.

Vivo’s sub-brand, iQOO is all set to enter the Indian market with its first 5G smartphone in the country this month. The company started teasing its upcoming iQOO 5G smartphone yesterday stating that it is coming soon in the country. Now iQOO has also confirmed that the smartphone will have liquid cooling.

In a new teaser posted by iQoo India on Twitter, it has been revealed that the new phone will have support for 5G connectivity and liquid-cooling support as well. This ensures that the device will remain cool even after prolonged usage. The tweet reads “Don’t be fool #StayCool iQOO India Coming Soon #iQOOIndia #StayCool #MonsterInside”. The company is teasing the smartphone with hashtag MonsterInside.

If you were on the phone with Virat Kohli, what would you tell him? pic.twitter.com/IKJfe82rpX

iQOO was launched in China in March last year and since then it has launched a slew of smartphone for the Chinese market. The brand will make its debut in India this month, however, an exact timeline for the iQoo smartphone launch in India is yet to be revealed.

Gagan Arora, Director, Marketing, IQOO told The Mobile Indian that the smartphone will be powered by the latest Qualcomm Snapdragon 865 processor, making it the first smartphone in India with the latest chipset from Qualcomm. It will also be 5G enabled, which will be another India first feature. The phone will also come with new battery technology. It is likely to come with 44W Super Flash Charge fast charging technology.

We also exclusively reported that the company will launch two smartphones in the country by the second week of February 2020. iQOO is planning to bring a 5G and a 4G smartphone in India. Both the smartphones will come loaded with a similar set of specifications and similar design language. There will be a price difference between the two smartphones, however, the 4G counterpart will be priced quite aggressively.