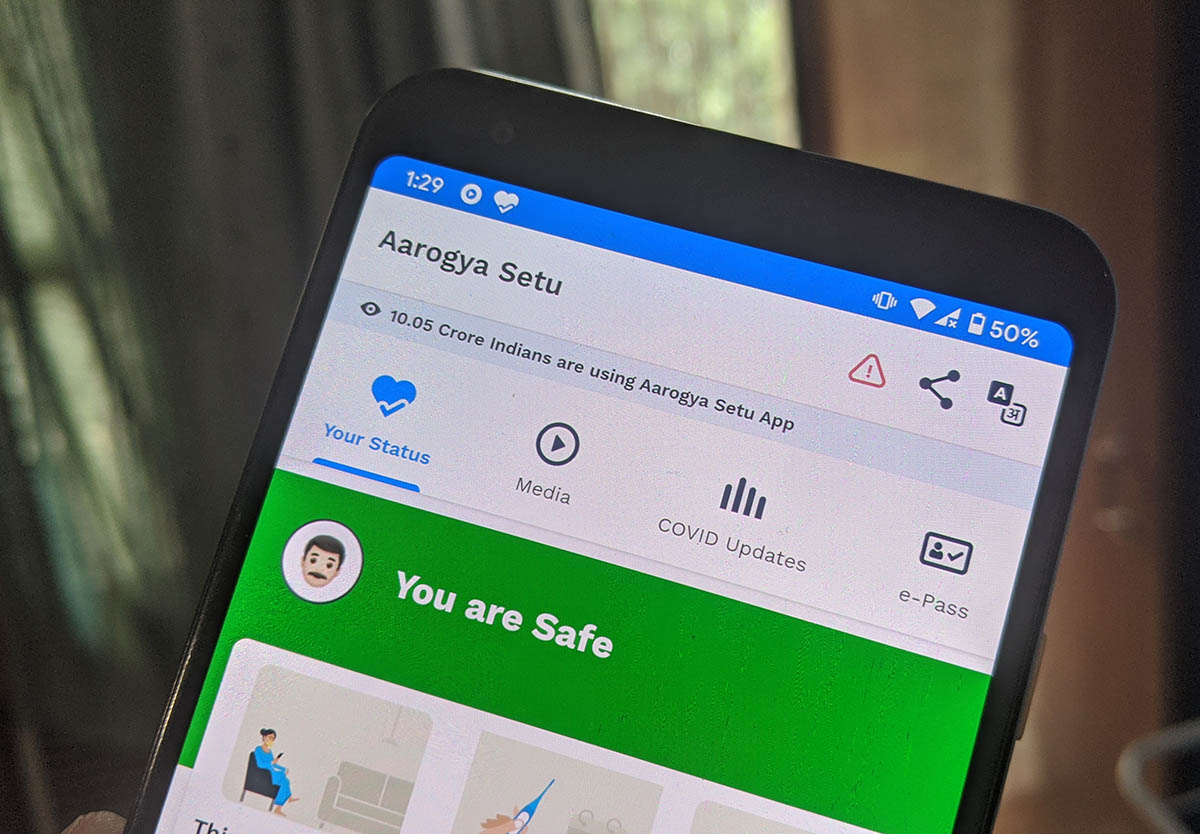 The contact tracing app is now available on smartphone as well as through feature phones.

India’s contact tracing app Aarogya Setu has now been downloaded by over 100 million users in just 41 days after its launch. The app is available on Android, iOS and works via feature phones as well and pretty soon JioPhone users can also download the platform to their devices. But even with these figures it’s hard to talk about the impact the app has made in the country’s effort to contain the spread of the coronavirus, especially as the cases in India continue to rise on a day-to-day basis.

Also, the app has been made mandatory for boarding train, or even stepping outside in cities like Noida. Even companies have been asked to used the app to check their employees health, while essential service providers are also making it must have for its workstaff.

Apps like these are relying on data provided through your smartphone, which is linked via GPS or Bluetooth data. But contact tracing has become a hot topic for its privacy concerns as well. After all, technology has not been the most reliable when it comes to keeping your data secure, Facebook being one of the prime examples. If you’ve downloaded theAarogya Setu app and signed up with the ecosystem, you’ll notice that most of the assessment is happening with the information the user provides to the app. And since the app only sends your data to the government server if you come under the high-risk category, the propensity to trace people across the country seems highly ambitious.

IFF has come out with a detailed technical paper on this matter a few days back, which also suggests that without privacy checks in place, we’ll never come to know about the authorised body governing apps like Aarogya Setu.It believes that governments have no justified reason to rely on mass surveillance for help in containing COVID-19. In fact, getting details about people through their phone number or location address is highly unethical, and they suggest authorities should look at using better, anonymised ways of using such technology.

Does JioPhone Next really pose a threat to Airtel, Vodafone…