Various state governments have come up with contacting tracing apps for mobile but are they useful?

Millions of people across the globe have been affected by the COVID-19 pandemic, and it has become hard for the authorities to manage testing and preventing the virus from spreading in large numbers. This has prompted them to use technology and take support from companies like Google and Apple, who're now focused on contact tracing solutions which will be made available through mobile devices.

Something like that has been adopted in India as well, where the government has relied on so-called tech volunteers to come up with an app called Aarogya Setu, available on Android and iOS since early this month.

Apps like these are relying on data provided through your smartphone, which is linked via GPS or Bluetooth data. But contact tracing has become a hot topic for its privacy concerns as well. After all, technology has not been the most reliable when it comes to keeping your data secure, Facebook being one of the prime examples. If you've downloaded the Aarogya Setu app and signed up with the ecosystem, you'll notice that most of the assessment is happening with the information the user provides to the app. And since the app only sends your data to the government server if you come under the high-risk category, the propensity to trace people across the country seems highly ambitious.

Apar Gupta, Lawyer and Executive Director at Internet Freedom Foundation ( IFF) opines that applications in the contact tracing ecosystem need to be transparent, and the code of the apps should be opened for others to look into. Interestingly, most countries have made sure that people are able to see the technical specifications of the apps they are working on, and especially Singapore is one of the countries which has shared details about everything the government is able to access through its version of contact tracing app called TraceTogether.

IFF has come out with a detailed technical paper on this matter a few days back, which also suggests that without privacy checks in place, we'll never come to know about the authorised body governing apps like Aarogya Setu.

Many experts think that technology should be one of the sources of tracing the infected people and not the prime means of looking for such people. And this report from Electronic Frontier Foundation points out the obvious chink in the armoury.

It believes that governments have no justified reason to rely on mass surveillance for help in containing COVID-19. In fact, getting details about people through their phone number or location address is highly unethical, and they suggest authorities should look at using better, anonymised ways of using such technology.

Contact tracing is now seen as the go-to modus operandi for authorities since nothing else seem to be working for them. So, instead of finding more holistic solutions, they have resorted to the 'let's make an app' formula to contact the pandemic from becoming any worse. And security researchers feel the technology can be used, but not in its current form.

Michael Veale from UCL Faculty of Laws is part of a team that has worked on a new model which makes use of Bluetooth instead of location tracking. He also mentioned the model designed by them is called DP-3T which works similar to the solution being jointly developed by Apple and Google. 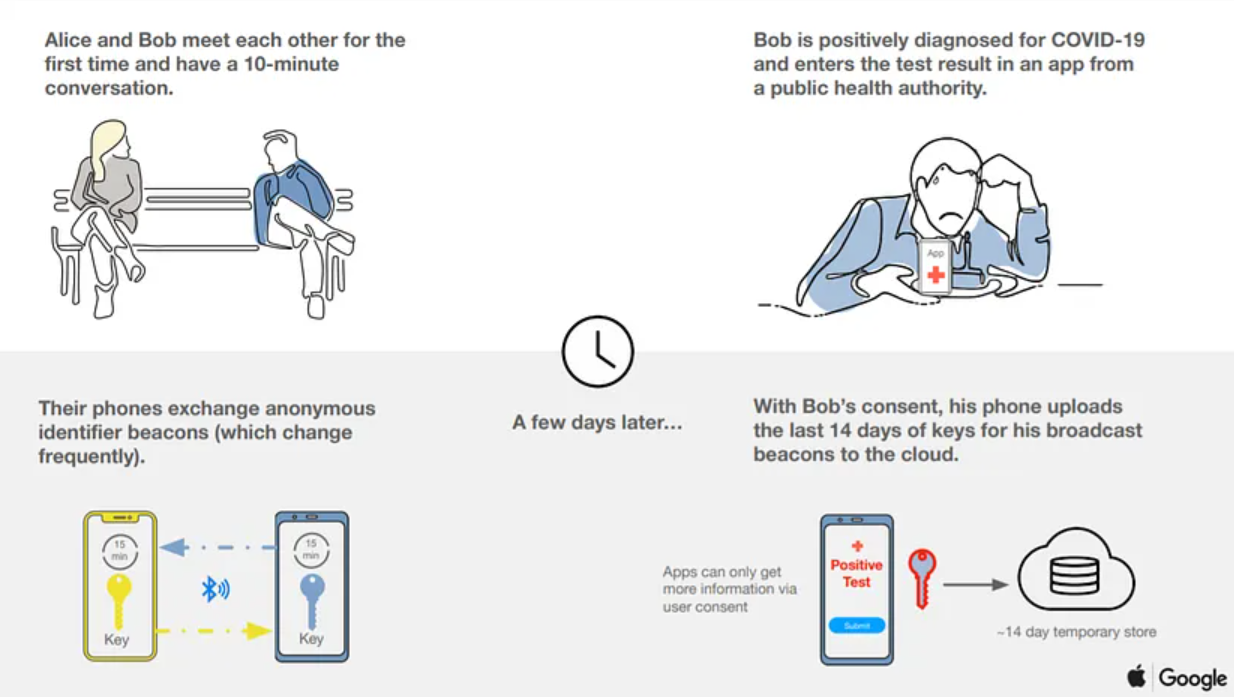 "Bluetooth and location data are very different, so you cannot talk in terms of accuracy. Also, location data is not very precise, so you cannot use the data to tell if you are close to another person," Veale said. More importantly, he pointed out that since turning on location takes a toll on phone's battery, people might stop using the app, which defeats the whole purpose of having it in the first place.

The Indian government has been pushing the Aarogya Setu app, which is claimed to have been downloaded by over 50 million users since launch. But in a country where you still have over 200 million using feature phones, containment of the virus requires more than just an app that resides on your mobile and hopefully we'll work towards that without raising any alarm bells.