The Indian government has taken a note of the series of battery explosions in EVs taking place across the country. 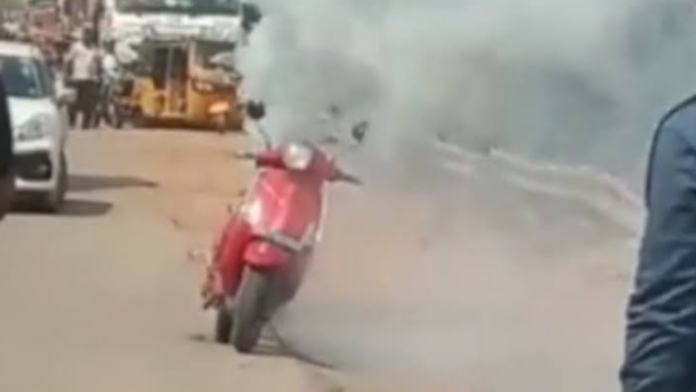 With the onset of summer season, there has been a surge in the cases of battery explosions in electric scooters where the battery seems to be the root cause of the issue as it is unable to withstand the high environmental temperatures. With a rise in cases, the Indian government has now stepped in as the Union Transport Minister Nitin Gadkari on Thursday, April 21, said that action will be taken against those companies found guilty of negligence.

In a series of tweets, Gadkari announced that the government has constituted an Expert Committee to enquire into incidents related to EV battery explosions and make recommendations on remedial steps. Based on the reports, the government will issue necessary orders on the defaulting companies. In addition, it will also issue quality-centric guidelines for Electric Vehicles.

The Minister also said that those companies which are found negligent in their processes based on the reports by the panel, will have to suffer a heavy penalty and a recall of all defective vehicles will also be ordered. Meanwhile, companies may take advance action to recall all defective batches of vehicles immediately, Gadkari tweeted. “Under the leadership of PM Shri @narendramodi ji, our government is committed to ensure safety of each and every commuter”, he said.

Read More: E-bike catching fire: Why does it happen, list of some incidents

The latest case of an explosion comes from Telangana’s Nizamabad district which claimed one life and left two injured. Per media reports, an 80-year-old man died and two others in his family suffered from burn injuries after the battery of an electric scooter (e-scooter) exploded while it was being charged at their home in Nizamabad. His son, who had been using the Power Using Renewable Energy (PURE) EV scooter for a year, blamed the ‘substandard quality’ of the scooter’s battery for the death of his father.

In view of the recent fire incidents involving our vehicles in Nizamabad and Chennai, PURE EV has decided to recall 2,000 vehicles from the models ETrance Plus and EPluto7G of the concerned batches”, the company said in a statement. Meanwhile, Okinawa also announced the recall of 3,215 Praise Pro Electric Scooters to check for any battery faults.