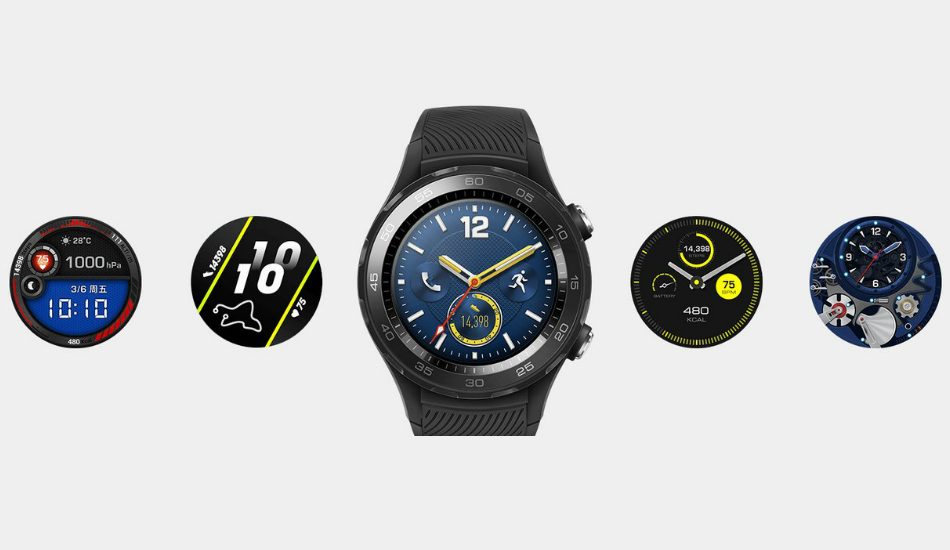 The successor to the Huawei Watch 2 will run on the newest Wear OS and will be water & dust resistance with an IP68 rating.

When we came to know that Huawei is developing a gaming smartwatch that will be able to perform gestures from within its straps, little did we know that the Chinese company was also lining up a successor to last year’s Huawei Watch 2. The third iteration of the company’s wearable range will be an upgrade to the Huawei Watch 2 with the design of the watch impersonating its predecessor.

What this means is that the Huawei Watch 2 (2018) will still incline towards being sporty than being a luxury wearable. There will be rubberized colorful watch bands with a circular dial that has a unique ring-like structure on the exterior, which we’d hope to be mechanical, like that of a certain Samsung Gear watch. The distinguishing feature is the inclusion of two crown buttons on the side instead of a singular button which was present on its predecessor.

The leak which comes from Twitter tipster Evan Blass has also revealed the specifications on the Huawei Watch 2 (2018). The smartwatch is now powered by a Qualcomm Snapdragon 2100 chipset with 4GB of onboard storage and 768MB RAM. The screen on the front is a 1.2-inch AMOLED panel with a resolution of 390 x 390 pixels all of which is backed up by a 420mAh battery. 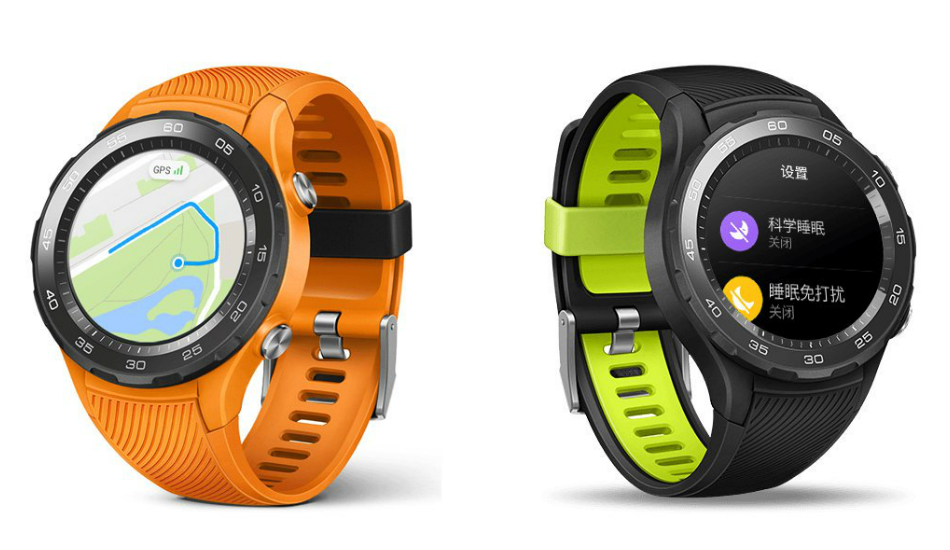 The highlight reel of the newest Huawei Watch will be the addition of 4-SIM support which offers LTE connectivity. This means users would be able to make calls and browse the internet on the smartwatch without needing to connect to a smartphone for the same making it a standalone Wear OS smartwatch. Connectivity options include WiFi, Bluetooth, and built-in GPS.

The Huawei wearable will be running on Google’s new Wear OS interface and will include all relevant sensors like gyroscope, barometer, accelerometer, capacitance (determine humidity by analyzing a user’s sweat), heart rate, ambient light and geomagnetic(for accurate navigation tracking ) sensors for precise fitness tracking. The device will be able to do all of this and much more with the IP68 rating that makes it water and dust resistant.

We don’t have any information regarding the launch date or the price of the device but since the wearable is only an upgrade over the Huawei Watch 2, we don’t think the device will be priced that different to its older sibling.