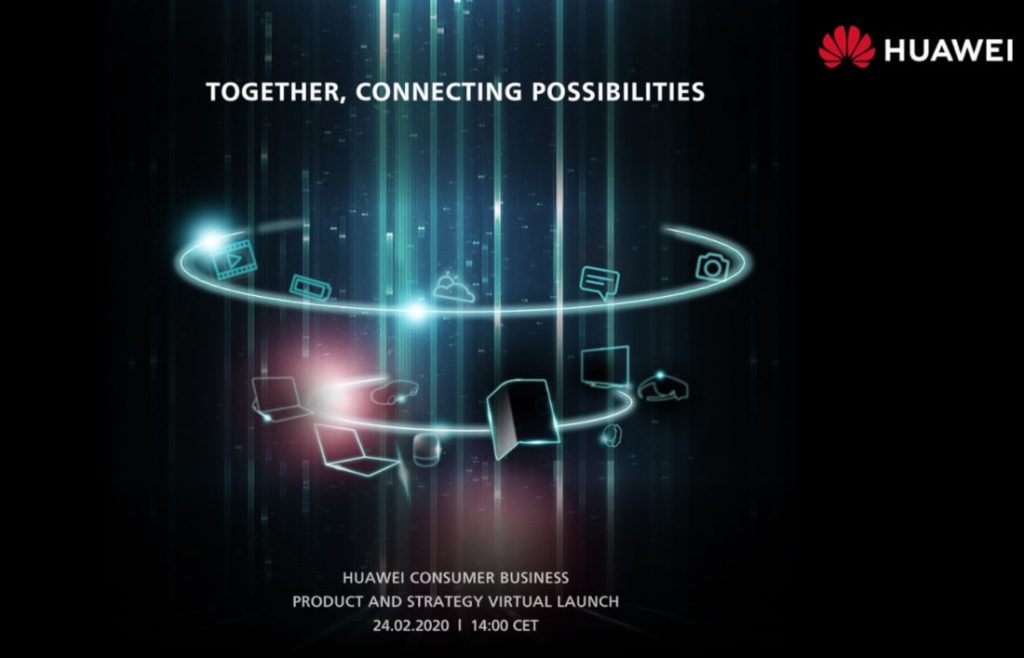 Huawei is likely to unveil new products like laptop, tablet, TV, smartwatch, as well as a foldable smartphone.

Huawei has announced that it will be holding an online launch event on February 24 next week in Madrid. This comes after GSMA cancelled the Mobile World Congress (MWC) in Barcelona due to Coronavirus outbreak.

The event will be live-streamed from Barcelona at 2 PM CET (18.30 IST), where the company is likely to unveil new products like laptop, tablet, TV, smartwatch, as well as a foldable smartphone. Richard Yu, Chief Executive Officer at Huawei Consumer Business Group, will unveil the latest innovations and exciting new technologies, said the company.

As per reports, Huawei will announce the Mate XS foldable smartphone at the event. Previously, the Mate Xs was scheduled to launch during MWC 2020 but as the event is now canceled.

Huawei Mate Xs was earlier spotted on TENAA with model number TAH-AN00m in the 5G smartphone category. MateXswill be a 5G device and will carry the support for SA and NSA 5G network.

Huawei Mate Xs may be priced lower than Mate X foldable smartphone that was announced last year. The upcoming phone is expected to have better specs and build quality compared to the Mate X. This is because of the improvements in the production process of the screen. It is, however, to be seen if the phone will come with the Google Play services and Google Android operating system or not after it launches.

Huawei’s sub-brand Honor has also announced that it has scheduled the global launch of its Honor 9X Pro and Honor MagicBook laptop on February 24.The company has also revealed that the Honor 9X Pro will be its first phone to come with the HMS (Huawei Mobile Services) instead of the traditional Google Mobile Services (GMS) and that it will be powered by the in-house HiSilicon Kirin 810 SoC.