Huawei Mate Xs expected to launch in March 2020, Will it come with Android? 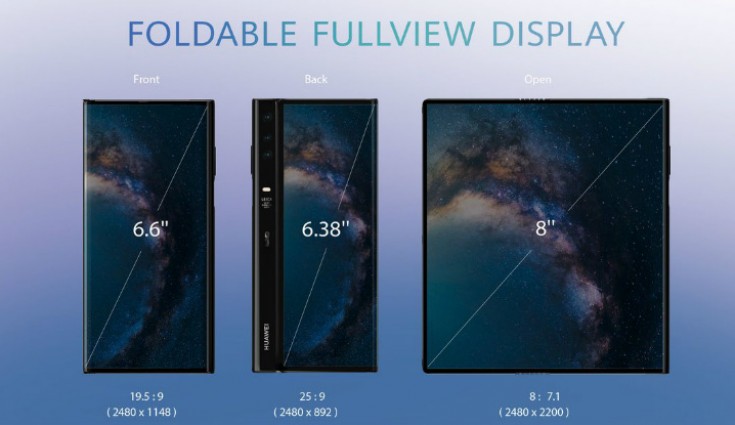 Huawei launched its first foldable Mate X smartphone last year in MWC 2019. Now the company is working on its upcoming foldable smartphone – Huawei Mate Xs. As per a fresh report, the Mate Xs is expected to be launched in March 2020.

A Chinese website reports that Huawei may price the Mate Xs lower than Mate X smartphone even though the phone is expected to have better specs and build quality compared to the Mate X. This is because of the improvements in the production process of the screen. The Mate X is priced at 16,999 Yuan.

Earlier, the Huawei Mate Xs received the necessary 3C certification in China. Although the 3C certification did not reveal much, it revealed that the phone will arrive with 65W fast-charging support. The Huawei device comes with model number TAH-AN00m.

The US government gave a new 90-day extension to Huawei to do business with US companies in November last year. It was for the second time that the company got an extension. Earlier they had got a 90 days extension in August 2019.

Recently, it was also reported that Huawei is planning to launch its another foldable smartphone Mate X2 in the third quarter of next year. The foldable device is likely to be powered by the upcoming Kirin 1000 processor and will be unveiled at IFA 2020. The Mate X2 will adopt a design similar to that of the Samsung Galaxy Fold. The phone will have full-sized phone screen and maybe smaller notification/ selfie screen to other side.

To recall, the Huawei Mate X is powered by Huawei’s own 1.8GHz octa-core HiSilicon Kirin 980 processor. Huawei foldable 5G smartphone has a unique 3-way foldable design. When the phone is wide open, it doubles up as a tablet with an 8-inch OLED screen having a resolution of 2480 x 2200 pixels. When its folded, the smartphone it converts to a 6.38-inch display at the back and a 6.6-inch display on the front with a resolution of 2480 x 892 pixels and 2480 x 1148 pixels respectively. The smartphone runs Android 9.0 with EMUI 9.1.1 on top and is powered by a 4,500mAh battery and supports proprietary fast charging.

The phone has 8GB of RAM and 512GB of internal storage, which can be further expandable up to 256GB via microSD card.. It has a Leica powered two-in-one front and rear camera setup, having three sensors, a 40-megapixel wide-angle as the primary sensor, a 16-megapixel ultra-wide-angle as secondary sensor and an 8-megapixel telephoto sensor.