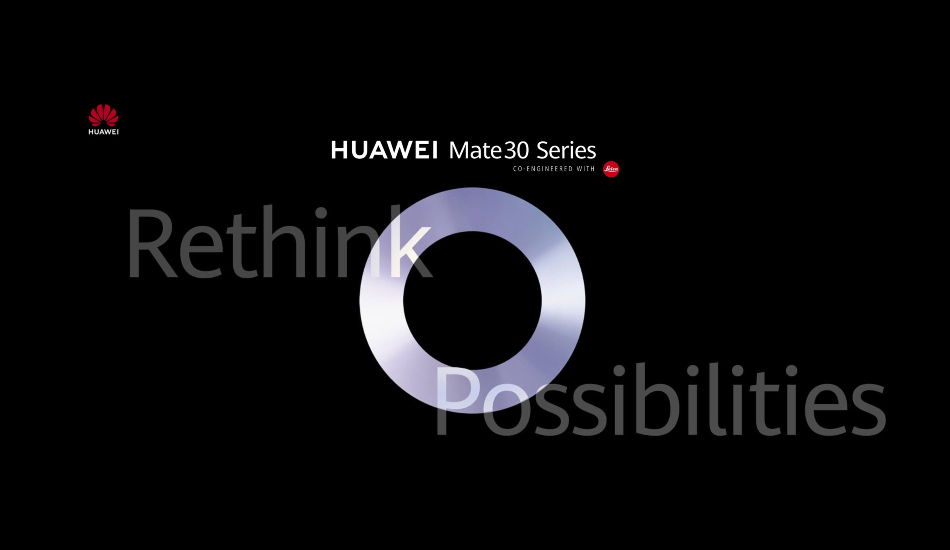 Huawei has confirmed that the Mate 30 and Mate 30 Pro will be unveiled at a "Rethink Possibilities" event on September 19 in Munich, Germany.

Huawei has confirmed that its second flagship smartphone series of 2019 – the Mate 30 series will be unveiled at an event on September 19 in Munich, Germany.

The news comes directly from Huawei who took to Twitter to announce an event with the tagline “Rethink Possibilities” for the launch of the Huawei Mate 30 and Mate 30 Pro. The poster shared by the company also indicates that Huawei is partnering with camera technology maker Leica for the introduction of its next flagship line.

Did you get it right? The countdown to #HuaweiMate30 starts now!
We’re going full circle in Munich on 19.09.2019.
Join us live: https://t.co/9ugi5gG9ci#RethinkPossibilities pic.twitter.com/etRYjrBVEC

The poster also displays a big circle in the middle which could be of a certain significance or might merely be representing the circular camera setup of the phone at the back. This camera setup was previously rumoured to feature a 40+40+8+ToF setup at the back.

That said, it’s unclear if the upcoming flagship phone from Huawei will come with Google services on board since its soft ban with US companies is still in place. There’s no information on whether the phone will run on a year-old Android Pie OS or Android 10 which is expected to roll out to Pixel phones starting from tomorrow. There’s also a chance for Huawei to roll out Harmony OS to the Mate 30 series since the company previously confirmed that such a development is possible if the US ban continues.