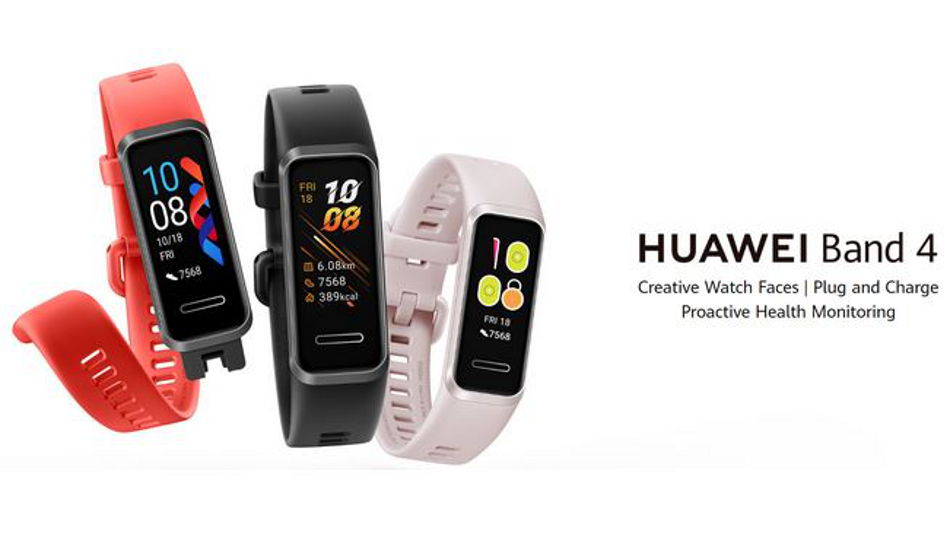 The Huawei Band 4 is a rebranded version of the Honor Band 5i which was launched in China yesterday.

Huawei has announced its latest fitness tracker – Band 4 in China. The Huawei Band 4 is priced at 199 Yuan which is approx. Rs 2,000 and will go on sale on November 1. The band comes in Sakura Pink, Graphite Black, and Amber Sunrise.

The Huawei Band 4 is a rebranded version of the Honor Band 5i which was launched in China yesterday, except that it features a pill shape capacitive button instead of circular home button.

Huawei Band 4 features a 0.96 inches 80 x 160 TFT color display and weighs only 24g. The band supports 9 kinds of intelligent sports modes which can measure blood oxygen with the body. It also comes with 24 hours of heart rate monitoring feature with Trueseen 3.5 technology. It also has sleep tracking with TruSleep 2.0 which tracks your heart rate while you sleep.

The band features a 91mAh battery that has the same USB plug and charge design as Honor Band 5i. It does not require an additional charger and you won’t have to travel all around with your charger. The wearable claims to take 1.5 hours to fully charge and it can last about a week or 9 days, depending on usage.

In terms of connectivity, you get Bluetooth 4.2. It is also water-resistant up to 50 meters. The fitness tracker is compatible with devices running Android 4.4 and above, or iOS 9.0 and above.