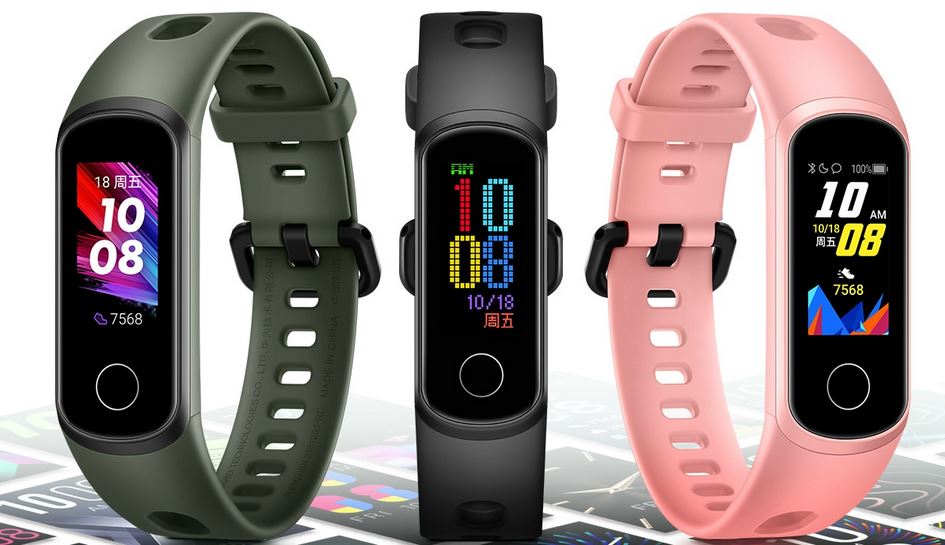 The main USP of the Honor Band 5i is its ability to plug into a USB port and charge itself.

Honor Band 5 was launched in India recently and now the company has launched a new version dubbed the Honor Band 5i in China. The new fitness tracker is priced at 159 Yuan which is approx. Rs 1600 and it will be available for purchase starting November 1. Honor Band 5 comes in Meteorite Black, Olive Green, and Coral Pink colours.

The main USP of the Honor Band 5i is its ability to plug into a USB port and charge itself. So it does nor require an additional charger and you won’t have to travel all around with your charger.

The Honor Band 5i comes with 0.96-inch (160×80 pixels) colored touchscreen TFT display with a capacitive home button for easy navigation. The band features a 91mAh battery which the company claims to last about a week or 9 days, depending on usage. The Honor wearable claims to take 1.5 hours to fully charge.

The fitness tracker is compatible with devices running Android 4.4 and above, or iOS 9.0 and above. In terms of connectivity, you get Bluetooth 4.2. It is also water-resistant up to 50 meters. The band features a silicone strap and weighs around 24 grams.