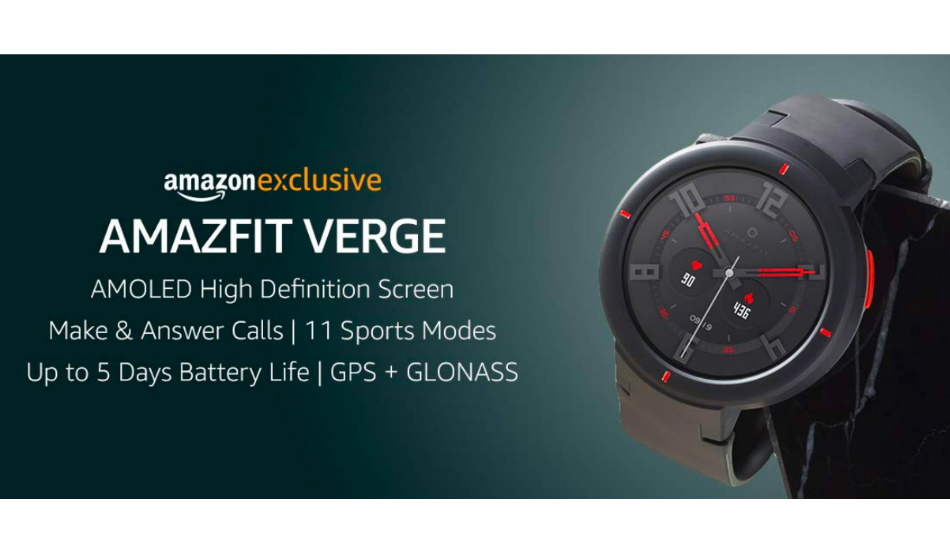 The Amazfit Verge features a 1.3-inch circular AMOLED display with a resolution of 360 x 360 pixels and a Gorilla Glass 3 on topper protection. It's powered by a dual-core 1.2GHz processor with 512MB RAM and 4GB of internal storage and can run all-day heartrate monitoring with a high precision optical sensor.

Leading wearable company Huami introduced the Amazfit Verge smartwatch in China last year. The smartwatch is now expected to debut in India as it has appeared on Amazon India with a ‘Notify me’ option, suggesting an imminent launch.

The news comes four months after Huami unveiled the Amazfit Verge in China with all-day heart rate monitoring, abnormal heart rate notification, GPS and NFC. The device features a 1.3-inch circular AMOLED display with a resolution of 360 x 360 pixels and a Gorilla Glass 3 on topper protection. The Verge resembles the Amazfit Bip in terms of its reinforced plastic form factor and replaceable silicon straps but has a 42mm circular dial instead of the square-shaped dial on the Bip.

The Amazfit Verge is powered by a dual-core 1.2GHz processor with 512MB RAM and 4GB of internal storage. There is the usual bunch of sensor along with air pressure and geomagnetic sensors inside. The Amazfit Verge can run all-day heartrate monitoring with a high precision optical sensor that takes up 80 percent less power and is accurate to up to 98 percent. 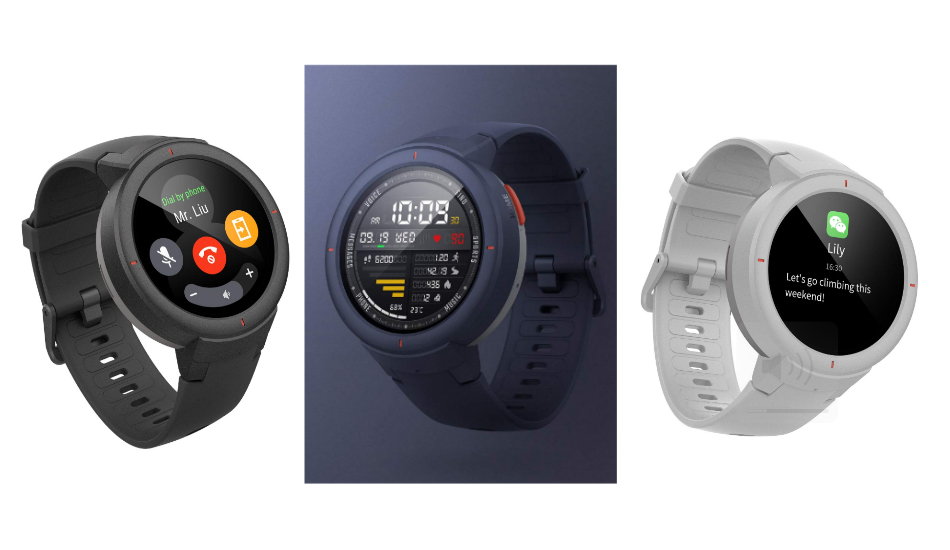 For connectivity, the Verge sports GPS + GLONASS, WiFi and Bluetooth v4.0 LE. The watch is certified with IP68 water resistance meaning it can survive underwater at within 2 metres for 30 minutes. The Amazfit device comes enabled with NFC and can thus support contactless payment.

There are 11 different modes for activities and 13 built-in watch faces, three of which is designed in partnership with San Francisco-based Territory Studio. The Amazfit Verge features support for Xiaomi’s Mijia Smart Home app and comes pre-installed with Xiao AI assistant. Huami has promised a battery life of up to 5 days on a single charge with the Amazfit Verge on moderate usage.

The Amazfit Verge will be the fifth wearable by Huami and Amazfit to come to India and will come in Sky Gray colour for an estimated price of Rs 8,400. The company has started teasing the smartwatch as part of its #OnTheVerge campaign on various social media sites and we could expect the launch tohappen sometime next week.