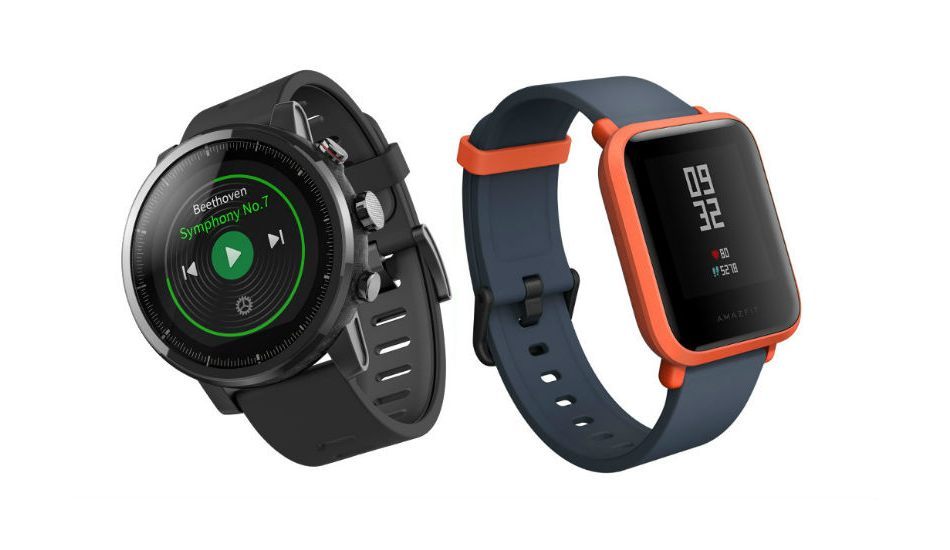 The cheaper Amazfit Bip features a 1.28-inch trans-reflective always-on coloured screen of resolution 176 x 176 pixels and is designed with a 2.5G curved Corning Gorilla Glass 3 for protection. The watch is compatible with iOS and Android devices and can be paired with either using the Mi Fit 3.0 app.

Xiaomi-owned Huami wearable brand just entered the Indian market and have brought with it, the Amazfit Bip and Amazfit Stratos, both of which come with built-in GPS, activity tracking and a head rate monitor. The cheapest of the two is the Amazfit Bip at Rs 5,499 while the Amazfit Stratos will be sold for an asking price of Rs 15,999. Both smartwatches will be exclusively available through Flipkart and are currently selling at no-cost EMI offers of 3-9 months.

Affordability aside, the Amazfit Bip features a 1.28-inch trans-reflective always-on coloured screen of resolution 176 x 176 pixels and is designed with a 2.5G curved Corning Gorilla Glass 3 for protection. The watch is compatible with iOS and Android devices and can be paired with either using the Mi Fit 3.0 app. On the inside, the Huami Amazfit Bip comes with GPS, a geomagnetic sensor, an optical heart rate sensor, 3-axis acceleration sensor, a barometer, and an electronic compass. 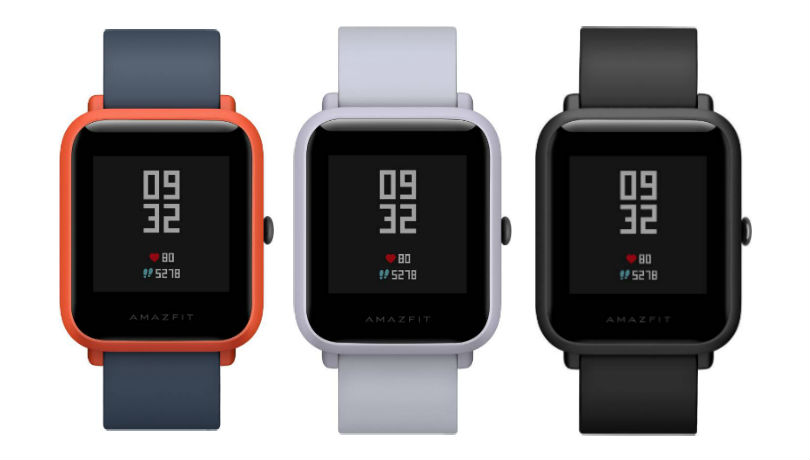 Weighing in at a mere 32 grams, the Bip smartwatch is fuelled by a 190mAh battery which can be fully charged within 2.5 hours. Xiaomi claims that the Bip will last at least 45 days on a single charge but will be able to run for 4 months on basic watch mode. The device connects to your phone through Bluetooth v4.0 LE and can be worn during any activity with the ability to withstand water and dust with its IP68 certification.

Coming to more high-end wearable, the Amazfit Stratos sports s slightly larger 1.34-inch touchscreen transreflective always-on display with a resolution of 320×320 pixels. The screen is protected on the front with a 2.5D curved glass which is based on Corning Gorilla Glass. The Stratos is powered by a dual-core SoC which clocks in at 1.2GHz and is paired with 512MB of RAM and 4GB of internal storage. The watch can be connected to iOS or Android devices through its Bluetooth 4.0 LE connectivity and users can view their activity data through the Mi Fit app on their phone. 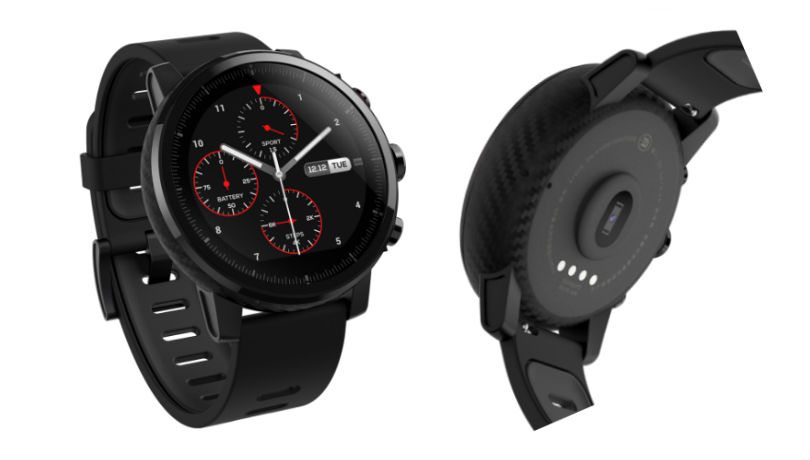 The Amazfit Stratos comes backed by a larger 290mAh battery which will last you to up to 5 days on a single charge and up to 35 hours when the GPS is turned on. Weighing in on the heavier side at 70 grams, the Stratos comes with even more features and will allow you to interact and view your notifications, emails, calls right within the watch screen. The smartwatch has a 5ATM or 50-meter water resistance rating meaning the Stratos can be worn during swimming as well as running, walking, cycling and other activities.

The Amazfit Bip and Amazfit Stratos are exclusively available through Flipkart in India for Rs 5,499 and Rs 15,999 respectively.