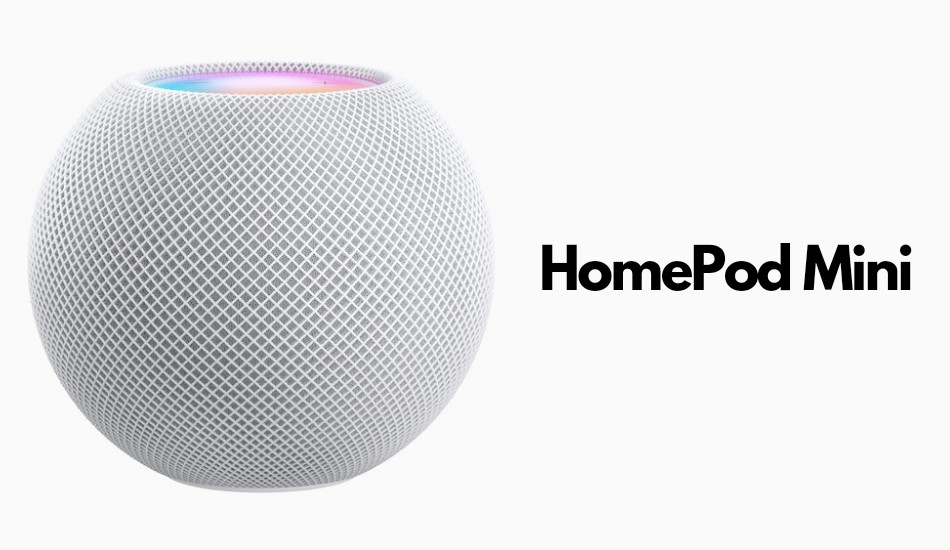 HomePod Mini, the latest compact smart speaker has been launched by Apple at the event held by the company last night. The new HomePod Mini is just 3.3-inches tall with Siri Integration and much more from Apple.

HomePod Mini, the smaller brother to the original HomePod was released by Apple where it also launched the new iPhones for this year. The new HomePod is a compact smart speaker with a height of just 3.3-inches. The new speaker has everything according to Apple, from amazing sound to talking with Siri. Here are the Top 5 features of the new HomePod Mini! 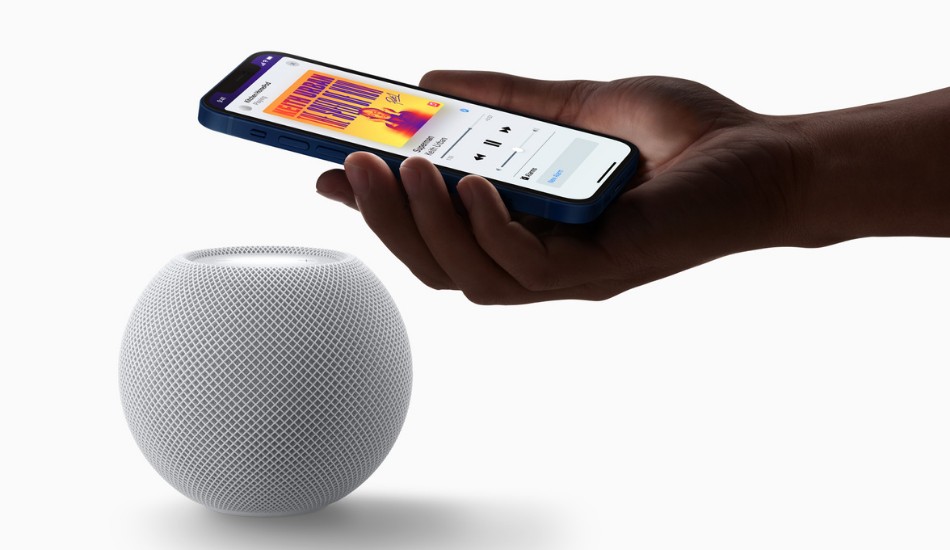 Of course the new Apple product had to have Siri for a smarter experience and it is no different in this case. Siri can identify who is speaking and tailor music and podcasts to their preferences, and respond to personal requests, like accessing messages, reminders, notes, and calendar appointments, or making and answering phone calls.

Siri is also offering users a personal quick snapshot of their day. According to Apple, With a single request, users can ask Siri “What’s my update?” to hear the latest news, weather, traffic, reminders, and calendar appointments.

With Siri, you can pick up incoming calls on your iPhone, listen to music on the Mac and you can even connect with your Apple TV so the sound output will now come from the speaker and not the TV.

In addition to all the above, Siri Shortcuts created on iPhone and iPad are even accessible on HomePod mini, so users can ask Siri for their respective commands which they have custom-made on their iPhones. 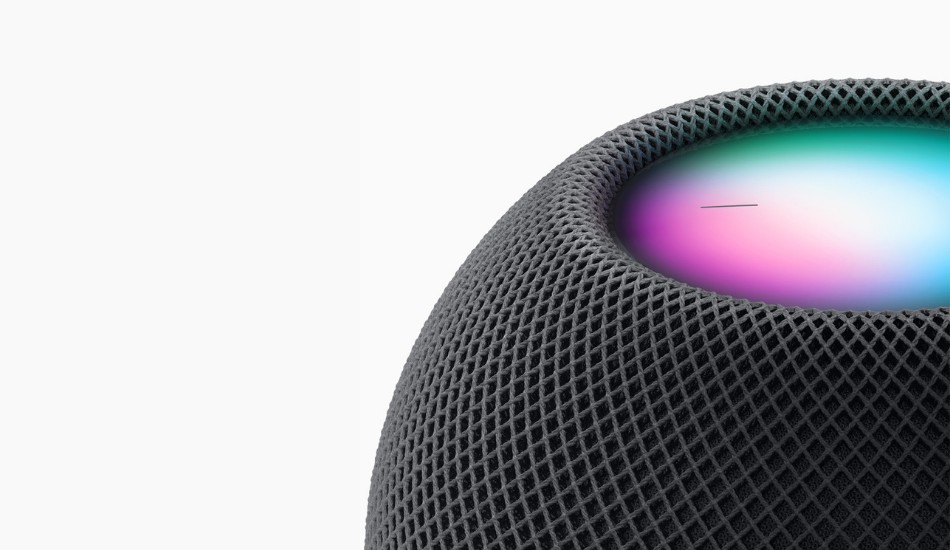 Apple claims that the device will only start listening or send any information to the Apple servers only when the user initiates the conversation after saying ‘Hey Siri’. As per Apple, HomePod mini works with iPhone to complete requests for messages and notes on device without revealing that information to Apple.

You can also ask HomePod Mini to find your iPhone, iPod touch, iPad, Mac or Apple Watch which it will find for you with the ‘Find My’ app and will play a sound on the designated device. 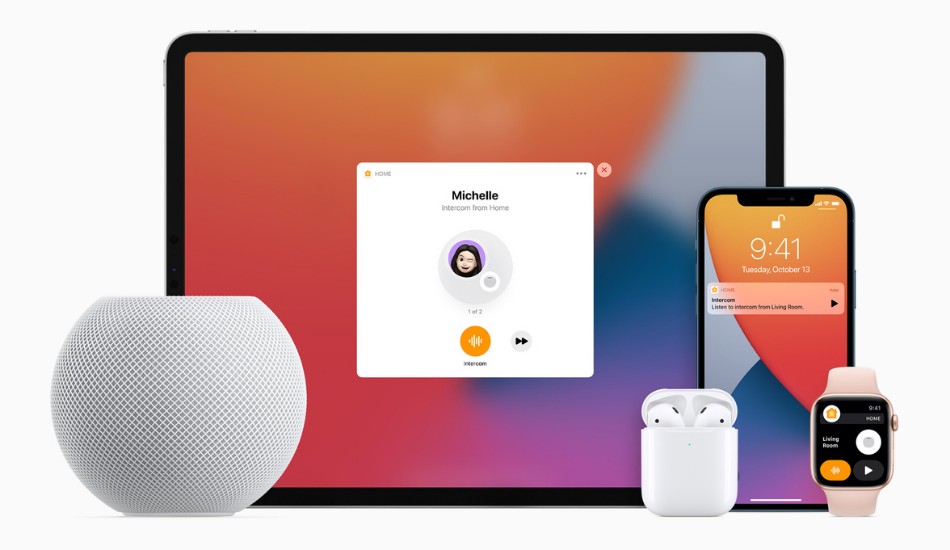 If you are going to buy multiple HomePod Minis for your home, Apple is providing an intercom system which will help you communicate with your family members with the help of the HomePod. One person can send an Intercom message from one HomePod to another, whether in a different room, a specific zone, or multiple rooms throughout the home, and their voice will automatically play on the designated HomePod speaker. Intercom works with iPhone, iPad, Apple Watch, AirPods, and CarPlay.

HomePod mini will also help you control your smart home devices where you can ask Siri to turn off the lights, lock the doors, change the lighting or the temperature and much more.

Sound quality is something to look forward to 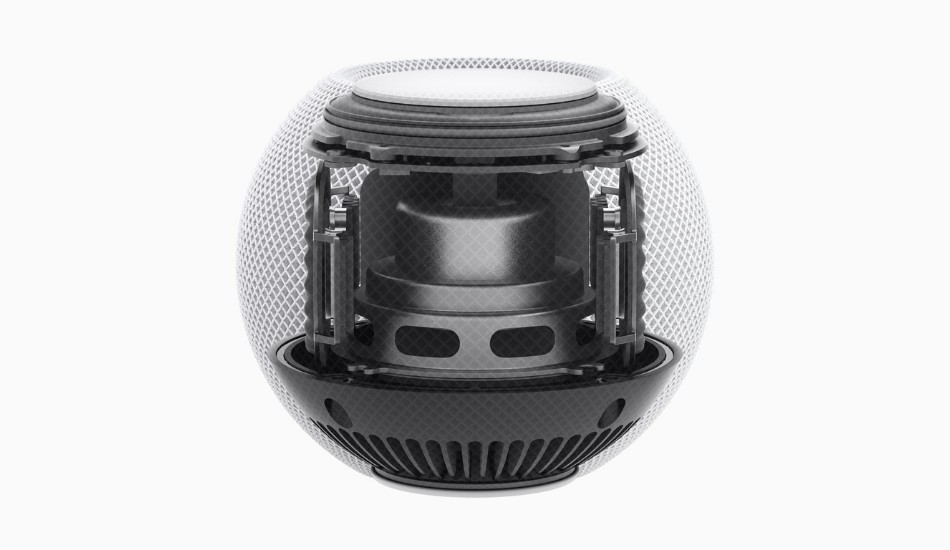 The HomePod mini is powered by Apple’s own S5 chip which can apply complex tuning models to optimise loudness, adjust the dynamic range, and control the movement of the driver and passive radiators in real time. The speaker uses Bluetooth 5.0 for connectivity.

Apple’s homemade full-range driver, powered by a neodymium magnet and a pair of force-cancelling passive radiators, enables deep bass and crisp high frequencies. Apple has put in a three-microphone array that listens for “Hey Siri,” from far away and a fourth inward-facing microphone which helps isolate sound coming from the speaker to improve voice detection when music is playing.

With Music alarms, users can wake up to a favourite song, playlist, or radio station from Apple Music. 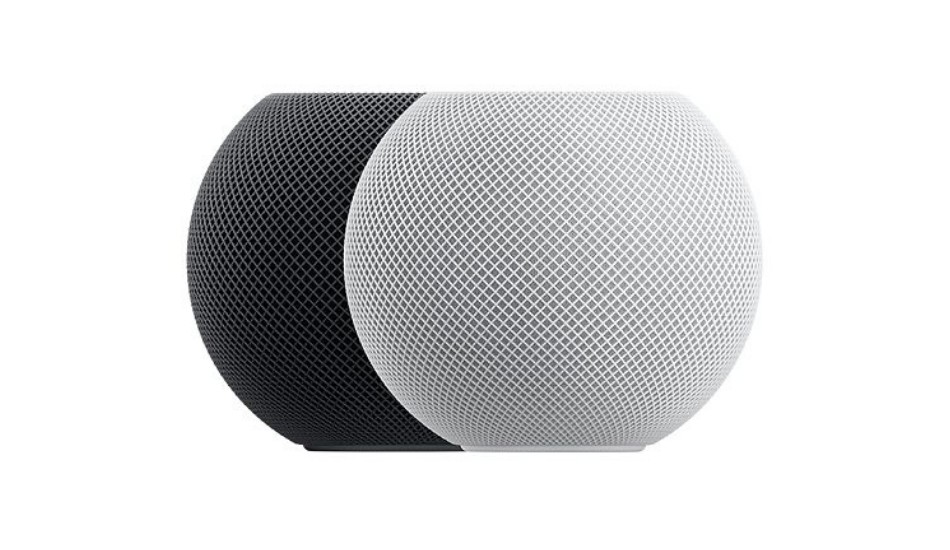 In addition to all the above features, Apple is also taking care of the environment where the HomePod Mini utilises 99-percent recycled rare earth elements for its production. As per the claims by the company, HomePod mini uses power-efficient components and software that can intelligently power them down during periods of inactivity.