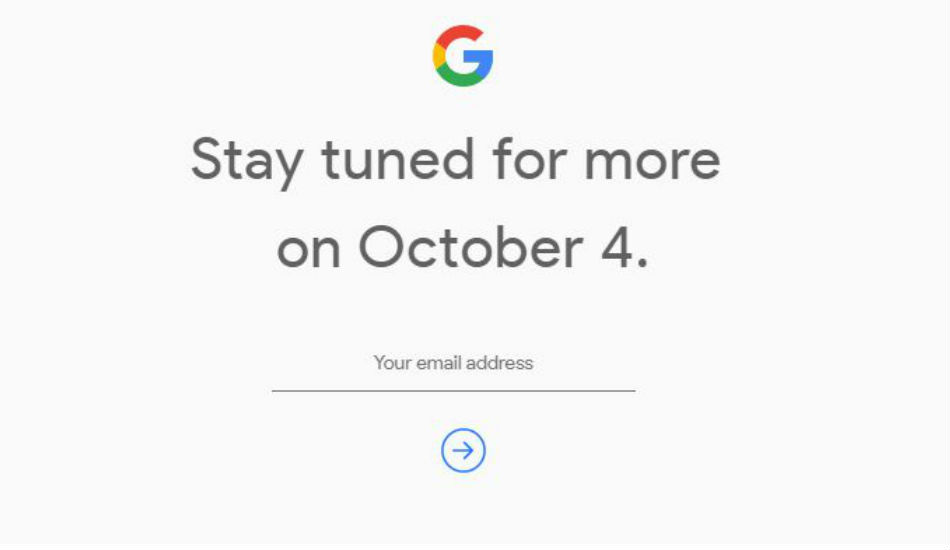 The “Made by Google” event will take place at Spring Studios, New York at 11:00AM ET (8:30PM IST) and it would be live streamed on Google YouTube channel.

Google has scheduled a launch event on October 9 in New York City in which the company is expected to launch next Pixel series of smartphones and more devices. The company has sent out the media invites for the launch event with “I

The “Made by Google” event will take place at Spring Studios, New York at 11:00 AM ET (8:30 PM IST) and it would be live streamed on Google YouTube channel. Google is also speculated to announce some other devices such as Pixelbook and Pixel Watch along with Pixel smartphones at the event. The launch date is in line with an earlier report claiming that the Pixel 3 and Pixel 3 XL smartphones will be unveiled on October 9.

Both the upcoming Pixel 3 and Pixel 3 XL smartphones are expected to get some design changes this time with a big and tall notch on the Pixel 3 XL and a glass back for wireless charging on both devices. Both of them will have a single rear camera and dual front-facing cameras.

Previously, the design of theGoogle Pixel 3 XL smartphone surfaced via hands-on photos and an unboxing video.

As per earlier reports, the Google Pixel 3 XL will feature a notch on top of the display with two cameras inside the notch. Theupcoming flagship will come with a 6.7-inch 19:9 full HD+ display and for the camera front, it will have a single 12-megapixel rear camera and dual 8MP front cameras.

It will be powered by Qualcomm Snapdragon 845 processsor and a 630 GPU Adreno. The phone will reportedly come with 4GB RAM and 64GB internal storage and will run on the Android 9.0 Pie. For the battery, Google Pixel 3 XL will have a 3,430mAh battery with wireless charging support. It will run stock Android 9.0 Pie out-of-the-box.

The Google Pixel 3, on the other hand, is expected to feature a smaller 5.5-inch display with 2960 x 1440 pixel resolution and a regular 18:9 display. Like Pixel 3 XL, this one will also feature a single rear camera and dual front cameras. It will be powered by Qualcomm Snapdragon 845 SoC coupled with 4GB RAM and 64GB storage.