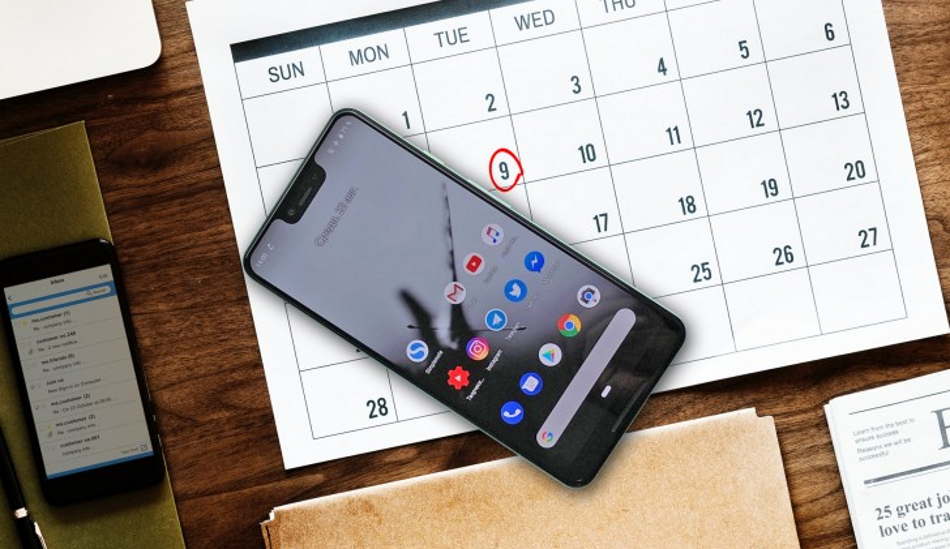 Google is expected to launch the upcoming Pixel 3 and Pixel 3 XL smartphones on October 9, according to reports. The phones will be the third generation of the Pixel family of smartphones.

As per a Bloomberg report, Google might launch its flagship Pixel lineup of phones on 9 October at the event in New York City, however, no official launch date has been confirmed by Google as yet. Google is also speculated to announce some other devices such as Pixelbook and Pixel Watch along with Pixel smartphones.

As per reports, Apple will be launching next-gen 3 new iPhones at an event on September 12 which are said to go on sale by September 21. So the Google Pixel phones are launched by late October, they will be launched after a month of the Apple iPhone 2018 launch.

Google Pixel 3 XL hands-on photos and unboxing video surfaced online revealing the design of the smartphone, however not much is known about the smaller Pixel 3. The Pixel 3 XL will arrive with a notch on top of the display with two cameras inside the notch.

As per earlier reports, the Google Pixel 3 XL will come with Qualcomm Snapdragon 845 chipset and a 630 GPU Adreno chipset with 4GB RAM and 64GB internal storage. It will run on the Android 9.0 Pie out of the box and a 3,430mAh battery with wireless charging support. The Pixel 3 XL is rumoured to feature a tall 6.7-inch 19:9 full HD+ display and a single 12.MP rear camera and pair of the 8MP front cameras.

The Google Pixel 3, on the other hand, is rumoured to come with the smaller 6-inch display than Pixel 3 XL with 2960 x 1440 pixel resolution and a big notch on top. It will likely be carrying a single rear camera and dual front cameras. Said to be powered by Qualcomm Snapdragon 845 SoC, it will have 4GB RAM and 64GB storage.