Google has announced that it is hosting a new launch event on October 6 where it will unveil the Pixel 7 series and Pixel Watch. 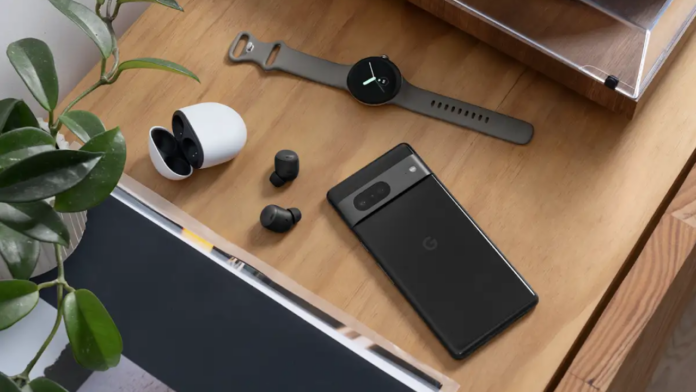 The company made an announcement on the company’s US store on Tuesday where it revealed that the upcoming Made by Google launch event is set for October 6. “On October 6, 2022 at 10 am ET (7:30pm IST), we will officially introduce the latest Google Pixel device portfolio during a live event”, said Google. Apart from these three devices, the brand is also expected to unveil new Nest smart home products.

Google reiterated what it mentioned during the first tease, that the Pixel 7 phones would run on Android 13 and feature the next generation of Tensor, Google’s own custom mobile chip, which is claimed to be more helpful, personalized features for photos, videos, security, and speech recognition.

As for the Google Pixel Watch, it is the first smartwatch designed and built by Google – and the first time when the brand is integrating Fitbit’s health and fitness expertise in its device as well. It will sport a reimagined WearOS experience and is designed to work with all Pixel and Android phones, as well as Pixel Buds Pro and A-series earbuds, as per Google.

At the I/O 2022 event, Google said that the Pixel Watch also comes with customisable, swappable wrist bands that can seamlessly attach. Further, for a seamless experience, you get access to Google’s services on your wrist with the Pixel watch, which includes Google Assistant, Google Maps, and Google Wallet. Google has also integrated a feature where the watch acts as a remote for compatible smart home devices using the Home app for Wear OS.