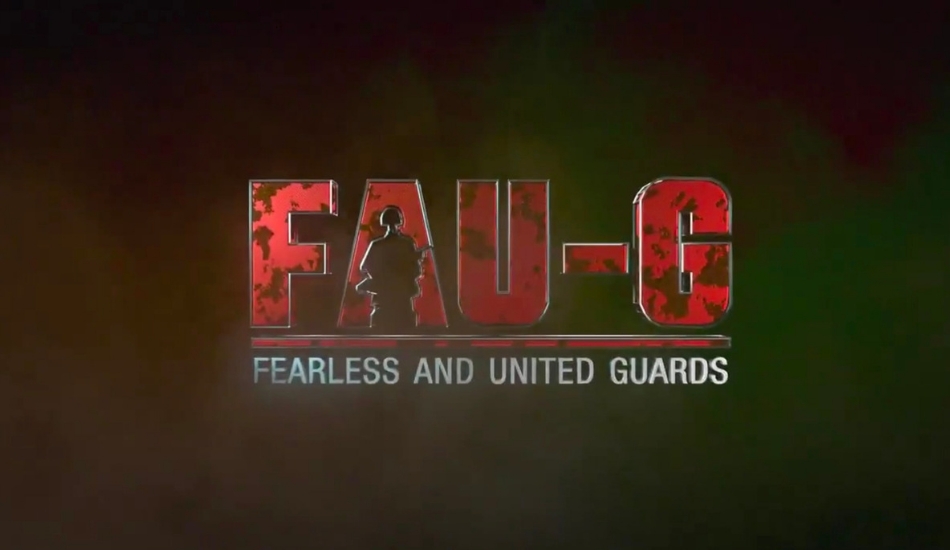 The game teaser for the FAU-G game which is rumored to arrive sometime in November has been revealed by Akshay Kumar on his Twitter account.

FAU-G, the upcoming shooter game now has a teaser revealing all the graphics and gameplay scene within the game. The teaser was released by Akshay Kumar on his Twitter account on the occasion of Dusshera, which was yesterday, 25th of October. 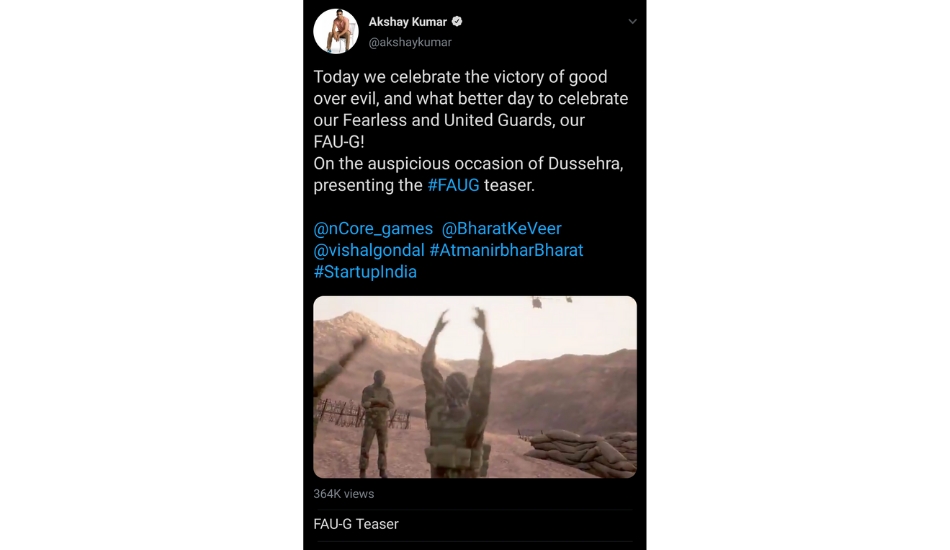 The game still doesn’t have a release date and even the teaser says it’s Coming Soon’. The teaser reveals how the graphics look which aren’t the best when compared to the competition such as PUBG and Call Of Duty Mobile. 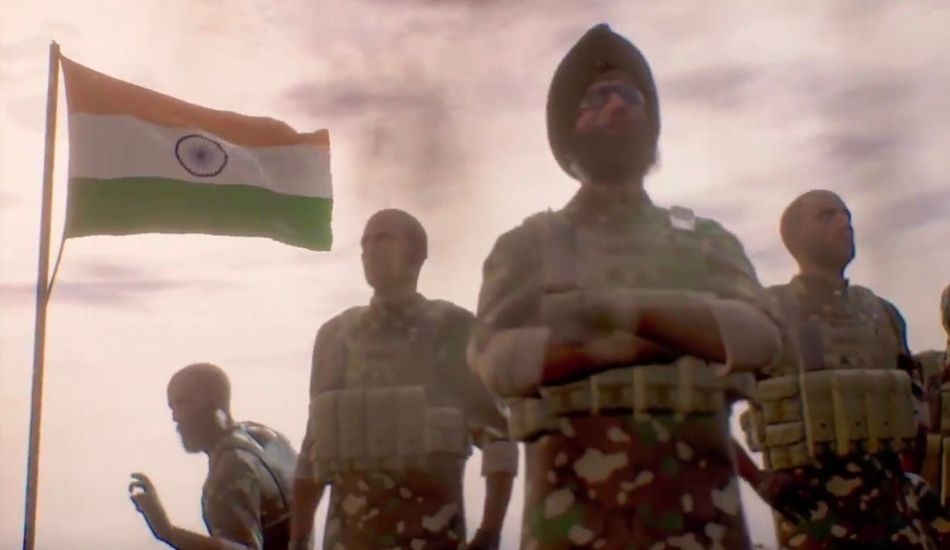 The teaser replicates the Galwan Valley incident which took place back in June and shows some combat scenes but without weapons. The game is under the works and will be published by nCore games.

Read More: PUBG Mobile to make a comeback in India as per a LinkedIn Job Listing

The game is touted to be a PUBG competitor but we still have to wait and see the basic concept of the game once it releases because as of now, we just have information that it is going to be a shooter game.

The first glimpse of the game was given to the audience back in September beginning with just a poster which also sparked a controversy later on. But now, we have a full-fledged teaser and the game is rumoured to launch in the early November.