PUBG out, FAU-G in

After the PUBG Mobile ban, many players are looking for alternatives of the game, and other companies are also taking advantage of this ban by launching new games with a similar concept.

One of these companies is the nCore Games. They have announced a new game that is called Fearless and United: Guards (FAU: G). The news of this new game was announced by Vishal Gondal, CEO of GOQii.

According to him, the game has been launched in support of Prime Minister Modi’s Atmanirbhar movement. The game has been developed under the mentorship of Akshay Kumar, the famous Bollywood actor. 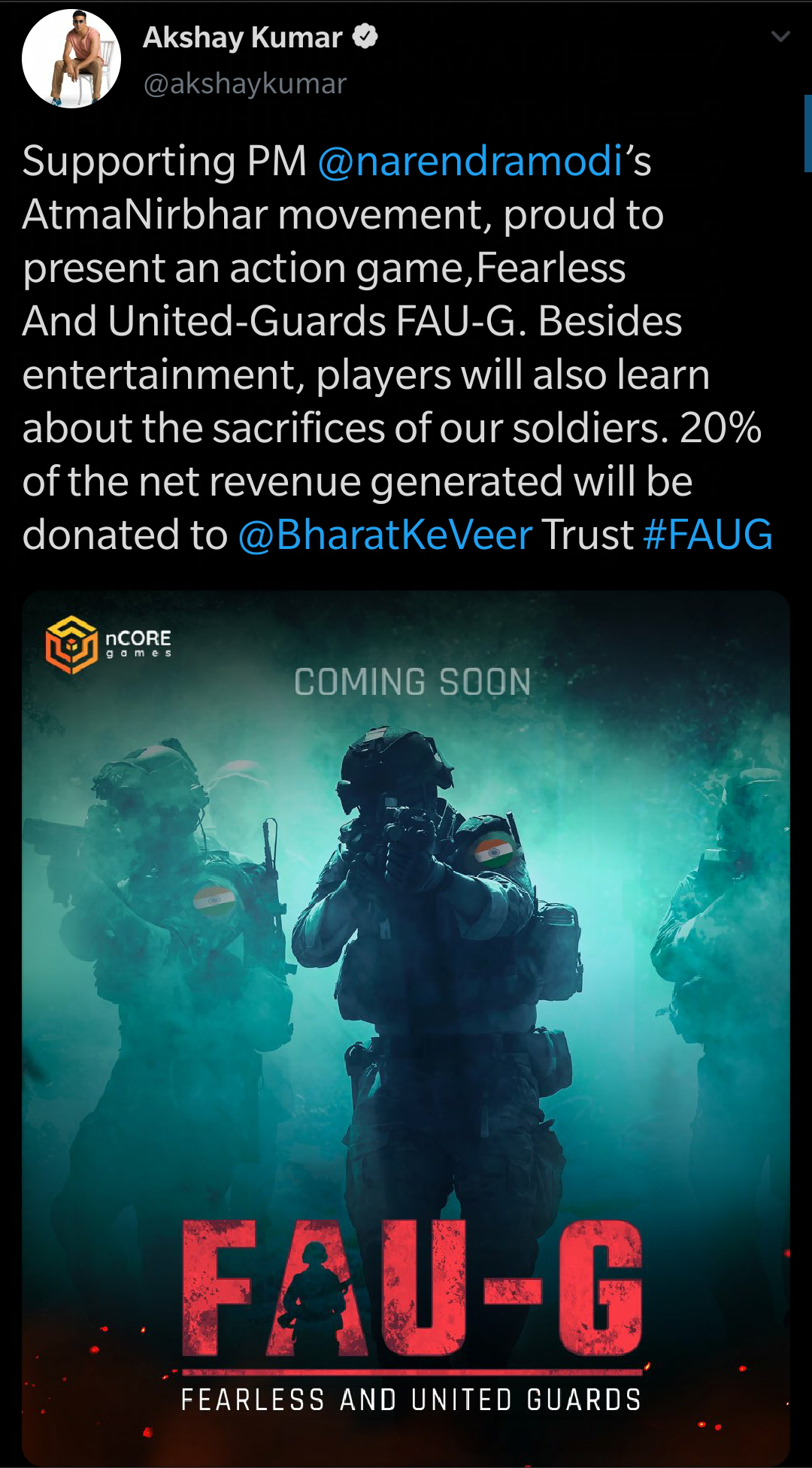 According to Akshay Kumar, 20% of the net revenues of the game will be donated to ‘BharatKeVeer’ trust. Details regarding the game are still yet to be shared by the developers. As of now, just a poster has been revealed.

Looking at the poster, the game looks like a kind of Player-vs-Player Multiplayer game similar to PUBG Mobile, Call Of Duty Mobile, etc. The launch of this game comes 2 days after the government banned PUBG Mobile, PUBG Mobile Lite along with 116 other Chinese apps. 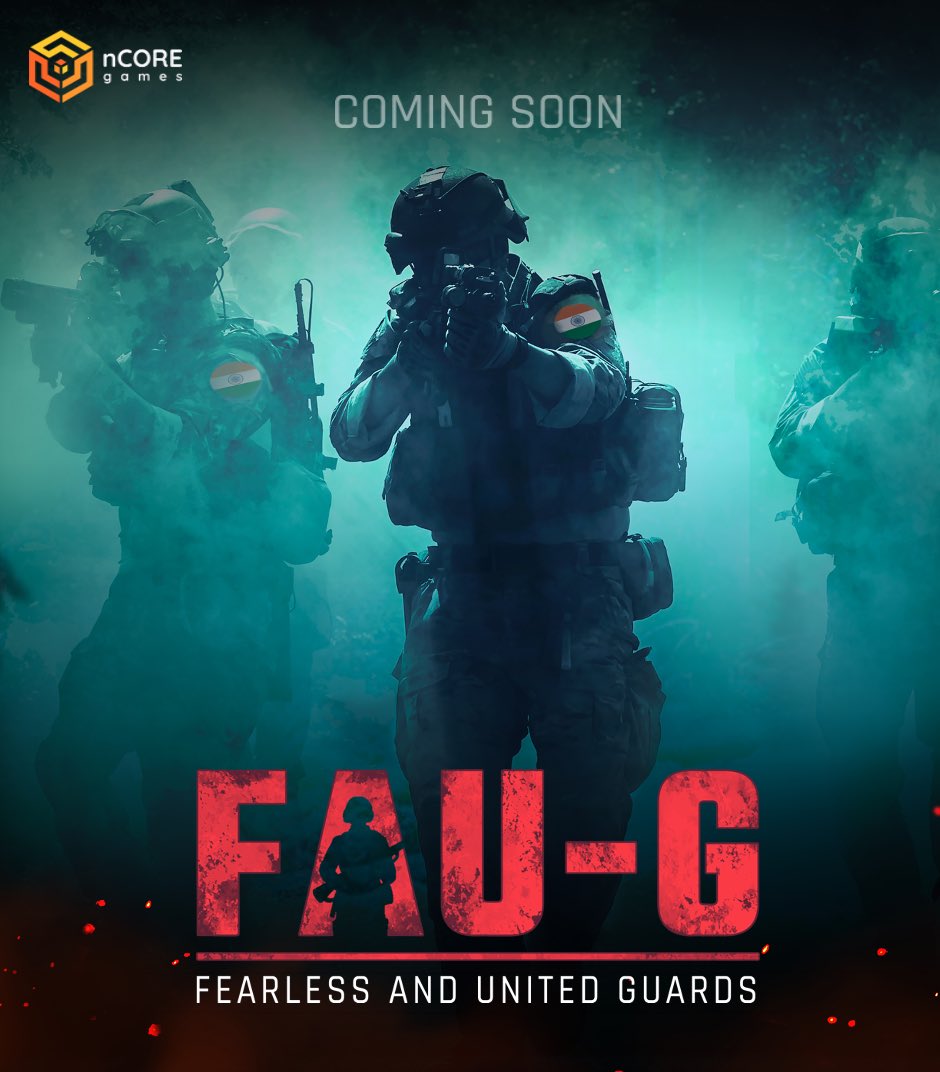 As the app is a part of the ‘Atmanirbhar’ movement which was announced by PM Modi, the game will create many job opportunities for locals and should also prove to be a great alternative to the Now-Banned PUBG Mobile.

More details regarding the game should be shared soon and we will update you accordingly.