Kodak HD LED TV will be offering discounts on its official Android Kodak CA and 7XPRO series, with prices starting from just Rs 7,499. 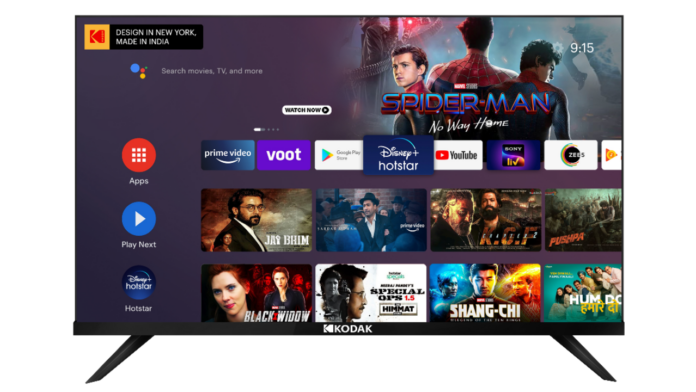 It offers discounts on its official Android Kodak CA and 7XPRO series, starting with prices as low as Rs 7,499. The major attraction during the sale will be 24 inch, 32 inch, 43 inch and 55 inch TV models from the CA series.

The units under the 7XPRO series come with features like Cortex A53 Quad Core Processor and Mali450 GPU. It enables TVs to run at a fast speed with a screen brightness of up to 500 units. It amplifies the display features with vivid picture quality and proper contrast.

The bezel-less Kodak CA series has spectacular features like the 4K HDR10 display, Dolby Digital Plus, and DTS TruSurround. It provides multiple connectivity options with USB 2.0, HDMI ARC/CEC, and Bluetooth v.5.0 (latest version) with a user-friendly remote. In addition, the CA series has the latest Android 10 interface, and it provides easy access to Google Assistant for user-friendly navigation.

These official Android televisions are coupled with Chromecast and have an in-built Google Assistant. The home screen also displays content from various multiple channels against the competition, which features apps. The Google Play Store also offers games and music in addition to just TV and movies.

Kodak says that the customers can avail 10% instant discount on ICICI Bank debit and credit cards.