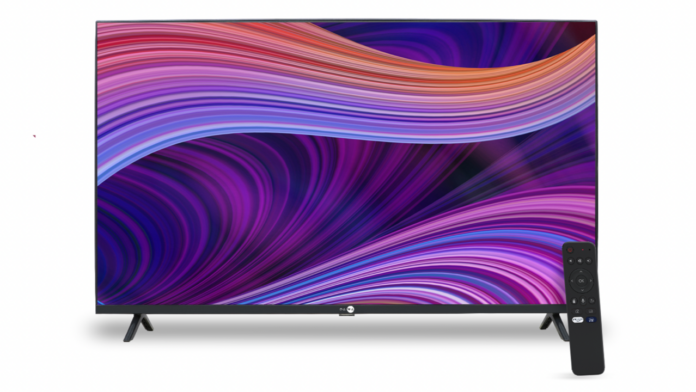 Daiwa has launched two new Smart TVs in India with in-built voice assistant along with HD and Full HD display panels. Both the 80cm (32) and 109cm (43) TVs include LED -backlit (DLED Panel) and the Android 9.0 operating system, as well as a metallic built for the 43-inch model.

Priced at Rs 12,990 for the 32-inch model (D32HCVA1) and Rs 22,990 for the 43-inch model (D43FCVA1), the Smart TVs are already available at leading retail stores in India with a 12 months complete warranty and additional 12 months on Panel warranty. Daiwa, in addition to the Voice assistance and Bluetooth connectivity line of Smart TVs, unveiled two new variations of non-voice assistant Smart TVs with the same features – D32HCA1 (32) and D43FCA1 (43). Both televisions are priced at Rs 12,490 and Rs 21,990, respectively.

The 32-inch model comes with 1366 x 768-pixel resolution while the 43-inch model has 1920 x 1080 pixels resolution. Both of them have an A+ Grade DLED Panel and Quantum Luminit Technology along with 16.7 million colors in 80cm (32) and 1.07 billion colours in 109cm (43). The smart TVs support ADS display (Advanced Super Dimension switch) that offers higher transmittance, brightness and contrast.

The Cloud TV-powered Smart TVs run on the Android 9.0 operating system and the A-53 Quad Core Processor, and include 1 GB RAM and 8 GB ROM of internal storage with a refresh rate of 60Hz.