BoAt will soon launch Airdopes 500 ANC in India that will come with Bluetooth 5.2, ANC, and more. 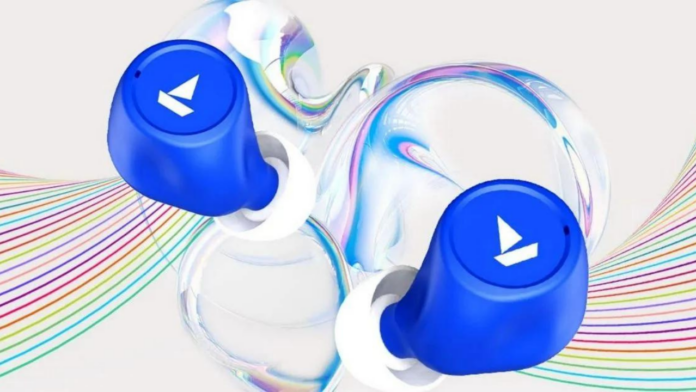 The Boat Airdopes 500 ANC is powered by 8mm drivers setup with Boat’s signature audio experience and has Bluetooth 5.2 for wireless connectivity. Further, they come with support for hybrid active noise cancellation up to 35dB, which means it will be able of cancelling out a broader range of frequencies.

The TWS also comes with a dedicated low latency mode and ambient mode, which in otjer words is a transparency mode that allows users to clearly hear their surroundings while listening to play music. They come with a quad-speaker setup with ENx technology, which is said to bring better voice quality in calls by filtering out the unwanted noise from the surroundings.

The TWS comes with in-ear detection, which means the music will stop playing once you’ve removed the buds from your ear and the playback will resume when you put them back to your ear. The device also comes with Instant Wake n Pair (IWP) feature so you can seamlessly connect your device to the TWS as soon as you open the lid of the case. The Airdopes 500 ANC also comes with support for Siri and Google Assistant. They have an IPX4 water resistance rating.