Bajaj launches Street 180 against the Suzuki Intruder in Indian at Rs 84,475

It is available in colour variants, which includes the Ebony Red and Spicy Red.

India based motorcycle manufacturer, Bajaj Auto has added a new member to the Avenger family, dubbed as the Street 180. An upgrade and replace to the Avenger Street 150, it is launched against the Suzuki Intruder 150 at a price tag of Rs 84,475 (ex-showroom). Available in colour variants, which includes the Ebony Red and Spicy Red. 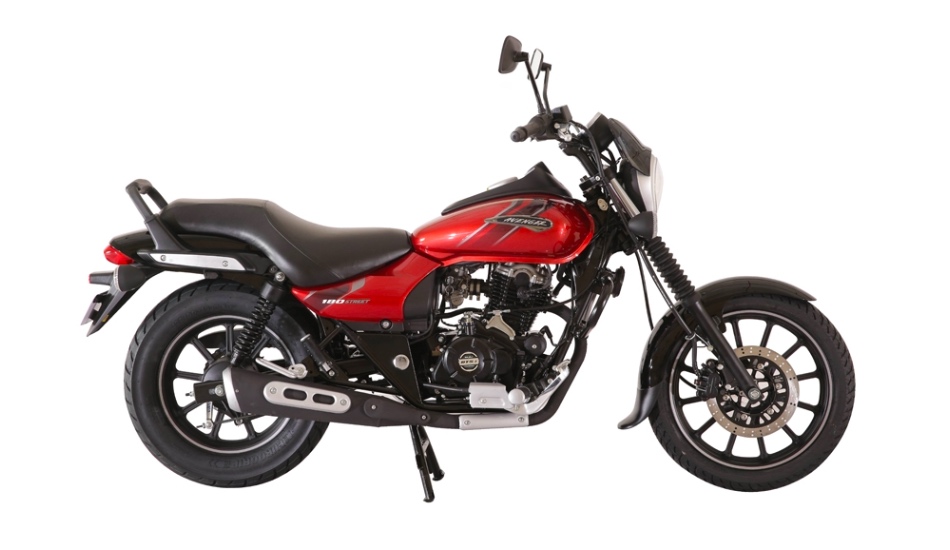 In terms of design, the bike gets a new roadster design headlamp with LED DRLs, lower & longer profile, new graphics with larger insignia, rubberized rear grab and black Alloy wheels. For those who don’t know DRL stands for Daytime Running Lights, a feature which is compulsory in all BS4 engines by the Indian Government Law.

As far as dimensions are concerned, the motorcycle measures 2210mm in length, 806mm width and 1070mm height, which makes it longer than the intruder and more comfortable as well. Further, it has a wheelbase of 1480mm and minimum ground clearance of 169mm. Street 180 is equipped with a 13-litres fuel tank capacity and a kerb weight of 150kg. Similar to the Avenger 220, the bike runs on the same telescopic fork at the front and twin shock absorbers at the rear.