ROG Phone 6 is all set to launch soon and its specs have been tipped. 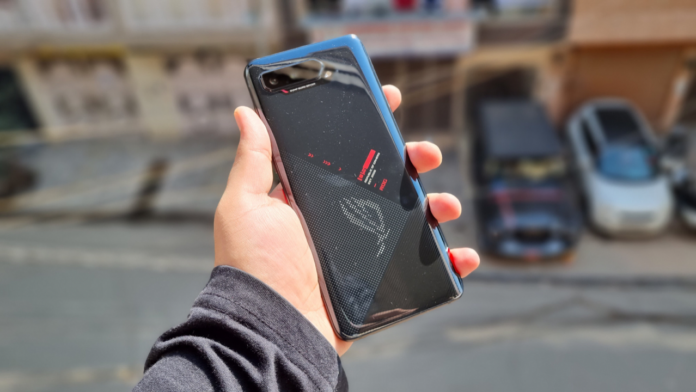 As per tipster Mukul Sharma, the device will have a 6.78-inch full-HD+ OLED display with a 165Hz refresh rate. While the size of the display is identical to ROG Phone 5, the refresh rate seems to have bumped up from 144Hz to 165Hz. The ROG Phone 6 is also said to have a Snapdragon 8+ Gen 1 SoC and could be the first smartphone to come with this processor.

It could be paired with up to 18GB of RAM and a maximum of 1TB onboard storage. Additionally, the new gaming phone is claimed to run Android 12. As for optics, Asus should offer a 64-megapixel primary camera on the new ROG Phone that would include improved optics and optical image stabilisation (OIS) support.

The device could pack a dual-cell 6000mAh battery with support for 65W fast charging. It will have advanced gaming triggers. Furthermore, the smartphone will come with at least 3 gaming accessories.

In recent news related to Asus, the brand has launched two new gaming products in India including the ROG Flow Z13 2-in-1 Gaming tablet alongside the TUF Dash F15 2022 model. The gaming tablet is powered by up to a 14-core Intel Core i9-12900H CPU and NVIDIA up to a GeForce RTX 3050 Ti GPU. The tablet has multiple display options out of which one can opt for a 4K display with a 60Hz refresh rate.