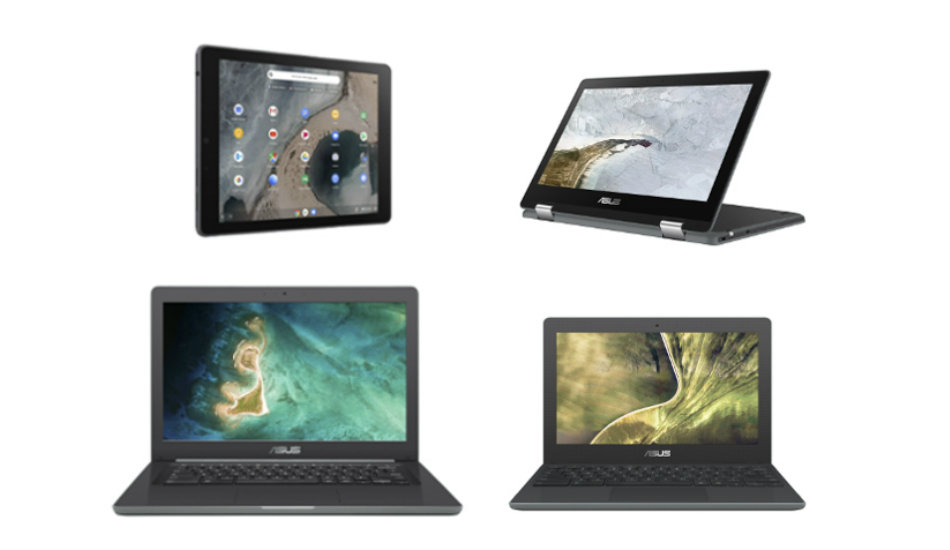 The Chromebook Tablet CT100 comes with 9.7-inch QXGA display housed inside a rubberised chassis that measures in at 10mm and can withstand drops of up to 100 cm. The tablet along with the Asus Chromebook C204, Chromebook Flip C214 and Chromebook C403 will be on display at the CES 2019 event in Las Vegas.

A month after introducing the VivoBook 15, F570 notebooks with AMD Ryzen chipsets, Asus has now announced a new line of Chromebooks running the latest version of Chrome OS and compatible with the Google Play Store. The new line of ASUS Chromebooks include the Chromebook C204, Chromebook Flip C214, Chromebook C403 and Chromebook Tablet CT100 which will compete against the likes of Google Pixel Slate, Samsung Chromebook Plus and Acer Chromebooks. The new Chromebooks from Asus will be on display at the Consumer Electronics Show (CES) 2019 event in Las Vegas.

The highlight of the announcement comes from the Chromebook Tablet CT100 which is the first Asus-branded Chrome OS tablet to hit the market. The kid-centric tablet comes with 9.7-inch QXGA display housed inside a rubberised chassis that measures in at 10mm and can withstand drops of up to 100 cm. The tablet runs on the same version of Chrome OS as on many notebooks and Chromebox desktops and features a touch-based interface that’s intuitive for children from kindergarten through grade 12. 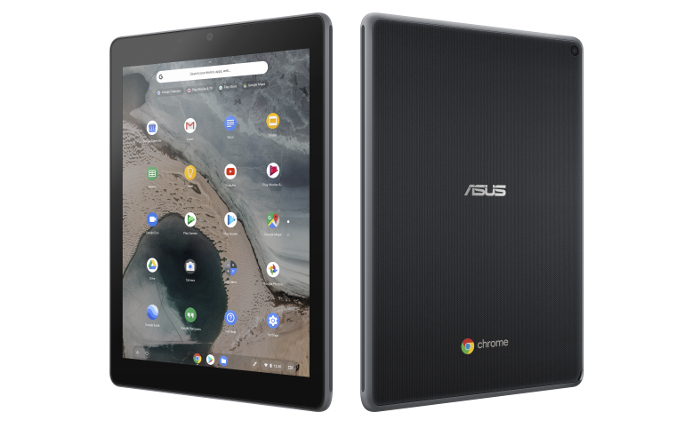 The Chromebook Tablet CT100 is powered by OP1 hexa-core processor with two Cortex-A72 cores and four Cortex-A53 cores and is backed up by 4GB of RAM and 32GB of onboard storage. The device charges through a standard USB Type-C port which fuels the 35Wh on the inside. For connectivity, the tablet comes with Bluetooth 4.1, an audio combo jack and a microSD card reader.

The Chromebook C403 is designed for bigger kids with a 14-inch HD display that offers a resolution of 1366 x 768 pixels and a 180-degree hinge to be made use of at any angle. The device is powered by a dual-core Intel Celeron with 4GB of RAM and 32GB of onboard storage. Users will have access to Google’s suite of cloud productivity apps and can use Google Drive to back up their files for safe-keeping. 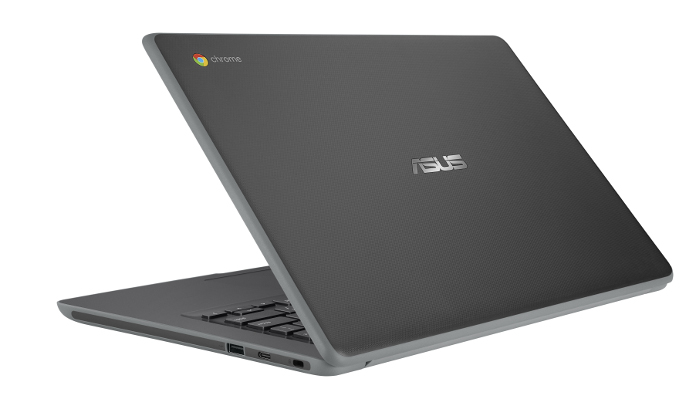 The Chromebook C403 features a sturdy keyboard with 2 mm of key travel that ensures long study and is resistant to spillage. For connectivity, there are two USB Type-A ports, two USB Type-C ports and an audio combo jack. The notebook equips a 45Wh battery that offers up to 11 hours of battery backup on a single charge.

The Chromebook C204 features an 11.6-inch HD display with anti-glare coating, 1366 x 768 pixels resolution and up to 250 nits of brightness. The device is housed inside a rubberised chassis with thick bumpers on all corners, thus withstanding falls up to 120 cm when dropped flat, and up to 80 cm when dropped on its sides. Users can opt for a regular display or the one with a touchscreen functionality but both models feature a keyboard that has 1.5mm of key travel. 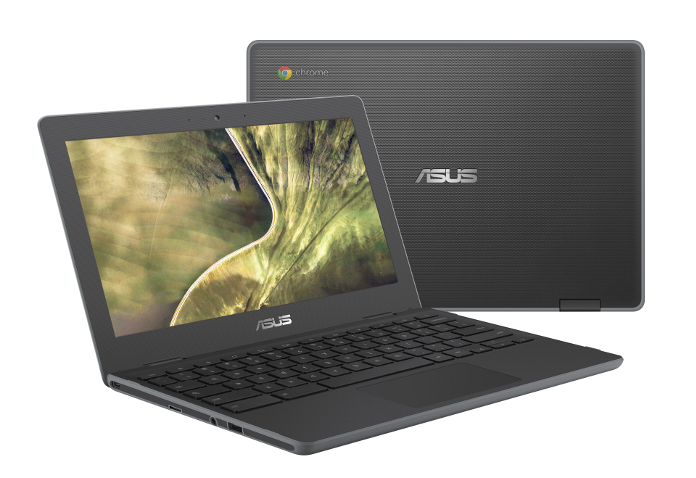 The Chromebook Flip C214 is a 2-in-1 convertible, meaning the device can be used as a tablet as well as laptop and has some resemblance to the Chromebook C204 with rugged exteriors, spill-proof keyboards, and two-tone colour scheme. The C214 is powered by a dual-core Celeron, 8GB of RAM, and 64GB of storage but is backed up by a smaller 45Wh battery. 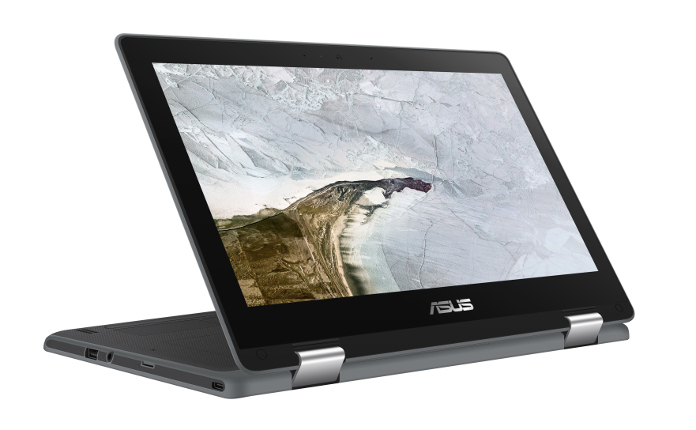 Connectivity options include a MicroSD slot, one USB Type-A port, two USB Type-C ports, an audio combo jack, Bluetooth 4.2 and WiFi. The difference between the C214 and C204 is that the former comes with an 11.6-inch HD touch display with Gorilla Glass 3 for added protection and a 360-degree hinge. The hinge allows the device to seamlessly switch between laptop and tablet depending on the mode of use. There’s a worldview camera which rests at the bottom-right corner of the palm, better suited for video calls and recording when the laptop is in tablet mode.

The Asus Chromebook C204, Chromebook Flip C214, Chromebook C403 and Chromebook Tablet CT100 will all be available for purchase later this year and will be displayed at the Consumer Electronics Show (CES) 2019 event in Las Vegas.