Apple’s “Far Out’ event on 7sept: All about expected iPhone 14 launch and more 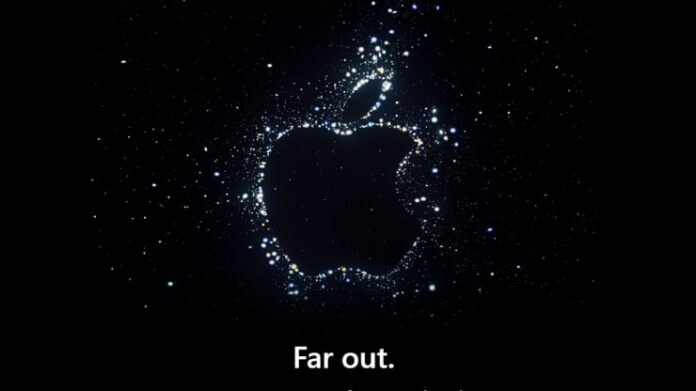 Apple has sent out invitations, with the tagline “Far Out”, to their iPhone launch event on September 7, which is also the date they’re anticipated to announce other gadgets like iPads and Apple Watches.

Apple will be streaming the event on YouTube and their website. Reducing people attending physical events and adopting a hybrid model has been a part of Apple’s approach since this year’s WWDC.

iPadOS 16 delayed release confirmed by Apple, will arrive as version 16.1

Apple will unveil new iPhones at their September event. They are expected to release four new models, including the iPhone 14 and a larger iPhone Plus model.

Apple may think about changing its iPhone lineup, by adding a new clearer distinction between how its “standard” and “pro” iPhone models. This will make it simpler for consumers to understand what each apple phone offers them.

The iPhone 14 is expected to feature an increased battery life and some modest performance improvement but will otherwise look very similar to the iPhone model released last year. The price of the iPhone 14 may not go up and may be priced around $799.

There is speculation that Apple is releasing an iPhone Max. It will have a 6.7″ display, similar to the standard model, but offer richer features and design. In addition, the company could charge more for this phone as it will have a bigger screen with a bigger battery.

Apple may release two premium smartphones, the iPhone 14 Pro and iPhone 14 Pro Max as well. Both models are expected to have a notch-less display, a new A16 processor, and improved battery life.

The company is also expected to launch three new models of iPads, the 10th iPad, which will be their most affordable and another enhanced version of the iPad Pro.

Three new Apple Watches are also expected to be released: the 8th series, the SE updated, and an extreme sports model. The next generation watch is expected to maintain the same design but will feature a large display and a big battery.

The new Apple Extreme Watch may cost more than other models, with the price expected to go upwards of $900. However, as per the leaks, this version is designed for outdoor enthusiasts.

Apple has been steadily performing better than its competitors while demand for other brands’ smartphones continues to weaken. As a result, apple has taken steps to maintain the prices of its smartphones high, even though they are only in a tiny percentage of the overall market share.

It’s reported that Apple might launch a new version of AirPods Pro with a more compact design and one extra wireless chip. However, it may not come with a short stem that sticks out from the bottom, so it could have a smoother rounded shape, much like other wire-free earbuds by Google and Samsung.

Instead of releasing a foldable phone, some analysts think that Apple will release new services to keep consumers in the ecosystem. It will be interesting to see what Apple has planned for the future with their iPhones. For example, a hardware subscription service would be the next logical step with iPhones.