iPadOS 16 delayed release confirmed by Apple, will arrive as version 16.1

iPadOS 16 release has been delayed and has now been confirmed to arrive as iPadOS 16.1 later this fall. 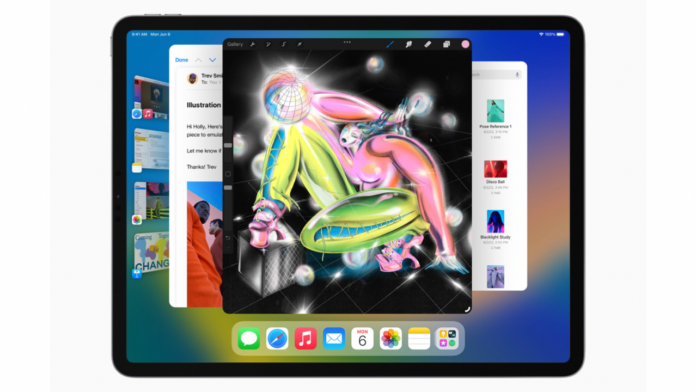 Back in June, Apple announced iOS 16, iPadOS 16, macOS Ventura, tvOS 16, and watchOS 9. While the Cupertino-based company usually releases the stable versions of these new updates for all the devices simultaneously, it seems like it will be different this time as Apple has officially confirmed that stable version of iPadOS 16 has now been delayed.

In a statement to TechCrunch, the company said, “We have the flexibility to deliver iPadOS on its own schedule. This Fall, iPadOS will ship after iOS, as version 16.1 in a free software update”. This is an unusual approach from Apple considering it always releases the new versions of iOS and iPadOS at the same time.

However, this doesn’t mean that Apple couldn’t deviate from the track as the company already separated iPadOS from iOS a few years back. Moreover, beta users of iPadOS 16 have complained about a lot of bugs in the software, especially related to Stage Manager, which need to be ironed out before the official release.

Another reason behind the delayed rollout of iPadOS 16 could be the company’s rumoured plan to host a separate launch event for new iPads in October where the company could officially rollout iPadOS 16.

Talking about iPadOS 16, it comes with a bunch of new features. Users can now edit or recall recently sent messages, recover recently deleted messages, and mark conversations as unread so they can come back to them later. Additionally, users can now begin a SharePlay session via Messages, so they can choose a shared activity — like a movie, TV show, workout, or game — and enjoy it together in sync while chatting via Messages.

Another new feature is Freeform. It is a powerful new collaboration app with a flexible canvas, giving users the ability to see, share, and collaborate all in one place.