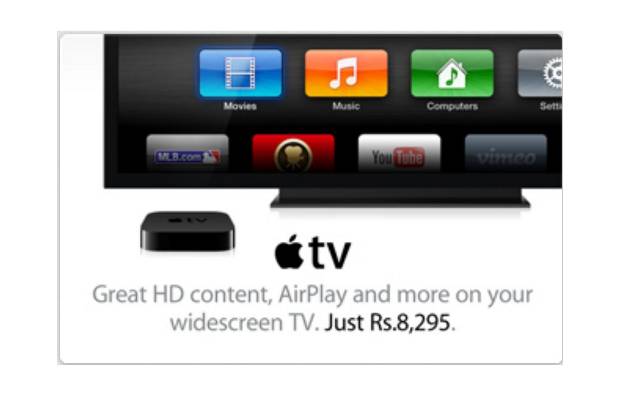 Customers who want to experience the Apple TV+ can subscribe for Rs 99 per month.

With this, customers who want to experience the Apple TV+ can subscribe for Rs 99 per month. Interestingly, the company is offering a free seven-day trial for those who want to try out the service before opting for a subscription. To recall, the streaming service was announced in March this year and the Cupertino-based giant revealed the price and launch date during its iPhone launch.

The company has already revealed key details of the upcoming series. To start with, the Apple TV+ subscription can be used by up to six people in a family sharing group. Apple’s TV+ streaming service will be initially limited to iPhone, iPad, Apple TV and iPod touch. Apple has revealed that the service will later be pushed to Mac computers running on macOS Catalina, select Samsung smart TVs, Amazon Fire TV devices, LG, Roku, Sony and VIZIO streaming boxes.

One can also watch the content on the web using tv.apple.com website. To subscribe to Apple TV+, customers must update to iOS 12.3 or later, tvOS 12.3 or later and macOS Catalina. The company has revealed that users will get 1 year of free Apple TV+ subscription on the purchase of new Apple iPhone, MacBook and iPads.

The company has also revealed the list of shows that will be available on Apple TV+. The list includes ‘See’ featuring Jason Momoa, ‘The Morning Show’ featuring Steve Carell and Jennifer Aniston and other new shows including Dickinson, For All Mankind, Helpsters, Snoopy in Space, Ghostwriter, The Elephant Queen and a new Oprah Winfrey project.

So, it is too early to believe that Apple TV+ will eat up the market share of Netflix and Amazon Prime Videos as the former does not have a wide range of content in different genres. Furthermore, it is currently not known whether the company will introduce India-centric streaming content on its platform or not. However, things could change in the future when Apple will start adding more content to its service. But till then, Netflix and Amazon Prime Videos offers a better library than Apple TV+.