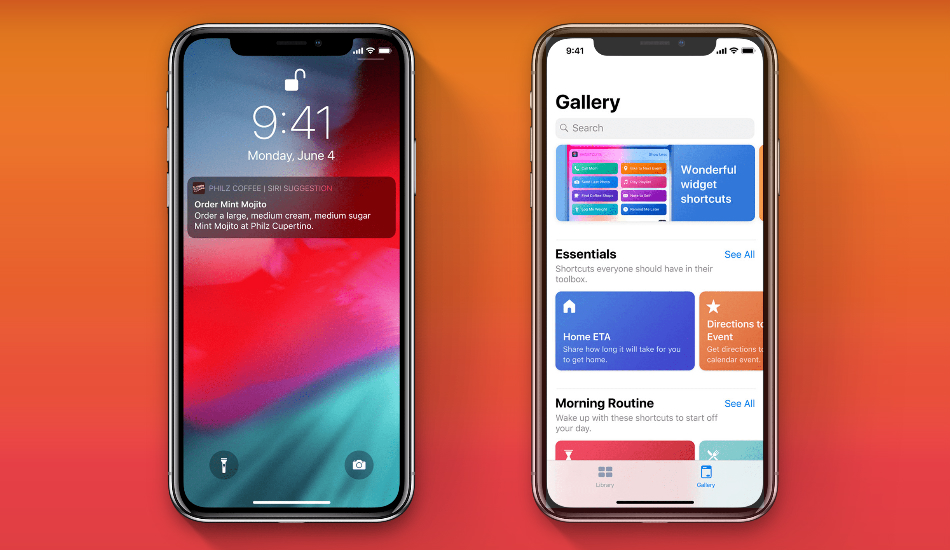 The update weighs in at 377MB for the iPhone XR but will vary across different iPhones. iOS 12.1.1 brings support for additional carriers on dual SIM iPhones and also Haptic Touch on the iPhone XR, allowing users the ability to expand notifications by long pressing on the screen.

In the aftermath of implementing TRAI’s anti-spam DND app, Apple is now rolling out a new update to all iPhones around the same time at which watchOS 5.1.2 finds its way to its Watch lineup. The new update comes in the form of iOS 12.1.1 and brings with it an expanded carrier support for eSIMs and also adds Haptic touch to iPhone XR.

The update weighs in at 377MB for the iPhone XR but will vary across different iPhones. iOS 12.1.1 brings support for additional carriers on dual SIM iPhones which were introduced earlier this year. With this update, more carriers will now be able to support eSIMs on the latest iPhones. In India, eSIM functionality on iPhones is provided by Airtel and Reliance Jio with more operators to be added onto the list in the near future.

iOS 12.1.1 will also fix a problem when users utilise the FaceTime app. Prior to the update, users were forced to open a menu to flip their cameras. The latest update thus brings the camera switching button right on the call screen, thus making it easily accessible. The update also brings back Live Photo feature which was removed when Apple introduced Group FaceTime in iOS 12. 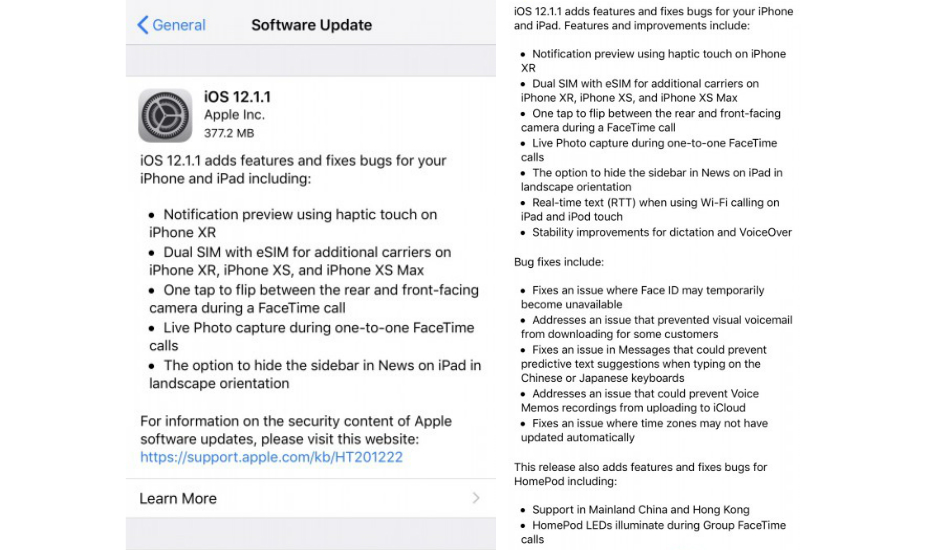 Apple has also added an important feature to the iPhone XR device. While the cheaper iPhone was devoid of 3D Touch which is present on Apple’s high-end devices, it now gets the Haptic Touch. Haptic Touch on the iPhone XR will allow users the ability to expand notifications and can simply be used by long pressing on the screen. iOS 12.1.1 also adds the ability to hide the sidebar in Apple News on iPads.

iOS 12.1.1 is currently being rolled out to all iPhones and iPads. Users can head over to Settings > General > Software Update on their devices to shift to the latest mobile OS from Apple.