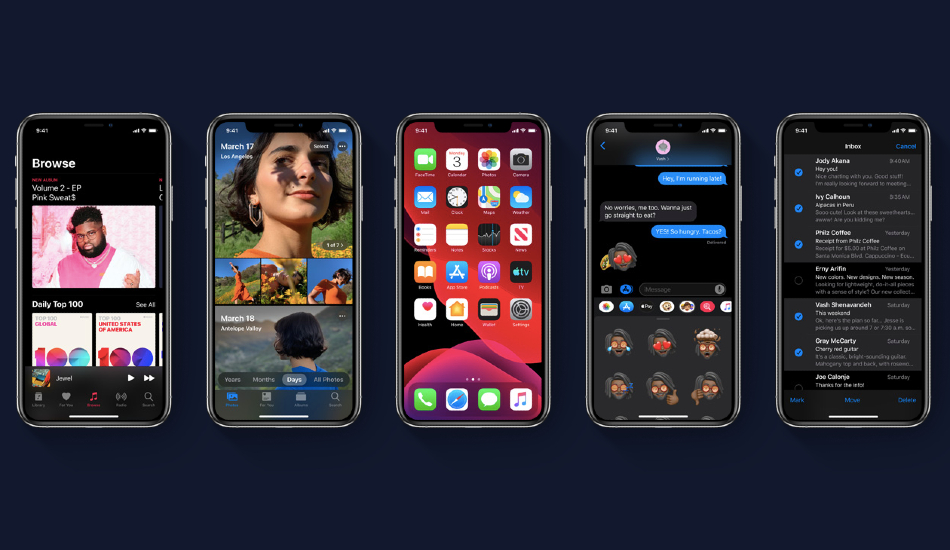 iOS 13 now finds its way to all the iPhone 6s and all iPhones released after that and the 7th-generation iPod touch. Apple Watch Series 3 and newer wearables are now receiving watchOS 6. Apple Watch Series 4 users in India can now enable ECG functionality starting from today.

Apple has started rolling out iOS 13 to all iPhones from iPhone 6s and later and watchOS 6 to Apple Watch Series 3 and later. Additionally, Indian users of the Watch Series 4 can now enable ECG functionality on their watches starting from today. The Cupertino company has also revealed that iPadOS will start rolling out to users from September 24 and so will be the iOS 13.1. Apple Arcade gaming subscription is also now available in India for Rs 99 a month

The highlight of the update is iOS 13 which was announced in June at the WWDC 2019 event. iOS 13 now finds its way to all the iPhone 6s and all iPhones released after that. iOS 13 is also available to 7th-generation iPod touch and is free to download on all the devices. 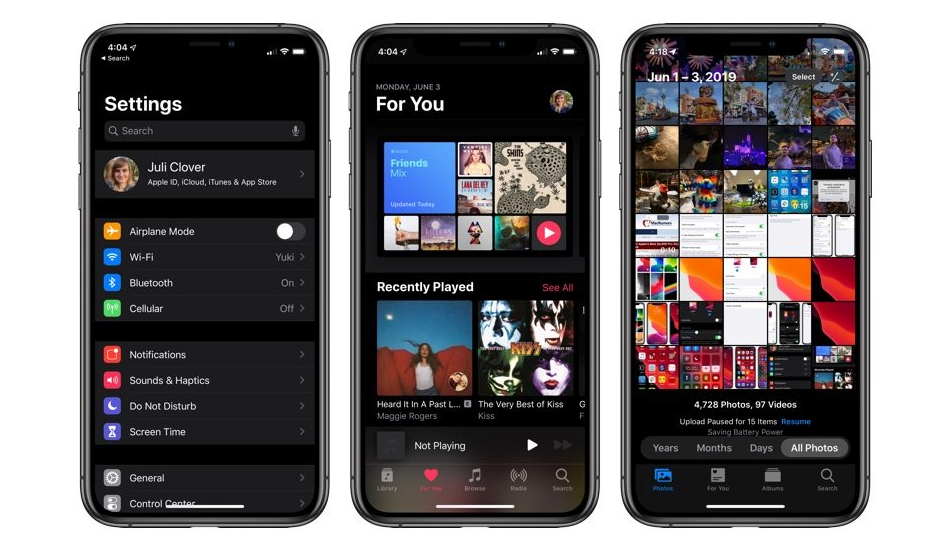 To access the update, head over to the Settings app on your eligible devices and tap on “System update” under General section. The update, if available, can then be download and will take a few minutes to get installed.

With iOS 13, Apple has finally added a system-wide Dark mode which will enable true black backgrounds in Apple’s built-in apps with support for third-party apps to be added later. Face unlock will be 30 percent faster, size of apps and updates will be 50 percent and 60 percent smaller respectively.

The built-in keyboard will have swipe typing and the software now comes with granular permissions, so that apps can only have access to permissions only when using the app actively. Users will now be notified every time an app is tracking your activity in the background. The Photos app now displays pictures and videos sorted by day, month or year with simple editing options right inside the app. 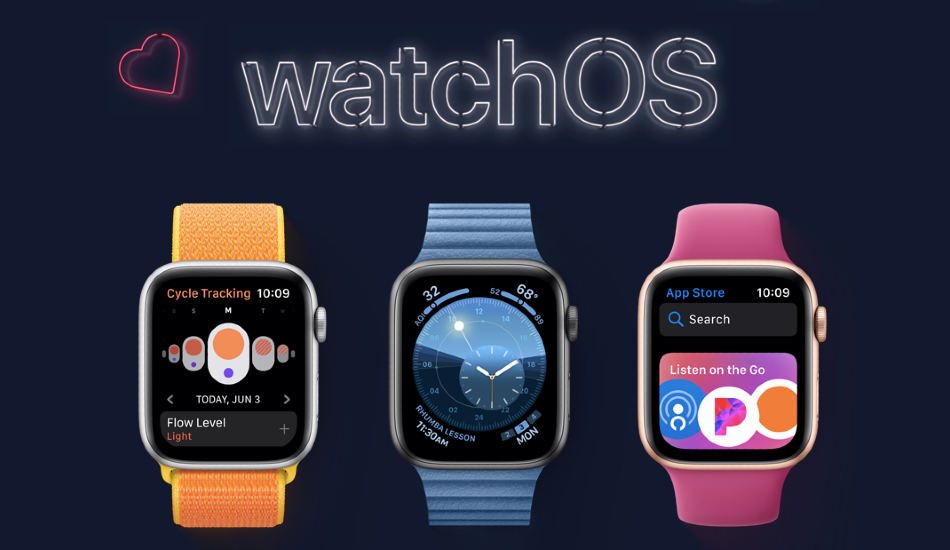 Apple Watch Series 3 and newer wearables are now receiving watchOS 6. The company has confirmed that the Watch Series 1 and Watch Series 2 will get the update later during the fall. To access the update, open the Apple Watch App on the iPhone and head over to General > Software Update.

watchOS 5 comes with a dedicated App Store for downloading and updating apps without needing an iPhone. Apple has added new watch faces – Numerals Mono, Numerals Duo, Modular Compact, a Gradient display to show the period of the day, a solar dial to show the sun in the 24-hour cycle and a California watch face with a mix of numbers and Roman numerals. 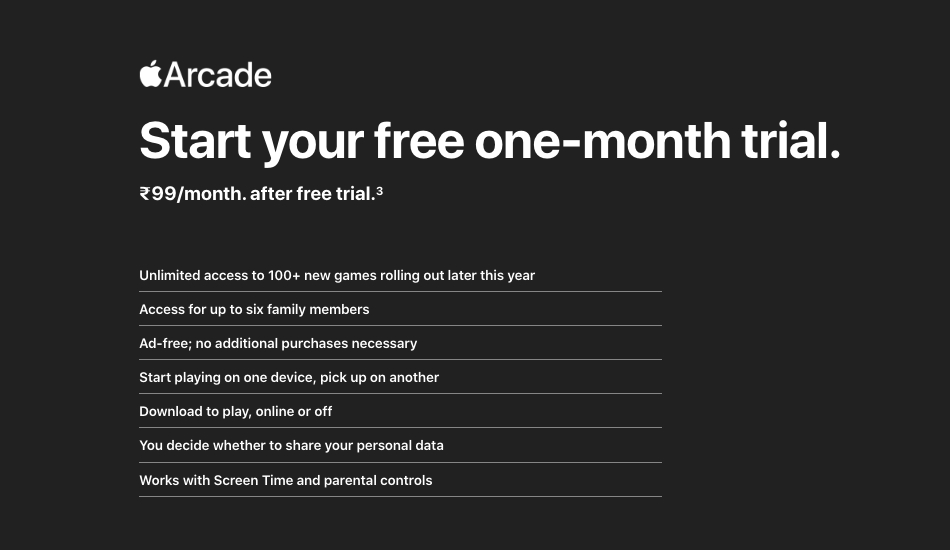 With iOS 13, users can also access the Apple Arcade gaming subscription for Rs 99 a month. Apple Arcade will allow users access to 100+ new games rolling out this year with no ads and additional purchases. The service can be availed by six members of a family and your game progress can be switched from one device to the other. 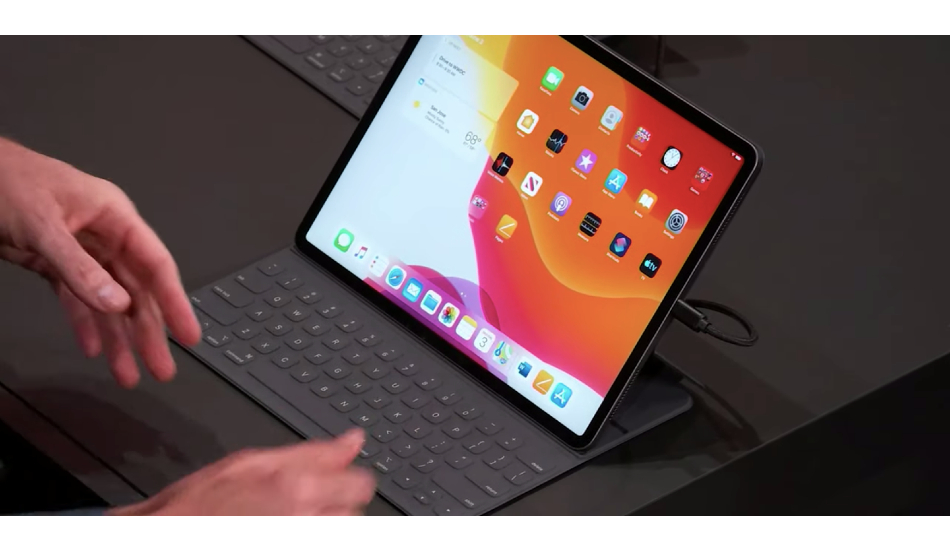 Apple has also announced that it’s releasing iPadOS and iOS 13.1 on September 24. iPadOS will bring larger home screen with extended widgets, Split Screen, a new Slide over feature and three-finger gestures for iPads.

iOS 13.1 will add AirDrop aware suggestions which have been designed specifically for the iPhone 11 series that equips the new U1 Ultra Wideband location chip. iOS 13.1 will also feature audio sharing, shortcut automation and sharing ETA in Maps.