Apple has announced the launch of the new iPad Pro with the M2 chip, while the iPad 10th Gen gets USB-C. 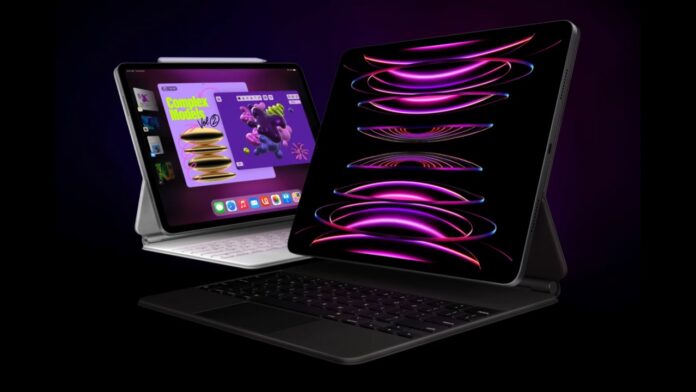 Apple has announced new hardware in its tablet range, including the new iPad 10th Generation which now comes with USB-C, a new display, touch ID integrated power button and more. The brand also debuted the new iPad Pro with the new M2 chip under the hood, that also powers the latest MacBook Air. Apart from that, Apple TV 4K has also been launched. Here’s what has changed in the new iPad Pro and the Apple TV 4K.

The new iPad Pro with M2 chip is available to order beginning today at Apple’s own store, in the Apple Store app in 28 countries and regions, with availability in stores beginning Wednesday, October 26. The new 11-inch and 12.9-inch iPad Pro will be available in silver and space grey finishes with 128GB, 256GB, 512GB, 1TB, and 2TB configurations. Here’s the detailed pricing for the new iPad Pro in 11-inch size:

Here’s the pricing for the same models but in 12.9-inch size:

One can notice that the new iPad Pro is now even pricier than the last year models with prices crossing the 2-lakh mark. However, it is known that Apple doesn’t play on price but the feature set and hardware it provides with its tablets. While there aren’t many changes to talk about in the new iPad Pro, it does get an upgrade in terms of power with the new processor.

More power to the iPad Pro

The new iPad Pro is powered by the M2 chip, that launched with the MacBook Air earlier this year. While last year’s iPad Pro was already having power that was more than enough for many, the new iPad Pro takes it even further with the M2 chip. This means that the app processes will be even faster than before.

This means that gaming and editing apps that require a lot of power will be able to complete tasks even faster. Furthermore, the high-performance media engine on M2 accelerates ProRes encode and decode. Talk about power!

Another new feature the iPad Pro has gained is the Apple Pencil hover experience. Powered by the new iPad Pro and iPadOS 16, hover with Apple Pencil (2nd generation) provides a completely new dimension for users to interact with their screen.

Apple says that the Apple Pencil is now detected up to 12 mm above the display, allowing users to see a preview of their mark before they make it. For example, with Scribble, text fields automatically expand when the pencil gets near the screen, and handwriting converts to text even faster.

This feature has already been available to Samsung Note and tablet users for a while now, when combined with the S-Pen. This does help artists and other users when they want a preview of where the Apple Pencil will perform an action when it touches the display.

The new iPad Pro supports the fastest Wi-Fi connections with support for Wi-Fi 6E which provides downloads up to 2.4Gbps, 2x faster than previous models. There’s also updated Bluetooth 5.3 support and 5G connectivity on the LTE models. While you may not notice a big difference in terms of real-world usage, an upgrade is always welcome.

Even though the camera hardware of the iPad Pro remains the same as before, including the TrueDepth camera system with a 12MP Ultra Wide front camera along with 12MP Wide and 10MP Ultra Wide cameras at the back, there are new features that have been introduced to the camera system, thanks to the M2 chip.

The new ProRes encoder allows the iPad Pro with M2 to now record videos directly in Apple’s high quality ProRes codec and transcode it up to 3x times faster. For photos, there’s an upgrade from Smart HDR 3 to Smart HDR 4, resulting in even clearer and vibrant stills.

Rest of the hardware remains the same

Apart from an updated touch screen, new chip, the rest of the hardware remains identical to the previous year counterparts. It gets the same ProMotion 120Hz display as previous generation iPad Pro, identical quad-speaker audio system, and the same design as well.

The new Apple TV 4K with Siri Remote will be available starting at Rs 14,900 for Wi-Fi model while the Wi-Fi + Ethernet model comes at Rs 16,900. Interestingly, the Apple TV 4K now costs cheaper than the Apple TV 4K from last year, which had a price tag of Rs 18,900.

It will be available for purchase from Apple’s own E-store, and at Apple Store locations. Apple TV 4K is also available through Apple Authorised Resellers and select pay TV providers. Customers can order the new Apple TV 4K beginning today, with availability starting Friday, November 4, in more than 30 countries and regions.

While the Apple TV 4K from 2021 had an A12 chip under the hood, the new Apple TV sees a major upgrade in terms of power. At the heart of the new Apple TV 4K is A15 Bionic that was unveiled last year, making the device even more powerful and energy efficient. Apple claims that the CPU performance has gone up by 50 percent compared to the previous generation. GPU performance is now up to 30 percent faster for even smoother gameplay.

Next, Apple TV 4K now supports HDR10+, in addition to Dolby Vision. This means that viewers will now be able to experience a more contrasty, rich and brighter image via the streaming device. Users can also enjoy a home theatre experience with Dolby Atmos, Dolby Digital 7.1, or Dolby Digital 5.1 surround sound for immersive audio.

The Siri Remote now has a USB-C port for charging instead of Lightning. Apple is slowly switching towards USB-C for all of its devices and it is already extinct on the iPad lineup. Now, with Siri Remote supporting USB-C, users can charge it with any compatible Type-C charger and cable.

Apart from that, new features will be making their way to the Apple TV experience with tvOS 16. It includes updates to Siri that will seemingly make it even easier for customers to use their voice to control Apple TV and interact with the results. Siri on Apple TV features a complete redesign, and will be able to recognise each user’s voice.