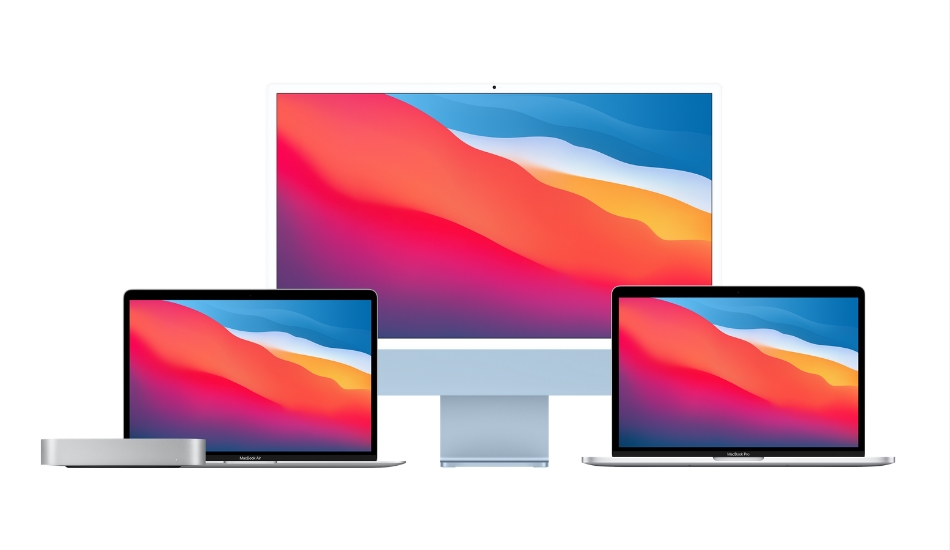 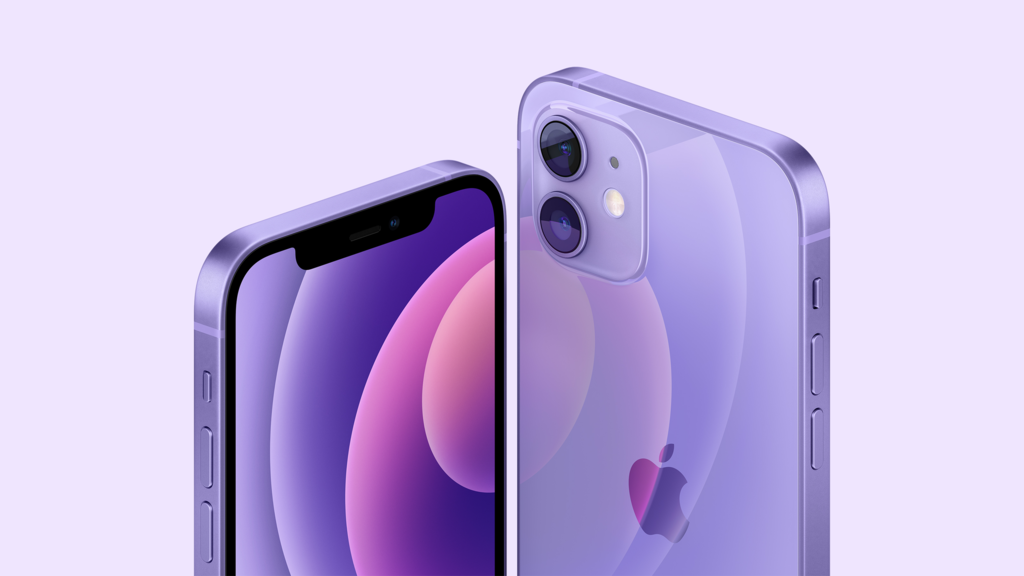 The new iPhone 12 and 12 Mini in purple are the exact same iPhones launched last year but with a new finish. They come with the same OLED displays and are powered by Apple’s own A14-Bionic chip. iPhone 12 and iPhone 12 mini are currently available in blue, green, black, white, and (PRODUCT)RED, and will be available in the new purple in 64GB, 128GB, and 256GB models starting at Rs 79900 and Rs 69900 respectively. It will be available for pre-order beginning Friday, April 23, with availability beginning Friday, April 30.

Listeners will be able to enjoy premium subscriptions from independent voices and premier studios, including Tenderfoot TV, Pushkin Industries, Radiotopia from PRX, and QCODE, to leading media and entertainment brands, including NPR, the Los Angeles Times, The Athletic, Sony Music Entertainment, and many more.

Apple says that listeners will be able to discover channels, which are groups of shows curated by creators with unique titles, descriptions, and artwork starting next month. With iOS 14.5, listeners can access a redesigned Apple Podcasts app featuring an enhanced Search tab that provides quick access to Top Charts and categories.

Pricing for each subscription will be set by creators and billed monthly by default. Creators can additionally offer annual billing, which subscribers can manage from their Apple ID account settings. Listeners will also be able to access free trials and sample episodes offered by creators. Through Family Sharing, up to six family members can share a subscription.

The new Apple TV 4K provides high frame rate HDR with Dolby Vision and is powered by the A12 bionic chip. “And with an all-new design, the Siri Remote makes it even easier to watch shows and movies on Apple TV with intuitive navigation controls”, says Apple. 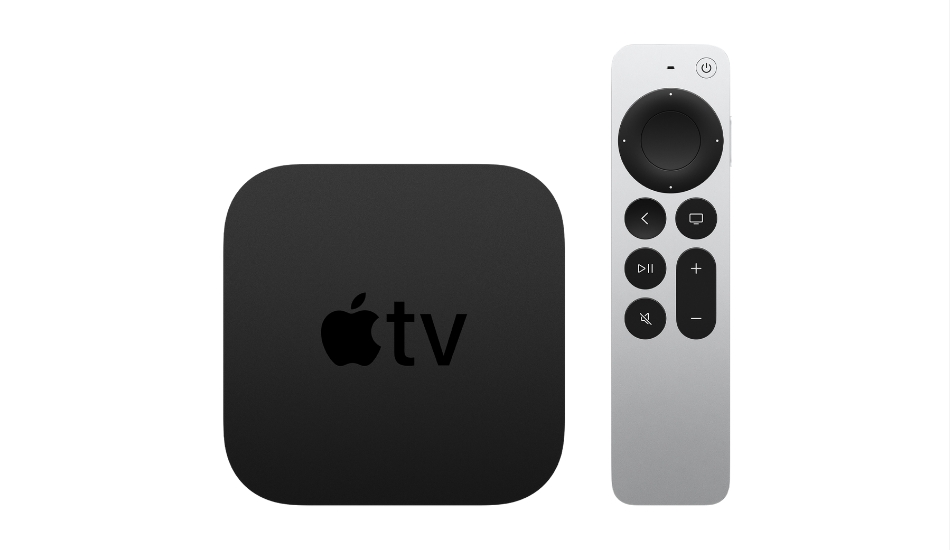 Through an innovative colour balance process, Apple TV works with iPhone and its advanced sensors to improve a television’s picture quality. Apple TV uses the light sensor in the iPhone to compare the colour balance to the industry-standard specifications used by cinematographers worldwide. Using this data, Apple TV automatically tailors its video output to deliver much more accurate colours and improved contrast, without customers ever having to adjust their television settings.

The all-new Siri Remote features an innovative clickpad control that offers five-way navigation for better accuracy, and is also touch-enabled for the fast directional swipes. The Siri Remote also has a power button that controls a TV’s power, and another for mute. Apple TV 4K also comes with support for Apple’s other subscriptions including Apple Music, Arcade, Fitness+, AirPlay along with multiuser support.

AppleCare+ will now also be available for Apple TV, providing three years of technical support and additional hardware coverage, including up to two incidents of accidental damage protection every 12 months. 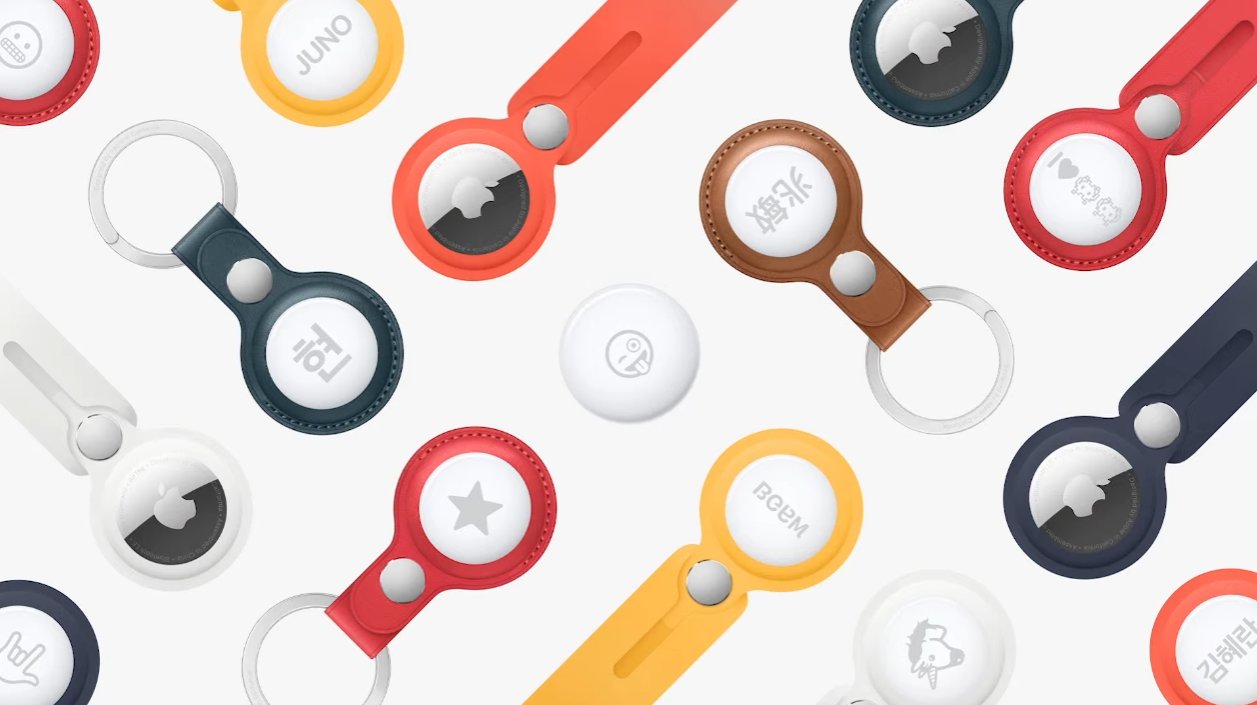 Apple also expanded the Find My ecosystem with AirTag, an iPhone accessory that provides a private and secure way to easily locate the items that matter most, available beginning Friday, April 30.

Whether attached to a handbag, keys, backpack, or other items, AirTag taps into the vast, global Find My network and can help locate a lost item, all while keeping location data private and anonymous with end-to-end encryption. AirTag can be purchased in one and four packs for just Rs 3,190 and Rs 10,900, respectively. 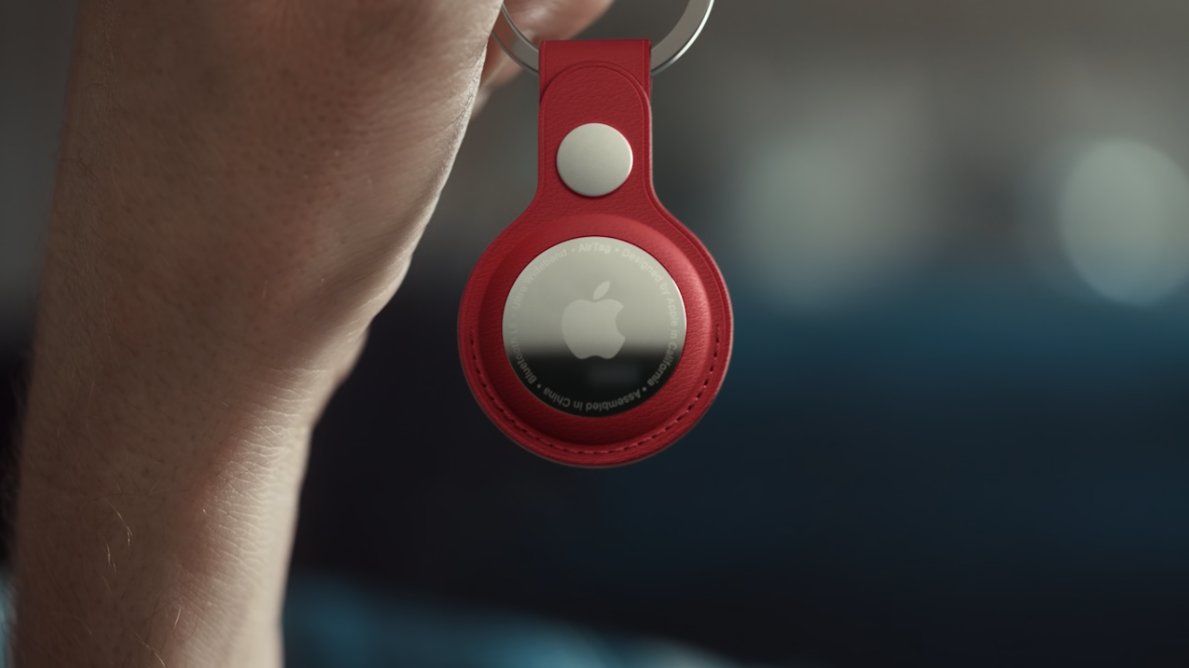 Each AirTag is IP67 water- and dust-resistant and has a built-in speaker that plays sounds to help locate AirTag, while a removable cover makes it easy for users to replace the battery. AirTag features the same quick setup experience as AirPods where one can just bring the AirTag close to iPhone and it will connect. Users can assign AirTag to an item and name it with a default like “Keys” or “Jacket,” or provide a custom name of their choosing.

Once AirTag is set up, it will appear in the new Items tab in the Find My app, where users can view the item’s current or last known location on a map. If a user misplaces their item and it is within Bluetooth range, they can use the Find My app to play a sound from the AirTag to help locate it. Users can also ask Siri to find their item, and AirTag will play a sound if it is nearby. 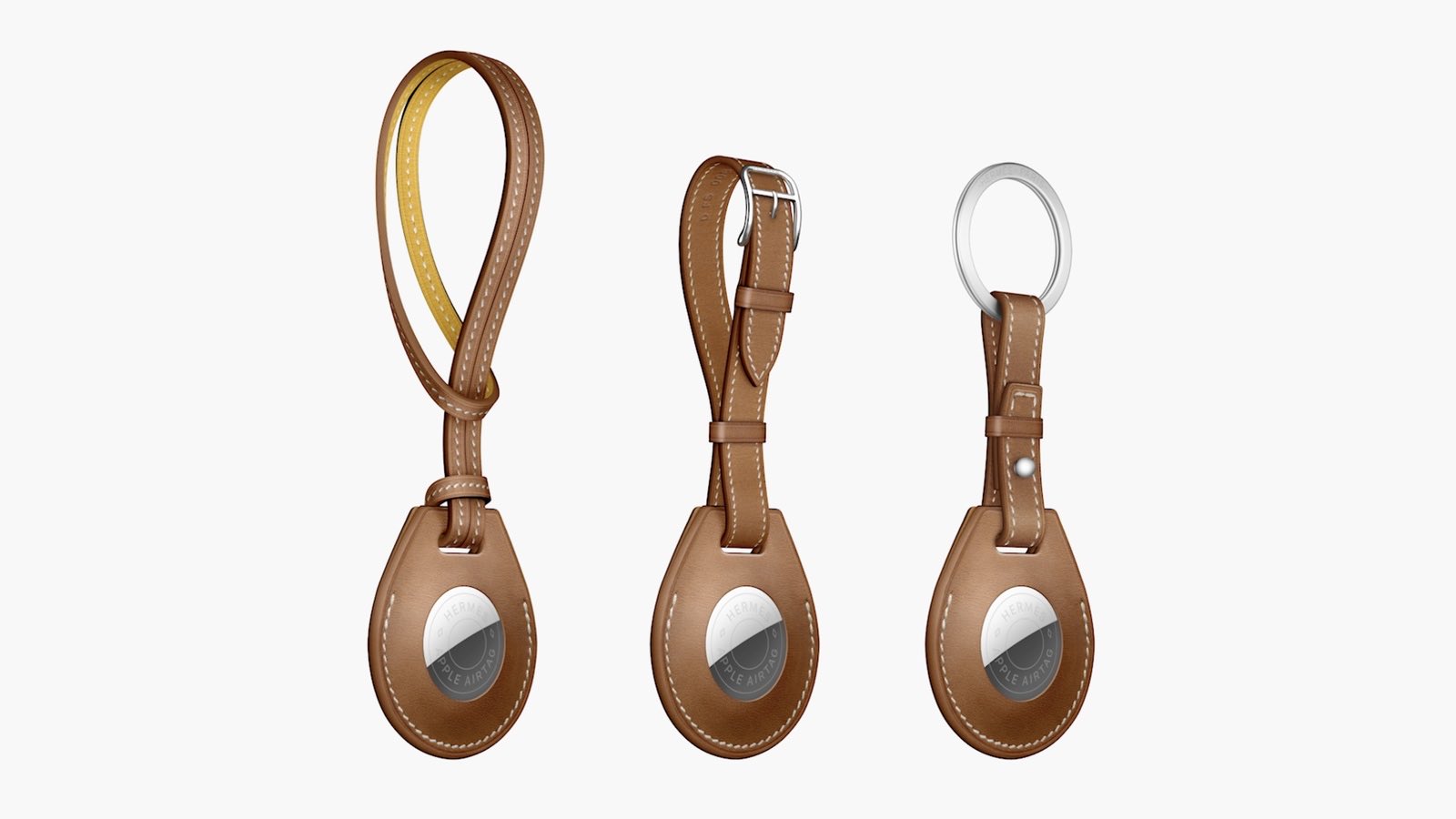 Each AirTag is equipped with the Apple-designed U1 chip using Ultra Wideband technology, enabling Precision Finding for iPhone 11 and iPhone 12 users. If AirTag is separated from its owner and out of Bluetooth range, the Find My network can help track it down. The Find My network is approaching a billion Apple devices and can detect Bluetooth signals from a lost AirTag and relay the location back to its owner, all in the background, anonymously and privately.

Users can also place AirTag into Lost Mode and be notified when it is in range or has been located by the vast Find My network. If a lost AirTag is found by someone, they can tap it using their iPhone or any NFC-capable device and be taken to a website that will display a contact phone number for the owner, if they have provided one.

AirTag includes support for the accessibility features built into iOS. Precision Finding using VoiceOver, for example, can direct users who are blind or low-vision to AirTag with directions like “AirTag is 9 feet away on your left.” AirTag is designed from the ground up to keep location data private and secure. No location data or location history is physically stored inside AirTag. Communication with the Find My network is end-to-end encrypted so that only the owner of a device has access to its location data, and no one, including Apple, knows the identity or location of any device that helped find it.

Apple-designed AirTag accessories include the Leather Key Ring in Saddle Brown, (PRODUCT)RED, and Baltic Blue for Rs 3590 the Leather Loop in Saddle Brown and (PRODUCT)RED for Rs 3990. Customers can also personalize their AirTag with free engraving, including text and a selection of 31 emojis, when purchasing from apple.com. 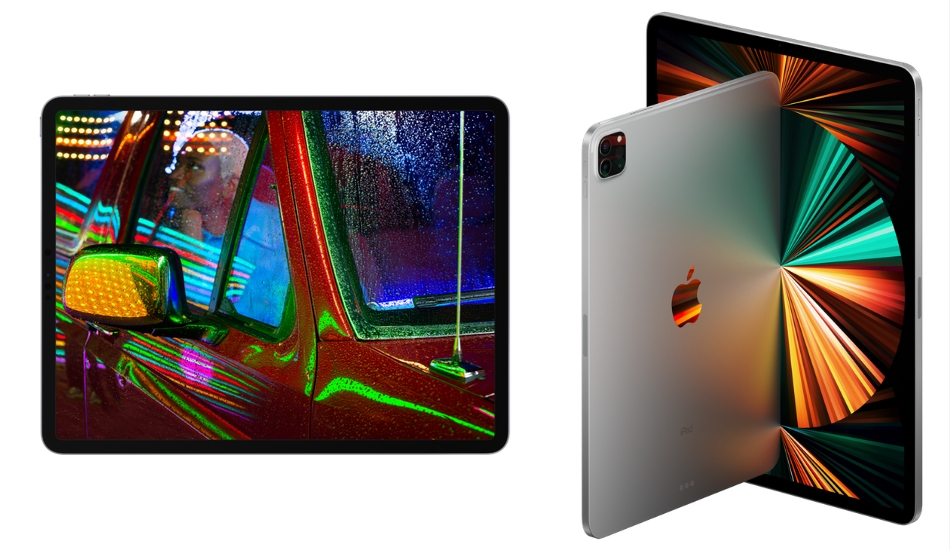 The new 12.9-inch iPad Pro features a new Liquid Retina XDR display that brings extreme dynamic range to iPad Pro and is powered by Apple’s M1 chip making it one of the most powerful tablets available in the market. Powerful custom technologies, including a next-generation 16-core Apple Neural Engine, an advanced image signal processor (ISP), a unified, high-bandwidth memory architecture with up to 16GB of memory, 2x faster storage, and up to 2TB capacity makes iPad Pro more capable for the power users. 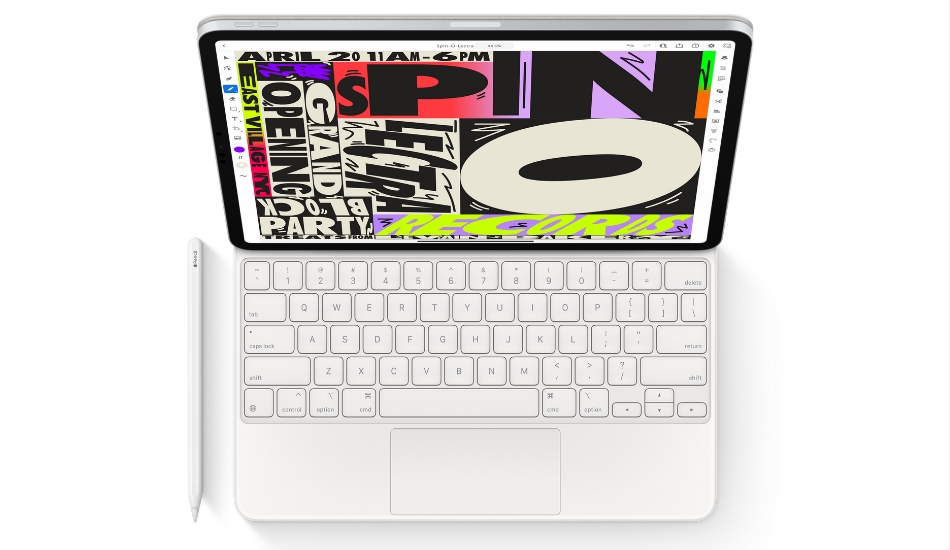 Featuring the most 5G bands on any device of its kind, iPad Pro offers the broadest 5G coverage worldwide. iPad Pro models in the US support millimetre wave, the higher frequency version of 5G, allowing iPad Pro to reach speeds up to 4Gbps. iPad Pro also features support for eSIM, making it easy to find a network and sign up for a 5G data plan on the

Support for Thunderbolt and USB 4 makes the USB-C port on iPad Pro the fastest, most versatile port ever on an iPad, with 4x more bandwidth for wired connections than the previous iPad Pro — up to 40Gbps. The TrueDepth camera system on iPad Pro features an all-new 12MP Ultra Wide front camera designed specifically for iPad, enabling Center Stage, a new experience for video calls. Center Stage uses the much larger field of view on the new front camera and the machine learning capabilities of M1 to recognise and keep users centered in the frame. 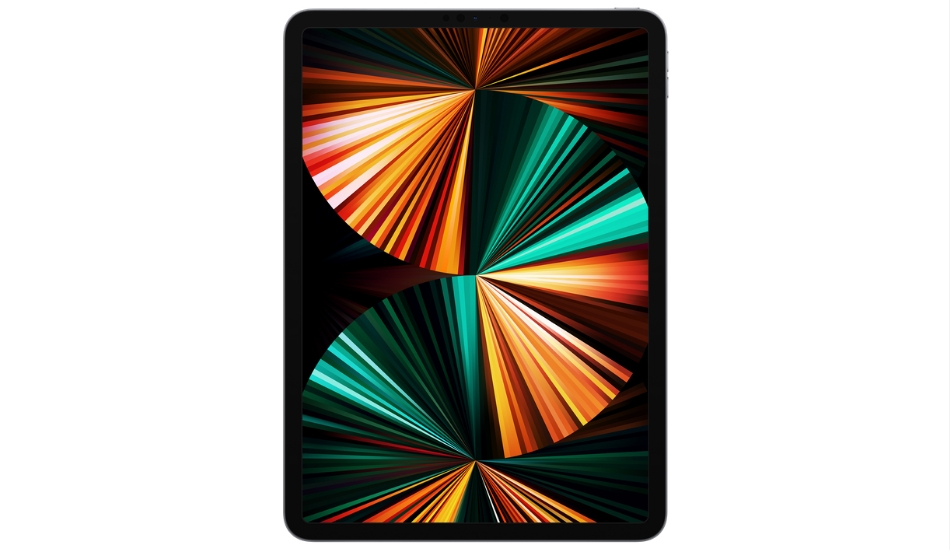 As users move around, Center Stage automatically pans to keep them in the shot. When others join in, the camera detects them too, and smoothly zooms out to fit everyone into the view and make sure they are part of the conversation. iPadOS 14.5, which will be available to iPad customers starting next week, comes with new additions, including expanded language support for Apple Pencil® features like Scribble and Smart Selection, new emoji, support for the latest gaming controllers, and the ability to share lyrics and see top songs in cities around the world with Apple Music. 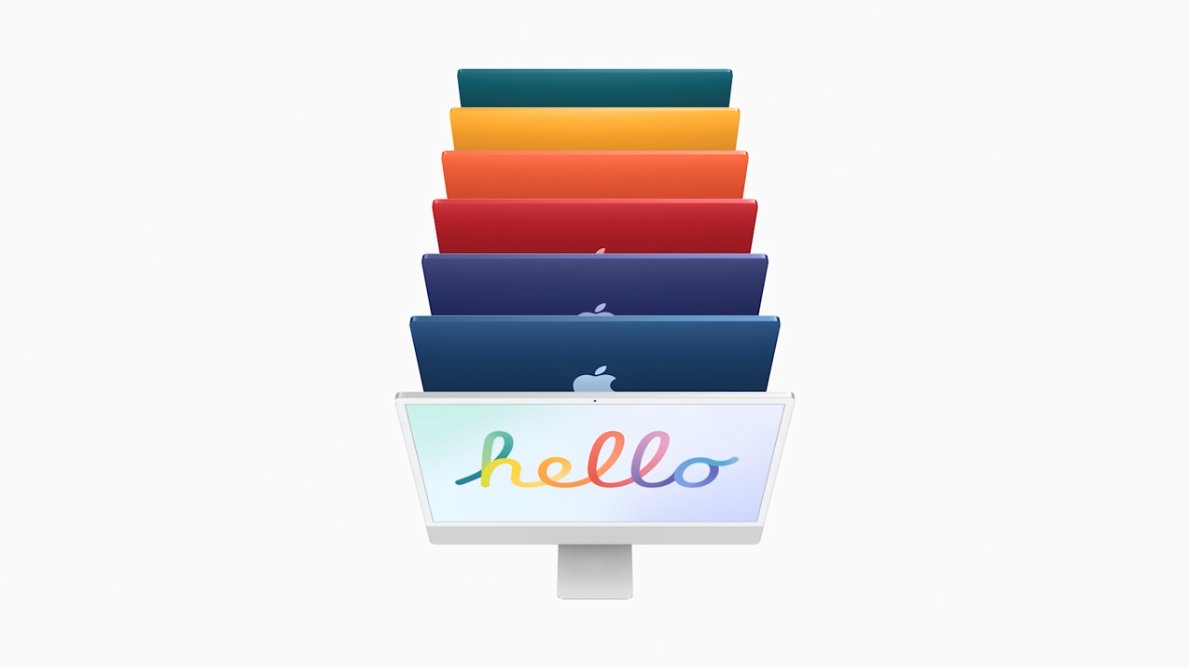 Powered by the M1 chip, the new iMac offers powerful performance in a design that’s just 11.5 millimeters thin. Available in an array of vibrant colours to match a user’s personal style and brighten any space, iMac features a 24-inch 4.5K Retina display with 11.3 million pixels, 500 nits of brightness, and over a billion colours, delivering a vivid viewing experience. The new iMac also includes a 1080p FaceTime HD camera, studio-quality mics, and a six-speaker sound system. 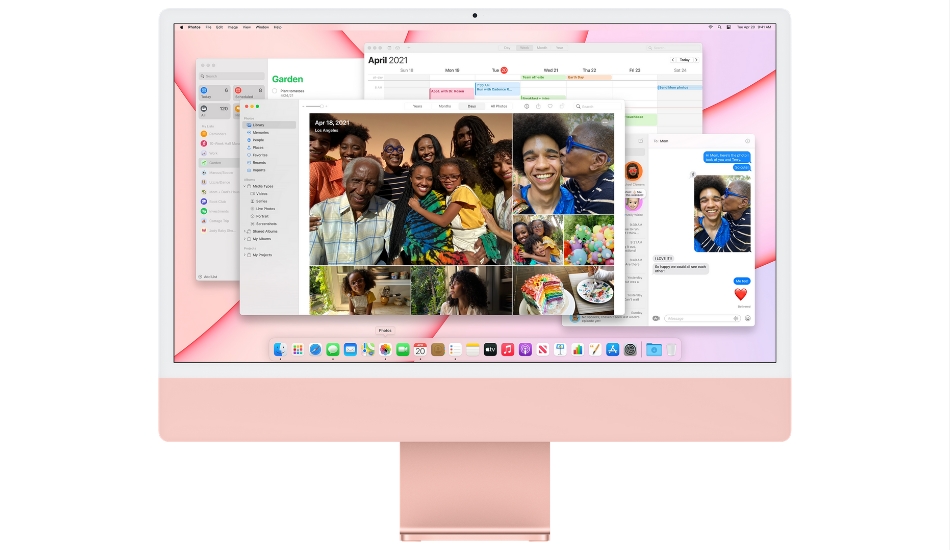 Also, Touch ID comes to iMac for the first time, making it easier than ever to securely log in, make purchases with Apple Pay, or switch user profiles with the touch of a finger. Implemented wirelessly on Magic Keyboard, it uses a dedicated security component on the keyboard that communicates directly with Secure Enclave in M1, creating an encrypted channel to protect users’ fingerprint data from end to end. 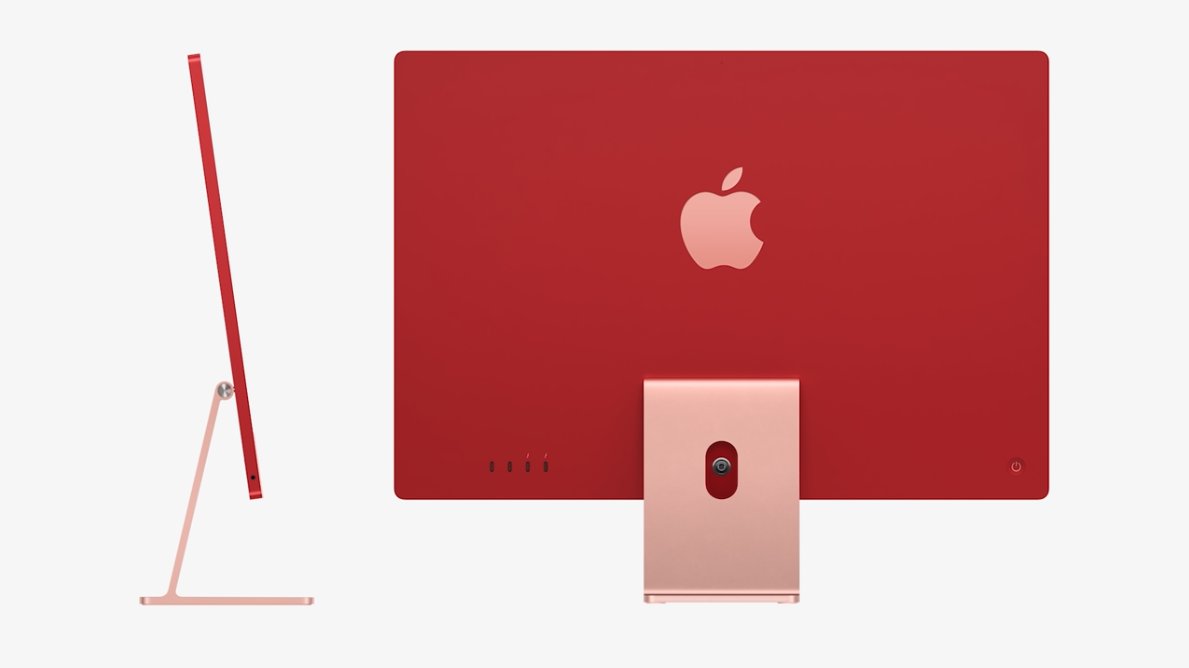 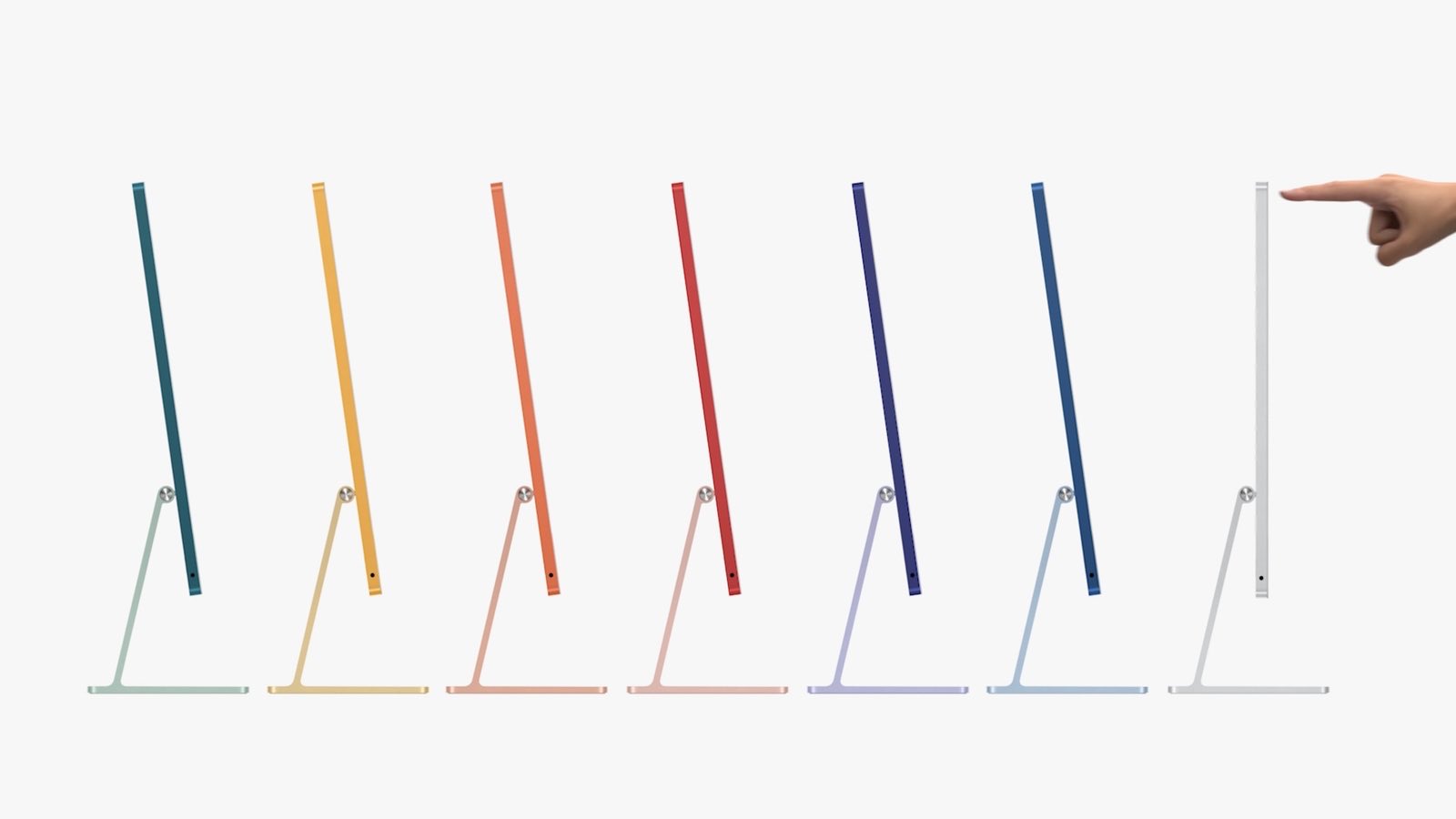 The new 24-inch iMac is available to order beginning Friday, April 30, on apple.com. It will begin arriving to customers and be available in select Apple Authorised Resellers beginning in the second half of May. iMac with 7-core GPU starts at Rs 1,19,900, and is available in green, pink, blue, and silver. It features an 8-core CPU, 8GB of unified memory, 256GB SSD, two Thunderbolt ports, Magic Keyboard, and Magic Mouse.