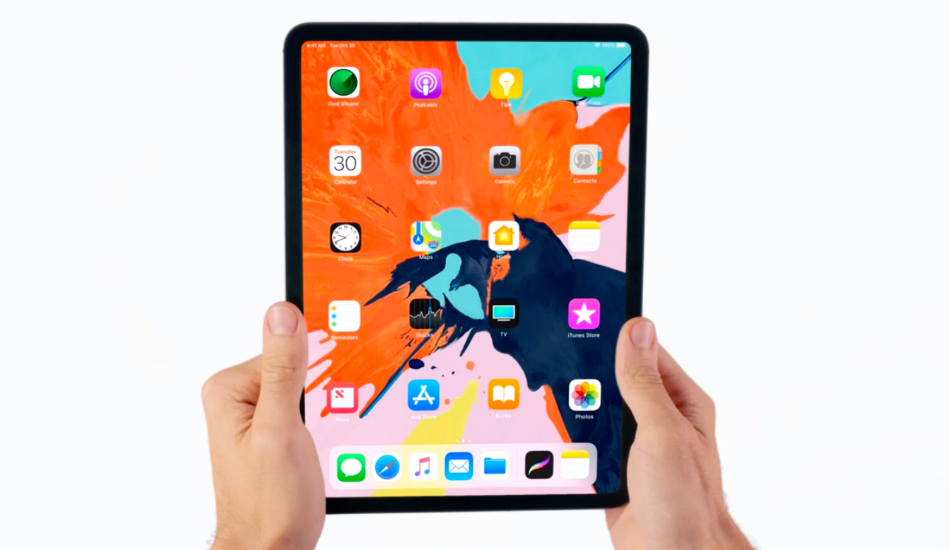 The new iPad Pro comes in two sizes - 11-inch and 12.9-inch, both of which now let go of a home button for the first time in order to expand the screen real estate. The bezels on the display are significantly smaller and the display itself is a Liquid Retina Display that was previously implemented on the iPhone XR

Soon after the announcement of the all-new MacBook Air 2018, Apple has revealed the redesigned iPad Pro with a larger display and smaller bezels. The Apple tablet comes with the latest A12X Bionic chip, a USB-C port for connectivity and Face ID for a starting price of $799 (approx. Rs 58,000).

The new iPad Pro comes in two sizes – 11-inch and 12.9-inch, both of which now let go of a home button for the first time in order to expand the screen real estate. The bezels on the display are significantly smaller and the display itself is a Liquid Retina Display that was previously implemented on the iPhone XR. With the removal of the home button, the new iPad Pro adopts gesture navigation from the iPhone X.

Unlike the new MacBook Air, Apple has decided to remove the 3.5mm headphone jack. However, a significant new addition to the tablet comes in disguise of Face ID which is now possible with the TrueDepth camera which is present on the iPhone X, XS, XS Max and iPhone XR. There’s no notch but a flat black bezel on top which houses all the required sensors. Adding Face ID means, the iPads for the very first time will feature Animoji and Memoji.

The iPad Pro 2018 is powered by Apple’s latest A12X Bionic chip which is an octa-core CPU that performs 35 percent faster in single core tests and up to 90 percent faster on multi-core tests. The inbuilt 7-core GPU offers what Apple says is Xbox One S-like performance in a smaller package. The tablet will offer up to 1TB of flash storage right onto the device and a USB-C port which allows it to be connected to 5K displays and other peripherals with ease, unlike that of Apple own Lightning connector. 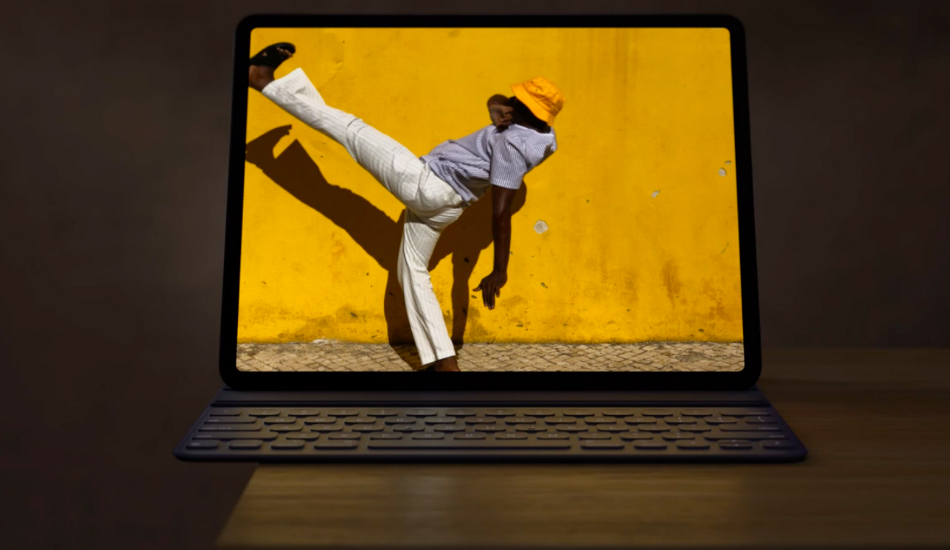 Apple has crammed in four sets of speakers on the new iPad Pros offering a wider stereo sound experience. There’s a 12MP camera at the back capable of shooting 4K videos at 60fps. The iPad Pro will come with Gigabit LTE, an 18W charger and up to 10 hours of battery life.

And then there’s the brand new Apple Pencil which attaches to the iPad Pro magnetically and charges wirelessly. Priced at $129 (approx. Rs 9,500), the Pencil comes with tap functions that let you switch between tools in productivity apps and perform other actions. Apple is also launching a Smart Keyboard Folio to allow the new iPad Pro to rest in for different angles of usage, available for $179 (approx. Rs 13,200).