Airtel has revised its Rs 97 recharge plan for the prepaid customers. The Rs 97 prepaid recharge from Airtel is now offering less data benefits as compared to 2GB data it was offering earlier.

Airtel launched Rs 97 prepaid plan in July this year with 14 days validity. The plan was offering its customers 2GB data for the entire validity period. Additionally, the plan also offers unlimited, local and STD calling. There are 100 SMS per day in the plan also. 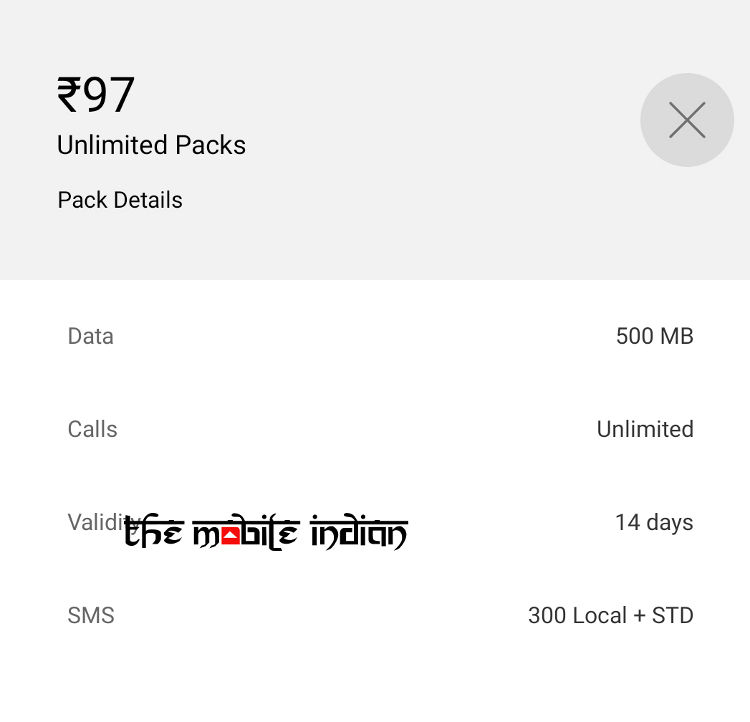 Now after revision, the plan is offering 500MB data for the same validity period. This means that the users will now get reduced data benefits. Other benefits of unlimited calling remain the same. For the messages, it is now offering 300 SMS for the entire validity period.

Airtel recently rolled out a new Rs 599 plan for its prepaid customers with a validity of 84 days. The Rs 599 prepaid plan from Airtel offers 2GB of data per day for 84 days in addition to unlimited national calls and 100 SMSes. But the highlight of the plan comes with the inclusion of an insurance cover worth Rs 4 lakh which Airtel is offering in partnership with Bharti AXA Life Insurance.