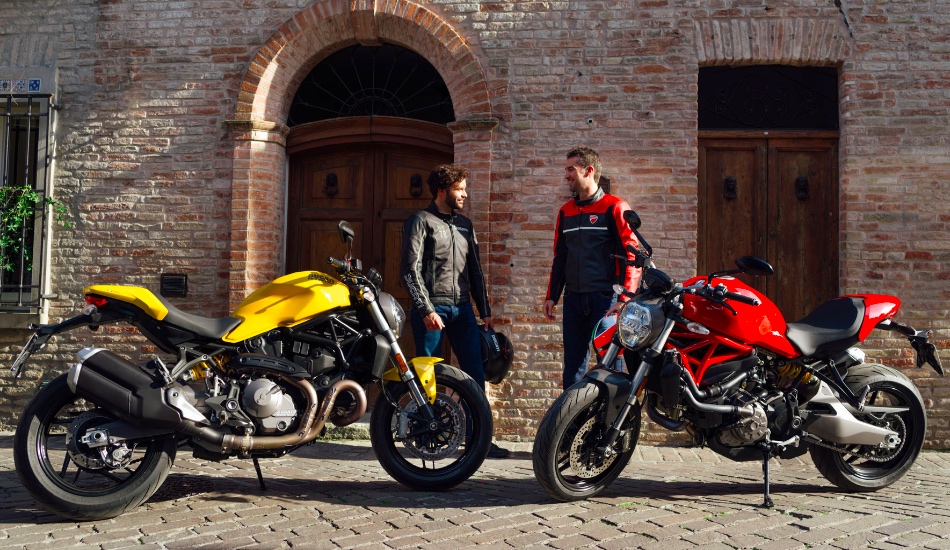 The Ducati Monster 821 will be rivalling the Triumph Street Triple S, Yamaha MT-09 and the recently launched Suzuki GSX-S750

The Volkswagen owned motorcycle manufacturer, Ducati is all set to launch the 2018 Monster 821 in India at an expected price tag of Rs 9.5 lakh (ex-showroom). According to the teaser image on the company’s Twitter handle, the bike will be launched on May 1, 2018, which will later hit the roads in May end or early June.

In the teaser image, the machine spots the iconic tank design with a fastening hook, just like the first Monster born in 1993. The 821 badgingcan be seen above the tank cap, which is just below the Italian flag – Origin Country of the brand. 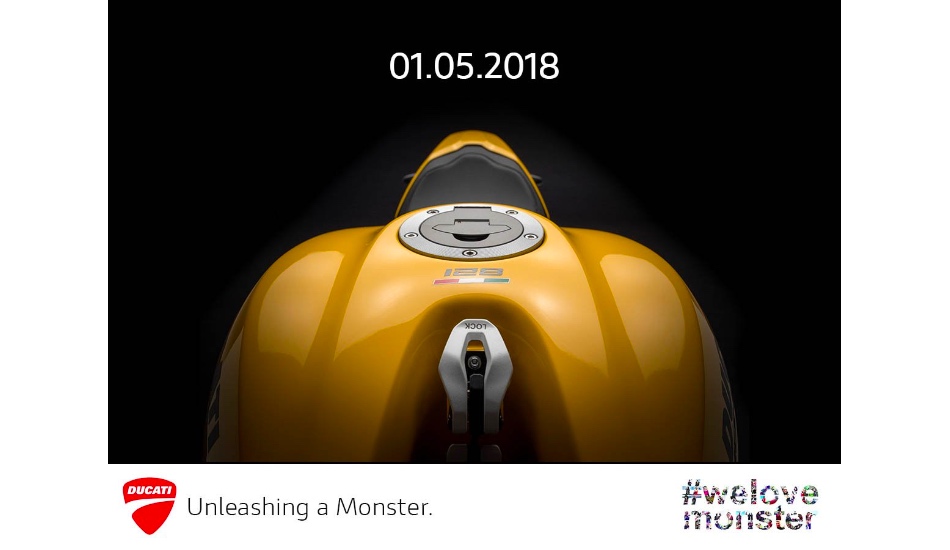 Rivalling the Triumph Street Triple S, Yamaha MT-09 and the recently launched Suzuki GSX-S750, the machine will be equipped with a BS-VI, 821cc displacement, V-twin engine. It will be capable of generating maximum power of 108 bhp at 9250 rpm, which is 2 bhp lesser than the BS-III engine and peak torque of 86 Nm at 7750 rpm. Mated to a 6-speed transmission the machine is claimed to deliver the mileage of 18.5 kmph. 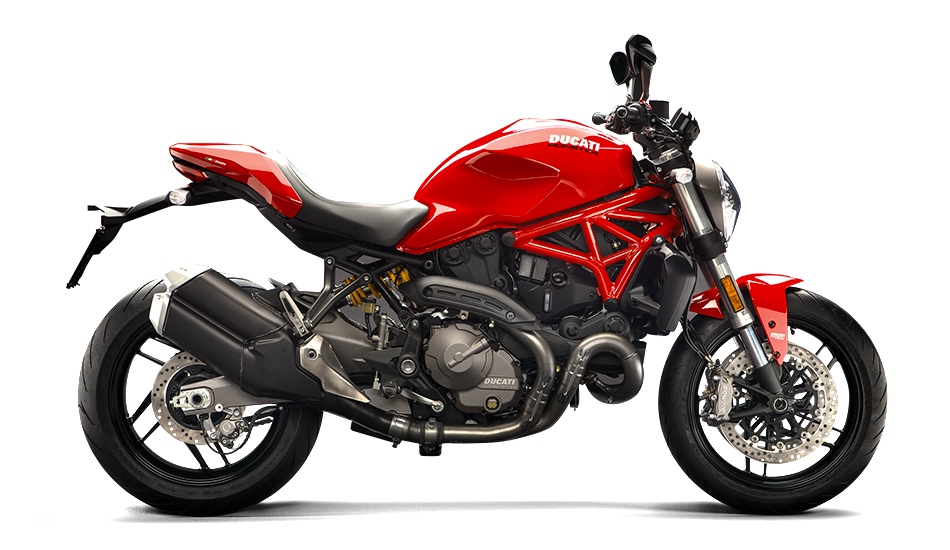 Similar to the BS-III Monster, the 2018 edition rides on the 43mm upside down forks at the front and an adjustable mono-shock unit at the rear. In terms of safety, the Ducati gets a Brembo M4-32 callipers on 320 mm dual discs and a 245mm single-disk unit with a new electronics package that includes Ducati Safety Pack with three-level Bosch ABS, eight-level traction and three riding modes – Urban, Touring and Sport.

Meanwhile, Ducati hasannounced that the company is working on its new Advanced Rider Assistance System also known as the ARAS. The new safety support system will be equipped with the radar technology at the front and rear of the bikes coming in 2020. The front radar will be coupled with the bike cruiser control system for highways.It allows the motorcycle to maintain a safe distance from the ahead moving vehicle in the cruising mode. While, the rear radar will alert the traveller in case of high-speed traffic approaching from behind, and will give enough time to biker to react.