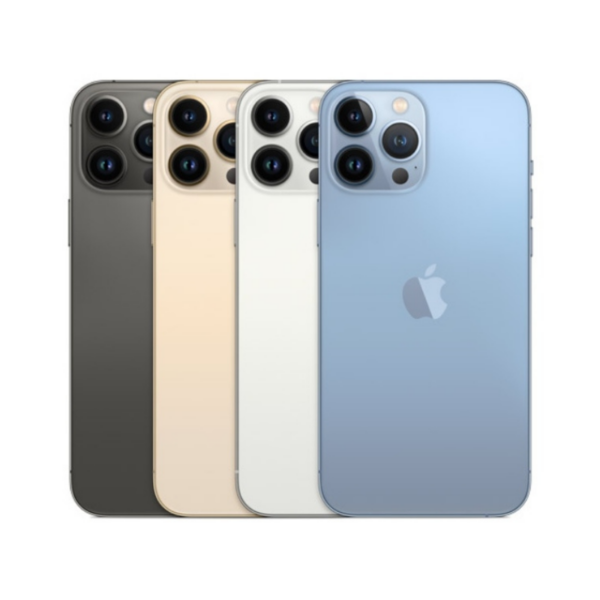 Both the Pro models have finally gotten 120Hz LTPO panels. The iPhone 13 Pro comes with a 6.1-inch Super Retina XDR OLED panel. The iPhone 13 Pro Max features the biggest panel on an iPhone this year again with a 6.7-inch OLED display. These panels have support for HDR 10, Dolby Vision, and 1600 nits of peak brightness.

Under the hood, all four iPhones are powered by the company’s new A15 Bionic chipset which promises improved overall performance. It gets faster machine learning with its next-generation Neural Engine. As Apple says, this chipset is the most advanced that Apple has created to date. The Pro models get up to 1TB of storage with up to 12GB of RAM.

There’s a 12MP camera on the front of the series with an f/2.2 lens. You also get 3D facial recognition inside a smaller notch this year compared to the previous generation of iPhones. The iPhone 13 Pro Max packs a battery that gives 28 hours of video playback while the Pro gives out 22 hours of playback. Both come with 25W fast charging and 15W wireless charging support via MagSafe chargers.

The iPhone 13 series gets Bluetooth 5.2, Wi‑Fi 6 (802.11ax) with 2×2 MIMO, Ultra Wideband chip for spatial awareness and NFC with reader mode. Additionally, you get stereo speakers as well and a lightning port for fast charging and IP68 water resistance. The iPhones run on iOS 15, Apple’s latest software.

iPhone 13 Series: Should you upgrade from iPhone 12, What’s New?