Smartphones which are priced around Rs30,000 are usually considered value for devices especially when one doesn't want to spend a bomb on buying expensive flagship devices form players like Samsung and Apple.

The smartphones under the price bracket of Rs 30,000 are considered as the mid-premium segment, a bridge between the flagship or premium series and budget segment. This is the category where the users get the best of both worlds. One gets a premium design along with impressive specifications, which is comparable to flagship range, but at a more affordable price tag. Here we present to the Top 5 smartphones under Rs30,000.

It is worth noting that the smartphones are not any specific order.

Honor View 10 was announced last year in Decemberand is available at a price tag of Rs 29,999 exclusively on Amazon India. The phone comes in Navy Blue and Midnight Black colour options. 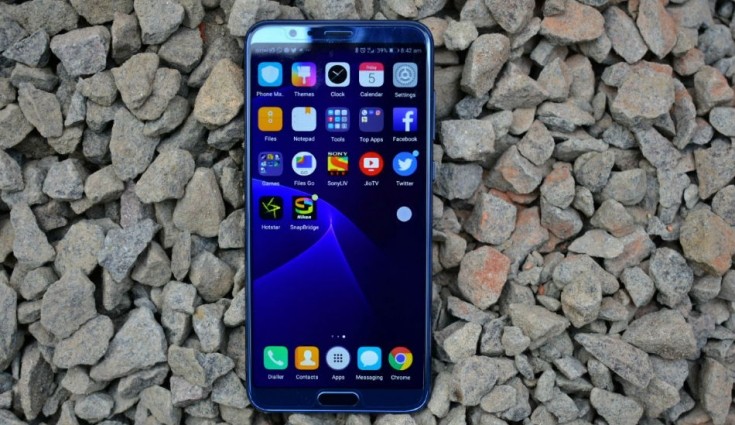 The major highlight of the smartphone is the new dedicated mobile AI processor. The Kirin 970 chipset used in Honor View 10 comes with a Neural-Network Processing Unit (NPU), which is used to power new AI applications which recognise different scenes when taking photos, translates different languages in real-time even without an Internet connection and understand user’s behaviours and optimises the phone’s performance.

Coming to the specifications, the Honor View 10 features a 5.99-inch full HD+ (2160 x 1080 pixels) FullView display with an aspect ratio of 18:9. It is powered by a 2.4GHz octa-core Kirin 970 processor along with the Mali G72 MP12 GPU. It is backed up by 6GB RAM and 128GB of internal storage, expandable up to 256GB via micro SD card. The smartphone runs on Android 8.0 Oreo operating system based on company’s EMUI 8.0 and gets its strength from a 3750 mAh battery with fast charging support.

As far as cameras are concerned, it comes with a dual rear camera setup of 20-megapixel and 16-megapixel with f/1.8 aperture, LED flash, PDAF and 4K video recording. In the front, a 13-megapixel shooter with f/2.0 aperture has been provided for selfies. Honor View 10 spots a fingerprint scanner, a Hybrid Dual SIM tray, 4G LTE with VoLTE, WiFi, Bluetooth 4.2, GPS, 3.5mm headphone jack, USB Type-C port and NFC.

The Moto X4 was unveiled in late 2017 in India, however, the new 6GB variant was launched in February 2018 for Rs 24,999 (available on Flipkart). Quickly briefing out the specifications, the smartphone comes with an aluminium frame and glossy back wrapping a 5.2 inch full HD display with the resolution of 1080 x 1920 pixels. Moto X4 is packed with a 3000 mAh non-removable battery. It supports TurboPower charging technology as well through which one gets juice for up to 6 hours in just 15 minutes. 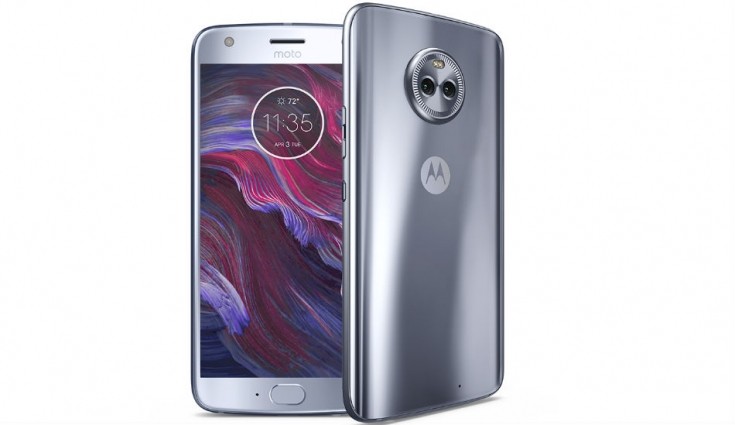 Further, the device has 64GB of internal storage which is expandable up to a 2TB via micro SD card. For connectivity, the device comes with dual SIM functionality and has Bluetooth 4.0 LE, WiFi (a/b/g/n), NFC, 3.5 mm port etc. Apart from that, it sports a fingerprint scanner, accelerometer, ambient light sensor, gyroscope, magnetometer, proximity, and audio monitor.

After the latest price cut in October, the Samsung Galaxy C9 Pro is now retailing at Rs 29,900and is available for purchase via various e-commerce portals like Amazon India and Flipkart and across retail channels as well. The device comes in Gold and black two colour options. 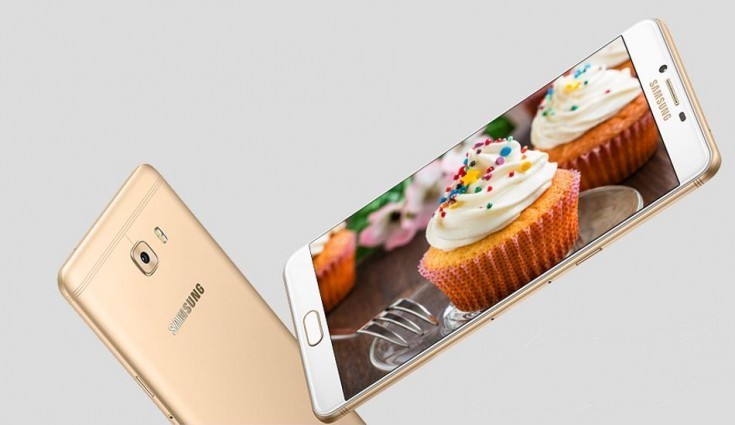 Starting with the specification, Galaxy C9 Pro is powered by an octa-core Snapdragon 653 processor and Adreno 510 GPU. The phone is backed up by 6GB RAM and 64GB internal memory which is further expandable up to 256GB via microSD card. The smartphone runs on Android 7.1 Nougat operating system and houses a 4,000 mAh battery along with the fast charging technology.

As far as display is concerned, a 6-inch display with full HD (1920 x 1080 pixels) AMOLED display and an all-metal unibody. It has a single 16-megapixel lens at the rear with dual-tone LED flash, f/1.9 aperture. At the front, it comes with a 16-megapixel selfie camera.

HMD Global has launched the Nokia 8 last year in September at Rs 36,999, which is now available at a price tag of 28,999 on Amazon India. The flagship smartphone comes in four colour options– two with the glossy finish and two in Matte Polished Copper, Polished Blue, Tempered blue and Steel. 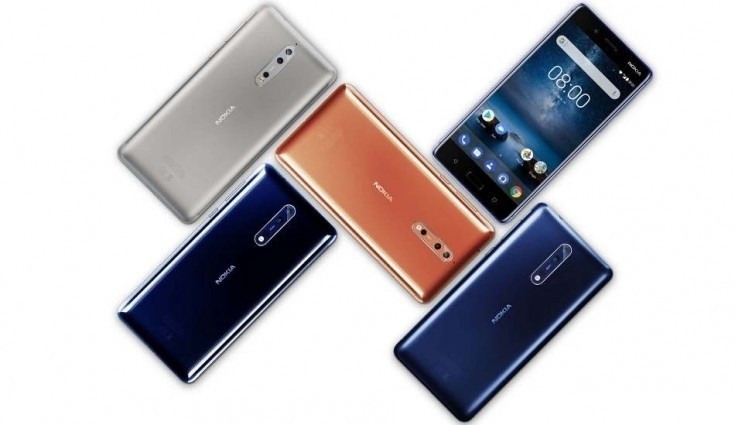 Recollecting some key specs, it sports a 5.3-inch IPS QHD display with a resolution of 2560 x 1440 pixels. At the front, it is protected by Corning Gorilla Glass 5 in a 2.5D finish. The Nokia 8 is powered by an octa-core Snapdragon 835 processor with 4GB of RAM along with 64GB of internal storage which can be expanded to 256GB.

On the camera front, the primary dual-lens camera includes 13-megapixel + 13-megapixel sensors with dual-tone Flash with an aperture of f/2.0, PDAF and IR range finder. At the front, there is a 13-megapixels PDAF, 1.12um, f/2.0 selfie camera. The IP54 splash proof Nokia 8 comes with 3.5mm ADJ headphone jack and USB 3.1 Type-C. It has a hybrid dual-SIM card slot and is powered by a 3,090 mAh battery.

We are familiar with the fact, that this is about the top 5 smartphones under Rs 30,000 price tag, but with extra Rs 3,000, you don’t have to satisfy yourself with a mid-premium smartphone. The OnePlus 5T is definitely a flagship killer smartphone with the price tag of Rs 32,999, available in Midnight Black colour. 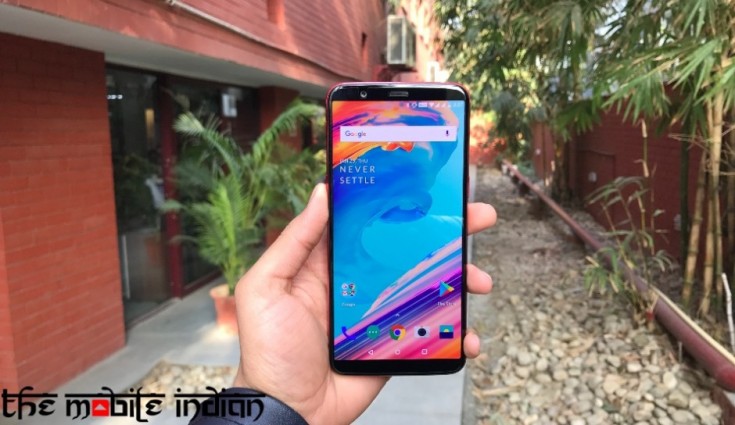 The smartphone will be powered by the latest Qualcomm Snapdragon 835 processor along with Adreno 540 GPU. It is backed up by 6GB RAM and 64GB storage. OnePlus 5T spots a 6.01-inch Full Optic AMOLED display with a screen resolution of 2160 x 1080 pixels and an aspect ratio of 18:9.

On the camera front, it features a dual-camera setup at the rear panel with a combination of 16-megapixel + 20 megapixels, while for the front, it has a 16-megapixel selfie lens. OnePlus 5T run on Android 8.0 Oreo based on OxygenOS.

The phone bears a 3,300mAh battery along with Dash Charge technology for fast charging. The smartphone features a new Face Unlock feature, which can unlock the smartphone in 0.3 seconds. The fingerprint sensor is moved on the rear panel and it can unlock the device in just 0.2 seconds.